English author Terry Pratchett will be best remembered for his work as a fantasy novelist, and for his services to literature, but like all great writers, Pratchett had this natural ability to touch on many different topics through a limited amount of words.

'Coming back to where you started is not the same as never leaving,' is an extract from his novel A Hat Full of Sky. 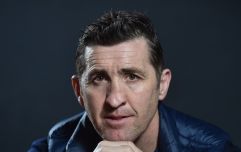 Paschal Collins wants doping to be criminalised in boxing

END_OF_DOCUMENT_TOKEN_TO_BE_REPLACED

'The trouble with having an open mind, of course, is that people will insist on coming along and trying to put things in it,' is a line from Diggers, the second book from his Bromeliad Trilogy.

Some of these quotes may apply to Gorey boxer Niall Kennedy, some of them may not, but this line from Pratchett's I Shall Wear Midnight novel may aptly describe Kennedy's journey thus far.

Kennedy knows where he's from; he's from Gorey, Co. Wexford.

He knows where he is; he's standing with his arm leaning against the counter at the front of Paschal Collins' Celtic Warriors Gym in Corduff, Co. Dublin.

He knows where he's going - next Saturday he will head to Plainridge Park Casino, Plainville, Masacheuttus, to face Danny Calhoun in his 10th professional boxing bout - but he also knows where he has gone wrong and where he continues to make mistakes. 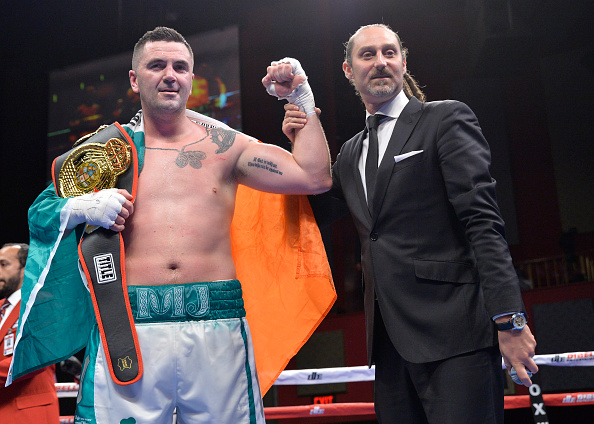 Collins helps him address his faults in the ring, and how to fix any technical problems that may arise in the squared circle, but addressing his past is a more complex issue.

"I definitely learn from my mistakes, because my natural talent, not that I have a massive amount of it, but it got me everywhere," said Kennedy.

"I didn't train hard, I didn't apply myself, I was too fond of drink and I went down bad roads and made bad decisions.

"But at some point everything started to fall together for me at the right time. I got married to my partner Niamh in 2015, I had a little boy [MJ] this year, and he's four months old now, and things have just fallen into place for me.

"I've always tried to be good and get good results but sometimes I let myself down in what I've done, but I just want to make my son proud, make my my parents proud and Gorey Boxing Club proud because I know that I've left titles behind that I should have won." 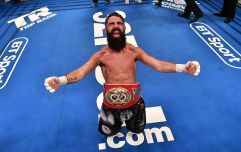 'My fiancée was working two jobs just so I could box'

END_OF_DOCUMENT_TOKEN_TO_BE_REPLACED

Since turning pro in 2015 Kennedy has compiled an impressive 9-0 record, he has won the USA New England Heavyweight Title and the USA Massachusetts State Heavyweight Title, and he's sparred with Anthony Joshua.

Training with the WBA, IBF and IBO champion has taught him that he's closer to the top of the mountain than he initially realised, but even with the invaluable experience of mixing it up with the best Heavyweight in boxing, Kennedy is still convinced that he's not even the best boxer from Willow Park.

"I'm not even the best boxer in my housing estate," Kennedy adds in a tone of absolute certainty.

"Willow Park would be one of the tougher housing estates in Gorey, full of great people, but a lot of the young lads in it would have boxed in Gorey Boxing Club. I only won one Irish title as an amateur. I wouldn't have had the success that Darren O'Toole and I would have deserved.

"I was lazy and I went through ups and downs. I lost a good friend to suicide at 19 and I struggled. I'd still be under pressure with it now but I struggled for a long time at the time.

"I didn't go down a bad path but I made bad decisions. If I had trained and applied myself, I would have loved to have known how good I could have been as an amateur, especially if I had been training the way I am now.

In the book of Niall Kennedy's life, a lot of characters have been added between chapters 19 and 33. 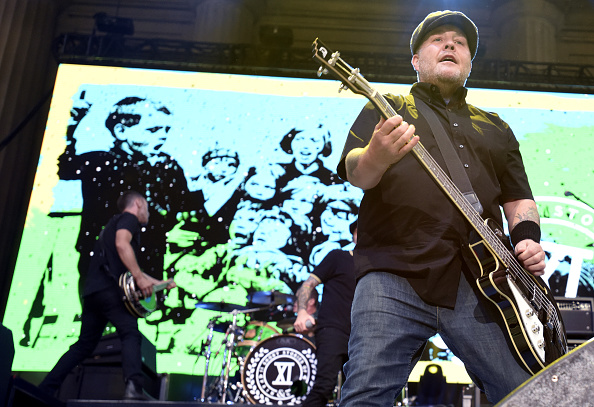 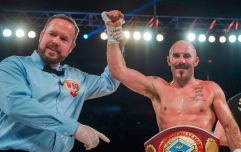 END_OF_DOCUMENT_TOKEN_TO_BE_REPLACED

His partner Niamh Leacy, his promoter Ken Casey, a bass guitarist for the Dropkick Murphys when he's not busy acting as a fight promoter, and Paschal Collins have all been key figures in Kennedy's journey, but he credits his family doctor Brian O'Doherty for saving his life at a time when he was not sure if he had the strength to carry on.

"As it is now, things are brilliant. I have spoke about it before but I suffered badly with depression," he said.

"I got into dark holes and if my journey helps a young lad struggling with depression, who thinks he's under pressure and he can't see the light, I want him to know that there is a light.

"They need to know that there is another day and to keep working and keep pushing.

"We all have dark days, everybody does. If you can just be around people that have that positivity about you that’s the way forward.

"And don’t be afraid to talk to people about things. If I hadn’t went to my doctor, the harsh reality is I would be dead now.

"I have dark days still but I hope this can help other lads get through what they're going through. I want to show young lads that if you f**k up there is a way back and it's not the end of everything."

At 33, it's not the end for Kennedy but merely another beginning.

His life doesn't read like a Terry Pratchett fantasy novel, it's not supposed to, but then again, his life in professional boxing has become a fantasy worth living.


popular
"I never really cried or got emotional over what I've done as an individual. I couldn't give a s***"
"I was off the grid" - Aidan O'Shea respond's to Mayo criticism after club championship win
"If I break my wrist, it's on f***ing both of you." - Koepka and Berger act the spoiled child
'I won The Open by six shots in my home country, but this was the best week of my golfing career'
Final Ryder Cup player ratings a tough read for some Team Europe big guns
The FootballJOE Pub Quiz: Week 7
Borussia Dortmund to change jersey after fans make valid complaint
You may also like
3 years ago
"I want my kids to be able to say 'my daddy was champion of the world'" - Gary O'Sullivan chasing glory and security
1 month ago
Tremendous sportsmanship in Tokyo as Kellie Harrington brings each fighter to the top of the podium
1 month ago
Kellie Harrington delivers fight of her life to claim Olympic gold
1 month ago
Michael Conlan's electrifying ring walk to Irish ballad will give you chills
1 month ago
Tyrone McKenna reveals what two things Irish people are good at in hilarious post-fight interview
1 month ago
Michael Conlan reveals his ring walk song for tonight's homecoming fight in Belfast
Next Page