Simone Biles speaks out after withdrawing from team gymnastics finals

The American withdrew after just one event during the team event on Tuesday.

Simone Biles has spoken out about why she withdrew from the team gymnastic final, saying that she is "okay" and "dealing with things internally."

The 24-year-old is one of the biggest stars of the games but pulled out after completing her vault performance whilst competing for the US team.

END_OF_DOCUMENT_TOKEN_TO_BE_REPLACED

Biles, a four-time Olympic gold medalist, failed to stick the landing on the vault, of which she is usually a master. She posted the worst score of all six competitors, coming in at 13.766.

It was initial reported that Biles explained to her teammates that she was out of the competition, hugging them and wishing them the best for the night. American commentator Hoda Kotb told NBC:

'Simone explained to her team-mates that she was out of the competition. My heart broke for her. I can’t imagine what she’s going through right now.'

Biles later told the BBC: "Yes, I'm okay. Just dealing with things internally that will get fixed out within the next couple of days. But super proud of how they stepped up to the plate tonight and worked." 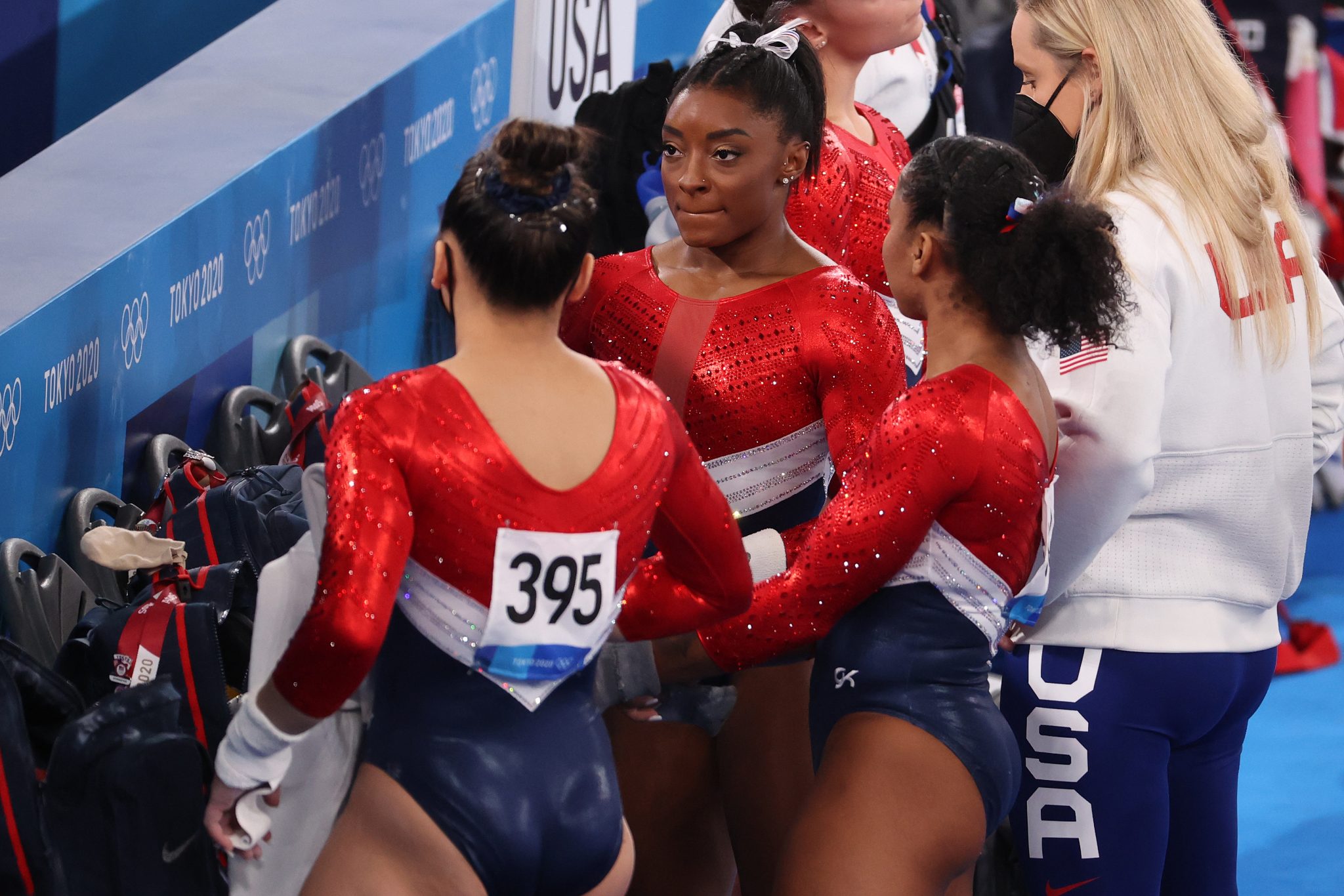 When asked if she would be returning for the individual events on Thursday, she replied: "Yes, thank you."

The team gymnastics final was eventually won by the Russian Olympic Committee, with Team USA settling for silver.


popular
"I never really cried or got emotional over what I've done as an individual. I couldn't give a s***"
"I was off the grid" - Aidan O'Shea respond's to Mayo criticism after club championship win
"If I break my wrist, it's on f***ing both of you." - Koepka and Berger act the spoiled child
'I won The Open by six shots in my home country, but this was the best week of my golfing career'
The FootballJOE Pub Quiz: Week 7
"I told him the absolute truth" - Sergio Garcia on his Ryder Cup talk with Rory McIlroy
Final Ryder Cup player ratings a tough read for some Team Europe big guns
You may also like
3 weeks ago
Kellie Harrington makes her decision between turning pro or staying amateur
1 month ago
"I’ve had some offers" - Kellie Harrington weighs up her options of turning professional or staying ameatuer
1 month ago
"It's crazy, but it's wonderful" - Kellie Harrington reacts to her home becoming a new GAA tourist attraction
1 month ago
Olympic medalist Aidan Walsh has a message for young kids looking to achieve their dreams
1 month ago
"I haven't actually slept since the fight" - Kellie Harrington is still coming to terms with her historic achievement
1 month ago
"I'm like a walrus" - Kenneth Egan's reaction to Kellie Harrington winning gold was priceless
Next Page