"It was a joy to watch" - Jamie Heaslip on his stand-out Ireland vs. Australia moments

Jamie Heaslip has full transitioned from player to pundit, at this stage, but he is still as game-focused as he ever was.

The former Leinster, Ireland and Lions No.8 hung up his boots in 2018 after an illustrious career, and has moved into the world of business, technology, fatherhood and, when he can, talking rugby. He will be at Aviva Stadium, this weekend, with the Amazon Prime team, as his old team gears up for their final Test of the year, against the Wallabies.

Looking back on the Bank of Ireland Nations Series, to date, Heaslip was delighted to see Andy Farrell's side meet the physical 'blunt force' challenge against South Africa, as well as the challenge of playing with the 'favourites' tag.

END_OF_DOCUMENT_TOKEN_TO_BE_REPLACED

As pleased as he was by Ireland toppling the Springboks, he was underwhelmed by the 'paint by numbers' manner of victory against Fiji.

In terms of players outside that core 17 or 18 players that Andy Farrell would pick from, for his starting XV, Heaslip does not feel that any of the fresher faces on the scene - Stuart McCloskey, Robert Baloucoune, Nick Timoney, Jack Crowley, Cian Prendergast, Jimmy O'Brien, etc. - have exactly snatched a jersey [1 to 23] just yet.

Heaslip does name-check Timoney, who scored two tries against Fiji, and Max Deegan as two back rows starting to 'put their hands up more'. 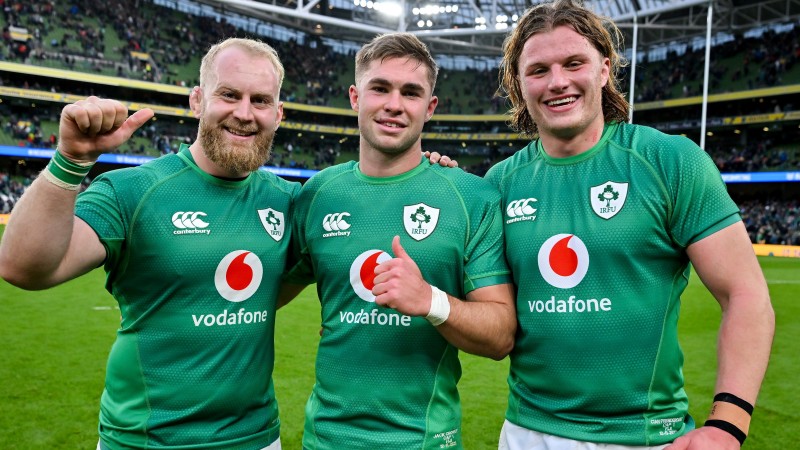 Ireland debutants, from left, Jeremy Loughman, Jack Crowley and Cian Prendergast after the Bank of Ireland Nations Series match against Fiji at the Aviva Stadium. (Photo by Brendan Moran/Sportsfile)
Advertisement

END_OF_DOCUMENT_TOKEN_TO_BE_REPLACED

In terms of other weekend selections, Jamie Heaslip feels Andy Farrell could opt for Bundee Aki being reunited with Garry Ringrose after his eight-week suspension, with Stuart McCloskey even squeezed for the bench due to a lack of versatility.

Just in case Ulster fans are starting to worry that Heaslip is focusing on some of their brighter lights, he notes how Joey Carbery was 'a little pedestrian' against Fiji, and how a good cameo against Australia could do Jack Crowley wonders. If Crowley and Craig Casey, his Munster teammate, do get those bench roles, Heaslip urges, "Now is their opportunity - take it, take your chance."

Looking ahead to this Saturday evening's game, Heaslip smiles as he is asked for his favourite tilt against the Green & Gold. He first refers to Stephen Ferris pick-up rag-doll tackle on Will Genia, then recalls Quade Cooper getting into similar bother.

"The momentum in the last 20 minutes of that [2011 World Cup] game just swung in our favour. I remember we kicked the ball up the field and were all running up the pitch, and Quade Cooper tried to step a few guys.

"He sees Cian Healy - a prop - in front of him and tries to side-step him, and to say Cian opened him up was... he just got him the perfect shot. He stepped in and caught him just under the arm, on the ribs, and hooped him up. Didn't tip him, it was a legitimate tackle - the technique was on point - but you can imagine it. That kind of power, hitting at the right angle at the right time. You're talking about a guy that was 116 kilos at the time, versus some that was 91 kilos. It was a joy to watch."

That World Cup win came over the Aussies at Eden Park in 2011, and marked a shift in power between the two nations.

To Heaslip, that shift began in 2009 in Croke Park when Ireland fought back against a David Pocock-inspired side. "After that day," says Heaslip, "the momentum started to shift."

The Ireland record stands at 5-2 since that day at Croker, and many would be stunned if Australia bring that tally closer, this weekend.

That is what being the favourites is all about.

Jamie Heaslip will be covering this Saturday’s Autumn Nations Series match between Ireland and Australia at 8pm on Prime Video, with coverage starting from 7pm. 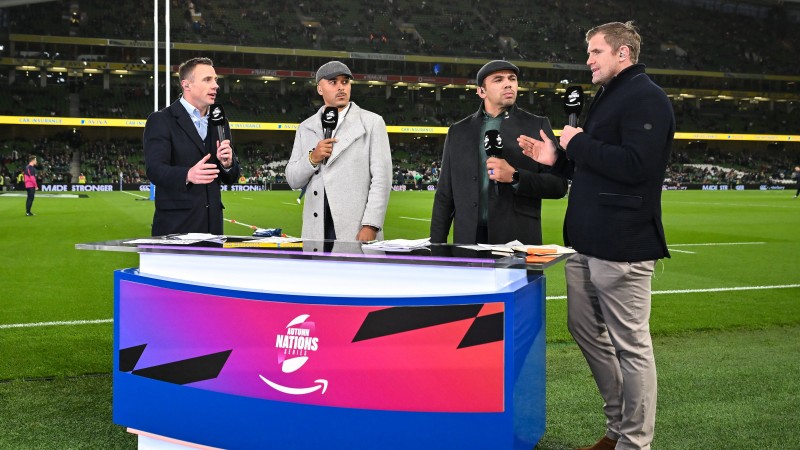 
popular
Talksport presenter puts Martin O'Neill to the pin of his collar over Declan Rice and Jack Grealish
Roy Keane scores winning goal past Micah Richards in ITV v BBC pundits match
World Cup Power Rankings: The top eight pundits of the tournament so far
World Cup Power Rankings: The top 10 players at the tournament ahead of the quarter-finals
Gary Neville sticks up for Ronaldo as contextless pictures and videos taken as gospel
"There's no soccer, hurling, or rugby" - Kilcoo's secret to success
Ballyhale's Colin Fennelly felt Ballygunner's victory speech was disrespectful
You may also like
6 days ago
Shay Given on how far Ireland could've gone at the 2002 World Cup with Roy Keane in the team
6 days ago
From Ireland to Argentina: Alexis Mac Allister's Irish roots explained
1 week ago
Former England international admits he wishes he had played for Ireland
2 weeks ago
Two baffling omissions as four Ireland stars make World Rugby 'Dream Team' of the Year
2 weeks ago
Josh van der Flier claims World Rugby Player of the Year at Monaco ceremony
2 weeks ago
"Highlight of my Ireland career" - Behind the scenes as Jack Crowley and Ross Byrne covered for a legend
Next Page