Down in Munster, this lad has been spoken about for years.

All of Innishannon, Bandon and the entire county of Cork, for that matter, would have been hoarse shouting, today, as Jack Crowley became Ireland international No.1139.

The 22-year-old Munster star replaced his teammate, Joey Carbery early in the second half of a home win over Fiji. It was initially as a Head Injury Assessment but, once Carbery was confirmed as staying off, it became a full debut.

END_OF_DOCUMENT_TOKEN_TO_BE_REPLACED

Tipped from years out as a future Ireland international, Jack Crowley was making those bold predictions - from all that beheld him coming through the system - come true. There was still a game to be won, when he entered the fray, but the same tackle that led to Carbery's exit also dropped Fiji to 14 men.

Crowley and Ireland eventually made their numerical advantage count but it still took a late Cian Healy try to put the tie to bed. Following the game, Ireland head coach Andy Farrell admitted there had been some frustrating moments, but he paid tribute to Crowley and Ireland's two other debutants, Jeremy Loughman and Cian Prendergast. 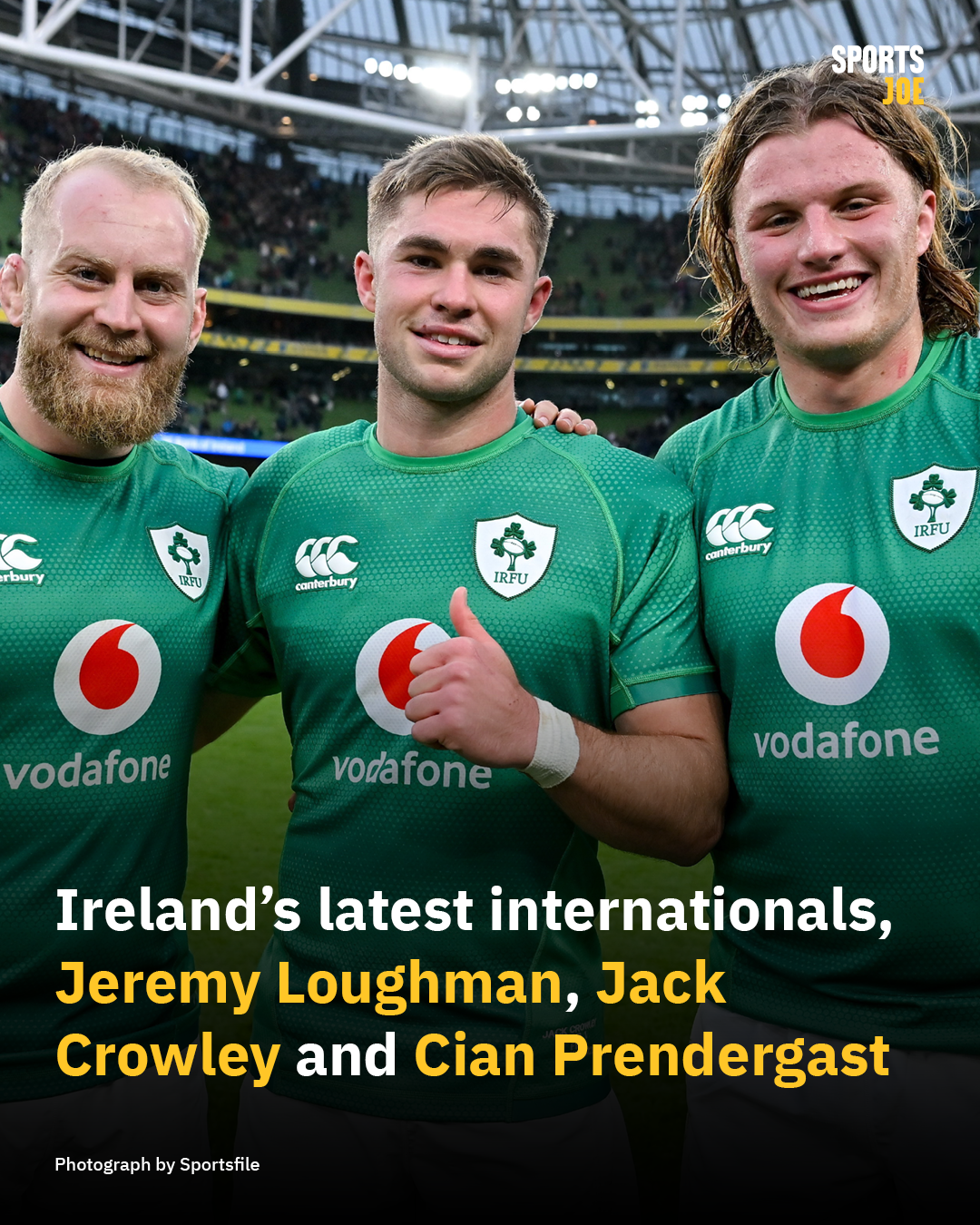 END_OF_DOCUMENT_TOKEN_TO_BE_REPLACED

Even before he had made his senior debut for Munster, Jack Crowley was a 'keep an eye on this lad' kind of a player.

From Inishannon but raised in the rugby ways at Bandon, where his father, uncles, cousin and brothers have all played, he helped Bandon Grammer to two Munster Senior Cup semis and then lined out for Cork Con, while in the Munster and Irish underage set-ups.

In 2019, Munster legend Mick Galwey was already raving about him, and a young scrumhalf, to us. Galwey declared:

"That Jack Crowley is a very exciting player. Craig Casey, scrumhalf, my God - we never thought we'd replace Conor Murray but now we know we have a very good replacement... And do you know what I love about it? A lot of these lads are from west Cork and they're from GAA backgrounds and God knows what and I think that is the way forward."

END_OF_DOCUMENT_TOKEN_TO_BE_REPLACED

A year later and Crowley had impressed sufficiently with the Ireland U20s that he was already in training with the Munster senior squad, in anticipation of a future batch of games.

Asked about that next generation, coming through, Munster fullback Mike Haley told us, "I'd be a big fan of Jack Crowley. I just like the way he plays the game. He's got a good feel for it and that's impressive."

Another Munster man that is well aware of Crowley, and what he is capable of, is Ronan O'Gara. When it looked as though the Cork youngster could be getting log-jammed behind the likes of Joey Carbery and Ben Healy, O'Gara reached out, last season, and offered him a stint at his La Rochelle club.

Crowley opted to stick it out and fight for his minutes at Munster. He was rewarded with 13 appearances [five outhalf starts] last season and another five this season. He toured with Emerging Ireland, got a taste of the green jersey again with Ireland 'A' and has benefitted from the poor injury luck of Ciaran Frawley and Harry Byrne.

At Lansdowne Road today, all those that looked at Jack Crowley and told folks he would one day play for Ireland sat a little taller and puffed the chest out. There is a ways to go, but here was a steady outing in a winning start. Post-match, Ronan O'Gara was quick to pay tribute.

O'Gara, and all of Cork, were proud as punch.

With Joey Carbery taking that tough knock, too, there could be another sighting of Jack Crowley in green before the Bank of Ireland Nations Series is done.


popular
Roy Keane reacts to Brazil's jubilant celebrations in first half demolition job
World Cup 2022 Day 16: All the major action and talking points
Roy Keane handled Gary Neville’s goal celebration as most Irish fans would
Portugal boss could strip Cristiano Ronaldo of captaincy
Rory McIlroy explains 'falling out' with Shane Lowry that lasted a few years
Didi Hamann thought Brazil substitution was "disrespectful" to South Korea
Roy Keane cracks up ITV pundits with description of Senegal supporters
You may also like
3 days ago
Shay Given on how far Ireland could've gone at the 2002 World Cup with Roy Keane in the team
4 days ago
From Ireland to Argentina: Alexis Mac Allister's Irish roots explained
1 week ago
Former England international admits he wishes he had played for Ireland
2 weeks ago
Two baffling omissions as four Ireland stars make World Rugby 'Dream Team' of the Year
2 weeks ago
Josh van der Flier claims World Rugby Player of the Year at Monaco ceremony
2 weeks ago
"Highlight of my Ireland career" - Behind the scenes as Jack Crowley and Ross Byrne covered for a legend
Next Page