Ireland's first names on the team-sheet, as Top 5 players debated

"It was like his soul had left his body and he was playing as two men, on the pitch."

In theory, it was a simple task (and ask) - name the first five Ireland players you would have on your team-sheet.

In practice, the House of Rugby crew got an insight into how tough Andy Farrell and his coaches must have it when selecting sides for big Test matches. 10 players ended up getting mentioned and the fact that Jamison Gibson-Park, James Ryan, Peter O'Mahony and Andrew Porter were not, goes to show how many top-level players this nation currently possesses.

On House of Rugby [from 29:40 below], Greg O'Shea, Lindsay Peat and Jason Hennessy selected their five 'must start' Ireland players, and all agreed on three names. 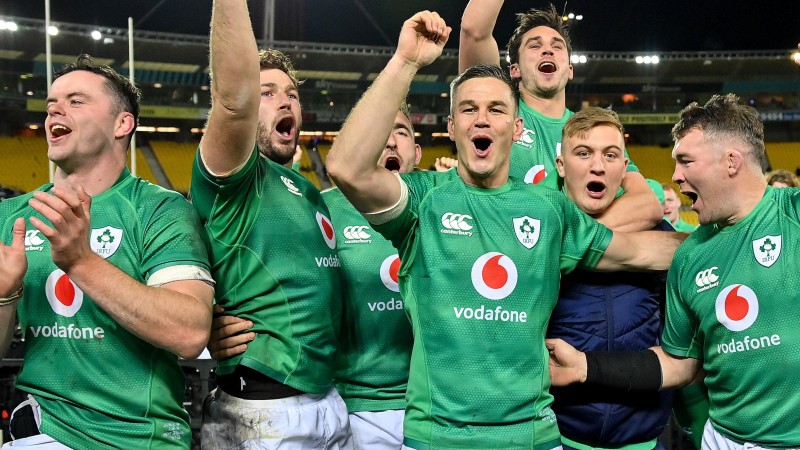 END_OF_DOCUMENT_TOKEN_TO_BE_REPLACED

In October, ahead of the Bank of Ireland Nations Series, IRFU performance director David Nucifora spoke of Andy Farrell and his coaches having a 'Top 50' of Ireland players drawn up.

The Emerging Ireland mini-tour to South Africa 'rearranged the pecking order' but the recent Ireland 'A' loss to an All Blacks XV may have done so again. The broaden his scope, Farrell has brought in the likes of Tom Stewart, Michael Milne, Nathan Doak and Stewart Moore, so they can experience national team camp before any full call-ups, down the line.

While debating that 'Top 50' would have been a seven-hour show, we tasked the House of Rugby crew with giving us their top five Ireland players that would go straight onto their team-sheet for a big game. The answers are, as follows:

"I'd put Tadhg Furlong ahead of Johnny Sexton. I think he's the best tighthead the game has ever seen, and he's phenomenal."

"I'll have to put Johnny in there because we don't function without him which, in a way, is the sad part." 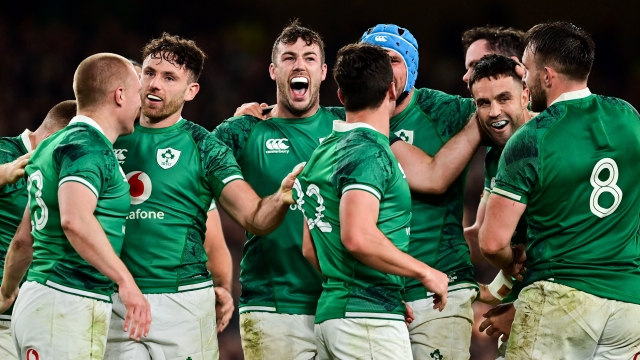 "Even though I'm a back, I think forwards are more important on the pitch. They get that ball for you... I'd put in Tadhg Beirne for one of the centres. He's one of the best forwards in the world."

Greg O'Shea also named Hugo Keenan as a player that he'd be getting up and into his starting XV, immediately after that top five.

So, overall, nine names mentioned and a mention for Rónan Kelleher when he gets back to full fitness, but three constants - Sexton, Furlong and van der Flier.

While not everyone will have the same 'Top 5', we would be surprised to see ones that did not feature that trio of names.


popular
Roy Keane handled Gary Neville’s goal celebration as most Irish fans would
Roy Keane cracks up ITV pundits with description of Senegal supporters
World Cup 2022 Day 15: All the major action and talking points
Ronaldo finally reveals why he got that hideous haircut
Damien Duff makes 'brutally honest' England World Cup prediction after Wales win
Mauricio Pochettino on Kylian Mbappe and rumours that he's 'difficult'
World Cup 2022 Day 14: All the major action and talking points
You may also like
2 days ago
Shay Given on how far Ireland could've gone at the 2002 World Cup with Roy Keane in the team
3 days ago
From Ireland to Argentina: Alexis Mac Allister's Irish roots explained
1 week ago
Former England international admits he wishes he had played for Ireland
2 weeks ago
Two baffling omissions as four Ireland stars make World Rugby 'Dream Team' of the Year
2 weeks ago
Josh van der Flier claims World Rugby Player of the Year at Monaco ceremony
2 weeks ago
"Highlight of my Ireland career" - Behind the scenes as Jack Crowley and Ross Byrne covered for a legend
Next Page