When Katie Walsh and Nina Carberry stood side by side at Punchestown last year announcing their retirements, it would have been very easy to fear for the future of female horse riding.

For years, Walsh and Carberry were the trailblazers and the standard bearers. They kept the flag flying for female horse riding for years and between the two of them, they put it up to the lads left, right and centre. 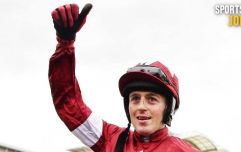 END_OF_DOCUMENT_TOKEN_TO_BE_REPLACED

May 2018, however, and the time had come. 33 years of age the pair of them, they bowed out together having passed the post first in both of their final races.

A fitting finish for two legends of the game, but might this signal the onset of some tough times for the females in the only sport in the world where they compete against the males.

Not a fear of it.

Tippeary's Rachael Blackmore has had the season of her dreams, pushing Paul Townend all the way in the Irish jockey's championship before capping it all off with a perfect ride on A Plus Tard, recording her first ever Cheltenham festival winner on Tuesday.

Lisa O'Neill and Katie O'Farrell have been driving it on behind Blackmore in Irish National Hunt circles and they haven't been going too badly across the water either. 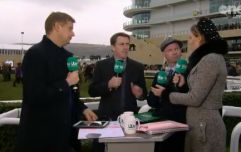 END_OF_DOCUMENT_TOKEN_TO_BE_REPLACED

Bryony Frost is the big name over there with the Devon native having forged a fearful partnership with legendary trainer Paul Nicholls.

On Thursday, she went out and made history. With the female jockeys charting unprecedented levels of success this year, the 23-year-old went a step further on Thursday afternoon.

She gave her mount Frodon the perfect steer in the stacked Ryanair Chase before driving it on up Cleeve Hill on her way to becoming the first ever female rider to win a Grade One at the festival.

The scenes in the parade ring were something special with Ruby Walsh the first jockey over to congratulate her, before her family gathered in brilliant scenes for what is now becoming the sport of kings and queens.

Bryony Frost with a passionate interview after the Ryanair Chase👏

That was followed up an hour later by Lizzie Kelly - another top female jockey - passing the post first aboard Siruh De Lac in the 4.10.

What a day for female horse-riders. Lizzie Kelly follows up Bryony Frost's Ryanair success with victory in the 4.10!pic.twitter.com/6Z6ocJuy3t

But the moment of the day came in the Stayers Hurdle when Aidan Coleman's mount Paisley Park stormed home to win for his owner Andrew Gemmill. Gemmill has been blind since birth but that hasn't stopped him living life to the full and his triumphant interview on ITV sport saw rapturous scenes unfold in the most famous parade ring in the world.

Andrew Gemmell has been blind since birth but on Thursday he lived the dream when his horse Paisley Park bounded up the Cheltenham hill in first place under Cork man Aidan Coleman.

"I think we have seen one of the great hours in horse racing history," said Ed Chamberlain.


popular
"It's giving the Kerry team a bad image. They don't look like footballers, they look like gurriers." - Liveline has peaked
Bundee Aki overheard in the stands after Faf de Klerk hit on Conor Murray
Gatland on his decision to start Bundee Aki, and drop Tadhg Beirne
Eoin Murphy's calls from the goals show Cork they're in for a completely different ball-game
"That's one of the best races I've ever had" - Coscoran kicks like a demon to seize the day
Warren Gatland pulls Joe Schmidt into Lions Tour refereeing drama
The SportsJOE 12 o'clock quiz | Day 377

You may also like
2 years ago
Presenting Percy jumps like a stag on return and everyone's on about the Gold Cup now
5 months ago
Elliott loses Envoi Allen and Cheveley Park string as Mullins and De Bromhead get the nod
5 months ago
Ruby Walsh "angry and embarrassed" as Elliott apologises for "moment of madness"
5 months ago
Michael O'Leary stands by Gordon Elliott despite "grievous" lapse in judgement
5 months ago
"I feel it is important to provide people with some context surrounding this photo."
5 months ago
Still room for a feel-good winner as Mullins dominance continues
Next Page