The 18/1 'banker' accumulator we'll all be on at Cheltenham

If you're not caught up in it, you're missing out.

Bookie offices are crammed with workers on their lunch break and students in their skinny tracksuits. The mad scramble to get a fiver down before the off has the whole country humming and buzzing about the place and once the money is on and the white flag is raised, the nerves, the excitement, the anticipation - it all kicks in at once and if you're too late for it, you'll make damned sure to be on time for the next.

And that's what the Cheltenham festival is all about.

Head into a college library or an office anywhere around and you'll find lads who wouldn't usually know a flat race from a handicap hurdle glued to the television and they'll be jumping every fence with Ruby Walsh or with Jack Kennedy.

There isn't much work done on that second week in March over here, now just for a second imagine the thrill for those flying over to the Cotswolds - or even better if they have a horse going to post.

That's Cheltenham and the first roar will be heard next Tuesday at 1.30.

The Irish banker. We'll have to wait until Friday for Joseph O'Brien's hotshot to go to post but judging on everything the four-year-old has done to date, it will be well worth the wait. 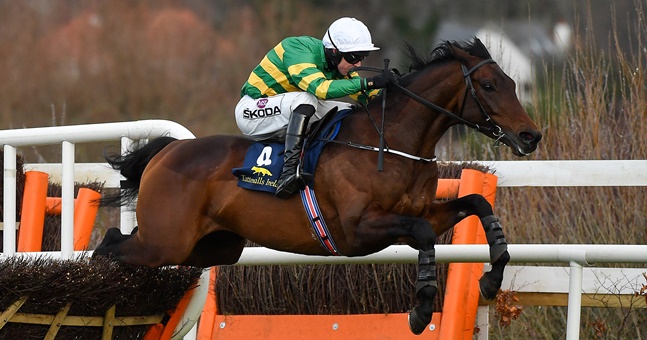 JP McManus' star left his highly rated stablemate Gardens of Babylon for dust last time out in Leopardstown and in a seemingly modest field, he should have way too much here and give Joseph O'Brien his second win in this race - he trained Ivanovic Gorbatov to victory here in 2016.

The banker of bankers. He's won 17 races on the bounce now and on Wednesday, you'd expect Nicky Henderson's stable star to make it four festival wins in a row.

Jumps like a stag, travels like a gem but when the going gets tough, he absolutely relishes it.

A beautiful, beautiful horse and if you were to rely on any horse to end up in the winners enclosure, it's Nico De Boinville's mount in the Queen Mother. 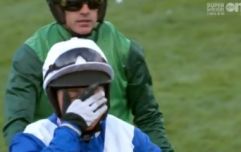 END_OF_DOCUMENT_TOKEN_TO_BE_REPLACED

Hasn't ran at all this season but Ruby isn't worried - in fact, the master Kildare handler has branded the five year old mare as his best ride of the festival.

It's hard to argue with that. Showed some mettle up Cleeve Hill this time last year to leave the odds-on Apple's Jade in his vapours and all going well, he should stride away from them again this time around.

Benie Des Dieux "in great order" for Cheltenham Festival defence - plus read about 30 of her stablemates as Willie Mullins gives updates on his star-studded team for next month ⬇https://t.co/czExv5z6Qj pic.twitter.com/KI7nmtF0dN

The English banker. He bolted up in the Cleeve Hurdle, showed a glorious turn of foot after a graceful round of jumping. Romantics will be on Faugheen to roll back the years, but Emma Lavelle's topper is in the form of his life and should do the business.


popular
James Haskell on text exchange with Peter O'Mahony after Ireland's victory over Scotland
Can you name every English football club that begins with 'W'?
The SportsJOE 12 o'clock quiz | Day 105
"The academy boys have turned into small monsters over the past few weeks" - Peter O'Mahony
"He just walked out the door without saying goodbye or anything. It was just so Axel. It was so perfect."
"Shane was just gifted. He could play centre back, centre forward, he had everything"
The SportsJOE 12 o'clock quiz | Day 103
You may also like
1 year ago
"What are we going to do? Are we going to do away with racing then?" - Ap McCoy stands up for Irish jockey
1 year ago
Presenting Percy jumps like a stag on return and everyone's on about the Gold Cup now
1 year ago
"I'm there since I was 16 when he offered me a job...there isn't a loyaler man in training"
1 year ago
COMPETITION: Win 5 tickets to the Fairyhouse Easter Festival
1 year ago
"Racehorses are treated like royalty from the day they are born" - O'Brien on Grand National outrage
1 year ago
Grand National under review after three horses die during this year's meeting
Next Page