The Solheim Cup has been through 17 stagings since its debut, in 1990, and no-one has done what Leona Maguire did over a stunning, three-day stretch.

The Cavan golfer took on the best of Team USA in her five matches and came up with 4.5 points for her team [4 wins, 1 half, no losses]. After teaming up superbly with Mel Reid and Georgia Hall in the team matches, Maguire was put up against red-hot American rookie Jennifer Kupcho.

END_OF_DOCUMENT_TOKEN_TO_BE_REPLACED

Kupcho had been one of the bright lights for USA captain Pat Hurst, but Maguire snuffed that flame over the first seven holes. Carding three birdies and and eagle over that opening run, the 26-year-old went 4-Up and never looked back.

Maguire was the first European team member to get her side a point, on Monday. Her impressive return of 4.5 points saw her equal a tally that only two others had amassed in the 31-year history of the competition. She was the first ever rookie to register that lofty figure. 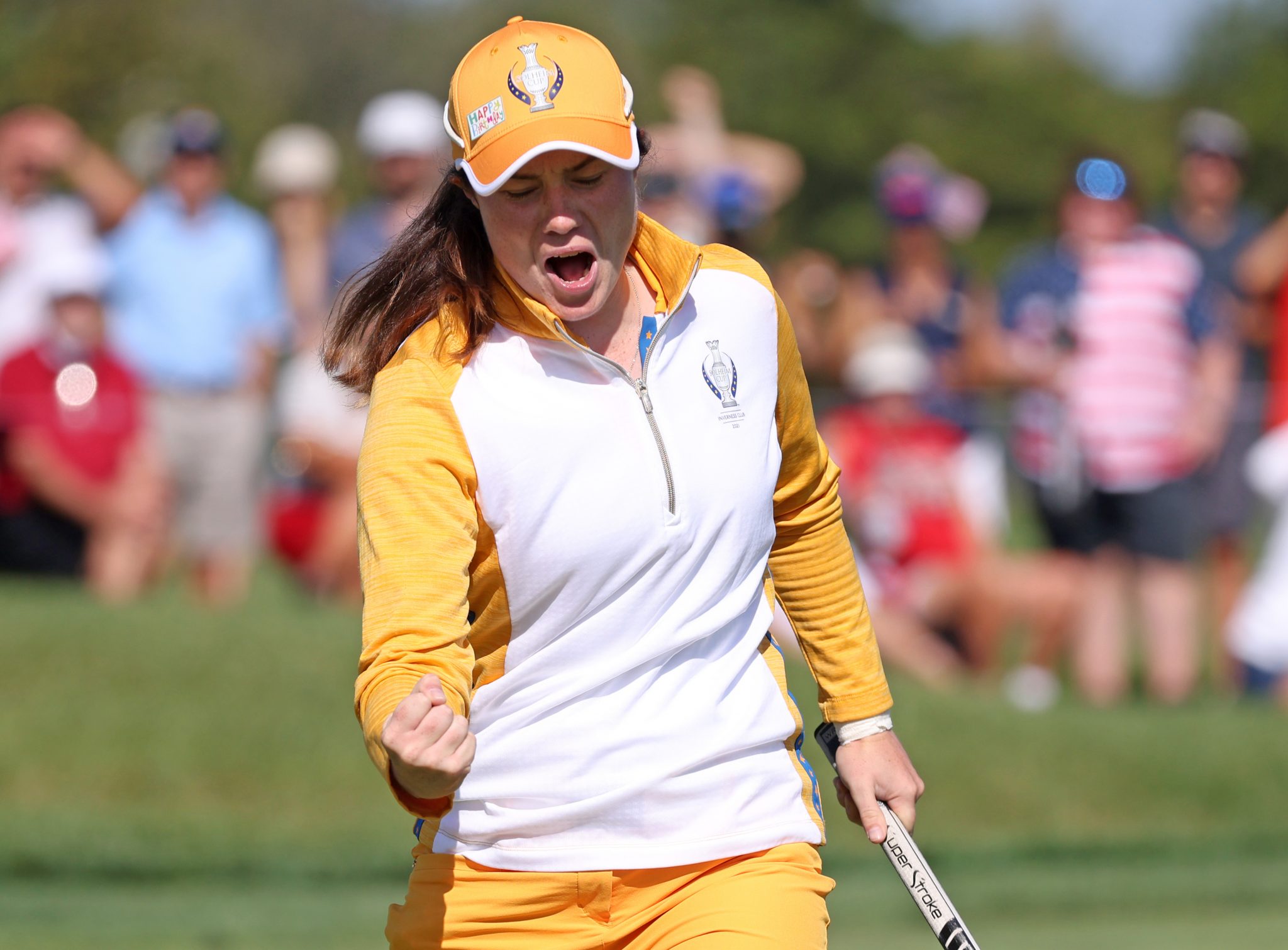 "I haven't really looked at too many boards," Leona Maguire said after her victory.

"The goal was to get my point. That's all I can do. I've given it my absolute all this week. I couldn't have given it anything more. I mean, I couldn't have asked for a better week, and hopefully the girls can finish it off. I'll go cheer them on."

END_OF_DOCUMENT_TOKEN_TO_BE_REPLACED

Maguire's win over Kupcho made it 10-7 to Team Europe, and it was 12, not long after, when Celine Boutier defeated Mina Harigae 5&4 and Madeline Sagstrom accounted for Ally Ewing.

Team Europe, having won the Solheim Cup in 2019, needed only two points to retain the trophy. One sensed it was coming, but it was a couple of hours before the deed was finally done - Matilda Carsten rolling in a par putt on 18 to defeat Lizette Salas.

Maguire was green-side when Carsten made that clutch putt. She was a vocal supporter for her teammates, in that last couple of hours, but was happy to recede into the background when Team Europe captain Caitriona Matthew passed on the trophy for each player to hold aloft.

Maguire's teammates were not having it, though, and chanted 'M.V.P, M.V.P' as, wrapped in an Irish colour, she got her turn.

Team Europe serenade @leona_maguire with chants of 'MVP' as she lifts the trophy 🏆 🇪🇺 pic.twitter.com/mUhMSdOSML

Rather than hold the stage for too long, we felt it would give you an idea of how highly regarded the 26-year-old Ballyconnell native is.

The following are testimonies made about Maguire during and after Team Europe's successful [15-13] title defence. We start with the legendary Pat Hurst and a compliment that is exciting for Irish golf fans, and ominous for all involved with Team USA. 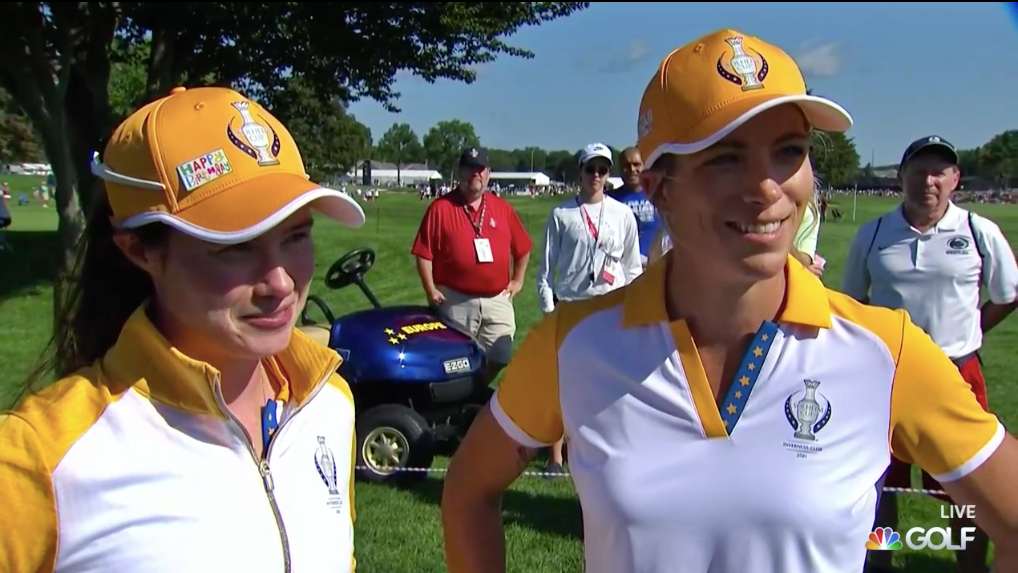 She's a fantastic player. My role was to kind of make her feel comfortable as someone who's been on a few Solheim Cups, and just very, very impressed with her honestly. That grit and determination is second to none, and yeah, I mean, it's been an honour honestly playing with her the last few days.

We have a great mix of experience and obviously rookies, and we have someone like Leona who just came out and said, All right, I'm going to snatch every point, or at least a half.

I think just all of us, we fight so hard, even myself... And today I tried everything I could, and that fight, I think all of us have that in us, and I think that's what makes the team so special. 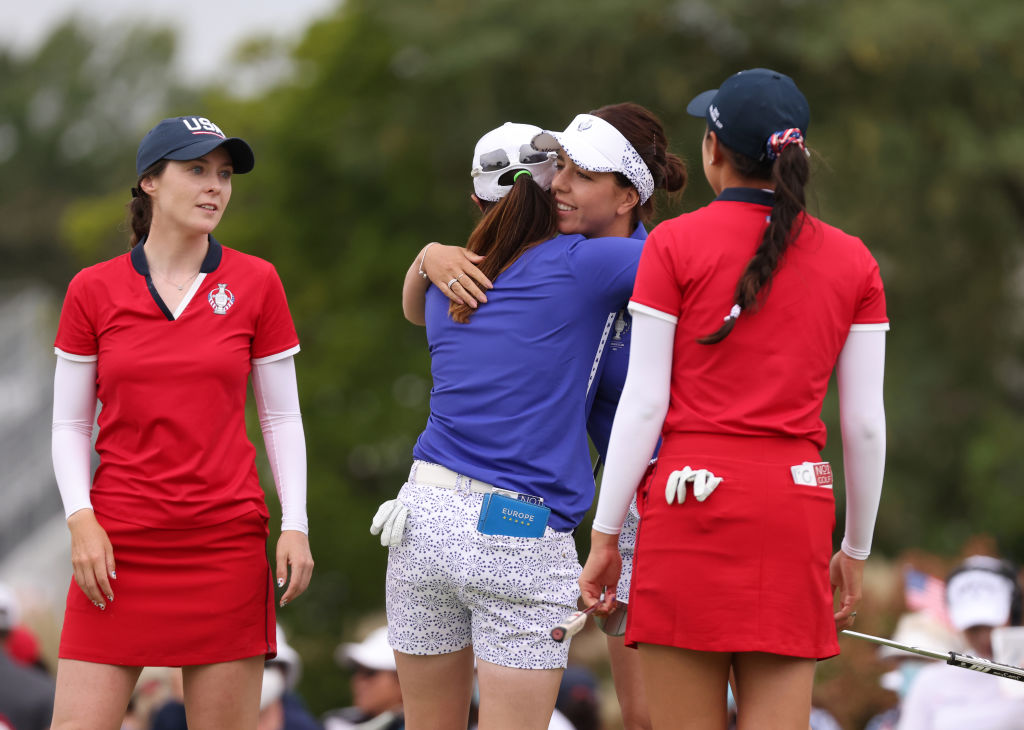 Yeah, obviously very happy to play with Leona. She's a great player, been playing great this year, as well. I think she's a very, very smart golfer and has a lot of talent.

I was very happy to be paired with her, and I think we're quite similar personalities, just kind of get on with it and try and do the job.


popular
Ireland vs Wales: All the big talking points, moments and player ratings
Peter O'Mahony reaction to Liam Williams scuffle shows he may finally be mellowing
Matt Williams tears into media for "rubbish" written about Ross Byrne
Patrick Horgan addresses infamous Kieran Kingston interview after Cork beat Limerick
"You know why" - Jurgen Klopp refuses to speak to Athletic journalist at press conference
Conor McGregor offers solution to Croke Park fiasco that should suit all parties
Allianz National League Round 2: All the action and talking points
You may also like
1 month ago
GAA officially the most popular sport in Ireland again
3 months ago
Ian Poulter fires back after Rory McIlroy comments on Ryder Cup "betrayal"
3 months ago
Shane Lowry on his Tuesday duels with Rory McIlroy at The Bear's Club
4 months ago
Shane Lowry holds hands up over Saudi Arabia comments as he admits 'golf could be in trouble'
4 months ago
Cameron Smith refuses to answer disrespectful question about Rory McIlroy
4 months ago
Shane Lowry was nothing but gracious when asked about Queen Elizabeth II, after Wentworth triumph
Next Page