Shane Lowry had to settle for a tie of second place as Dustin Johnson claimed the US Open in farcical circumstances at Oakmont.

Lowry, who began the final round with a four-shot lead, finished on one-under par, three shots behind Johnson, but the Offaly man can be rightly proud of an incredible week’s golf in hugely difficult conditions which earned him his best ever finish at a major.

Johnson emerged a deserved winner, especially considering the shadow in which he was forced to play his final seven holes.

The cause of this confusion occurred on the fifth green when Johnson’s ball appeared to move as he practiced his putting swing.

TV replays seemed to clearly show that Johnson neither cause his ball to move nor did he ground his club. 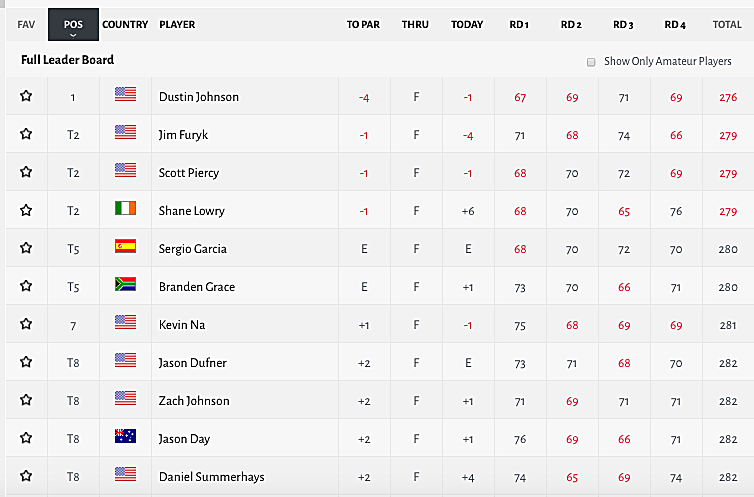 But as Johnson arrived on the the 12th tee, he was told that he may be penalised a stroke for his actions of the 5th green but a decision would not be made until after his round.

That left Johnson, and the other contenders, in a farcical situation where they didn’t know what was needed to lead or share the lead.

The USGA’s inability to make a call on the issue drew huge amounts of criticism, with Rory McIlroy labelling the situation “amateur hour” while Shane Lowry’s cousin David called it “appalling”. 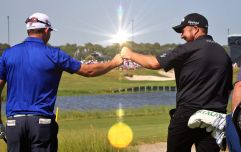 END_OF_DOCUMENT_TOKEN_TO_BE_REPLACED

Commentating on Sky Sports, Butch Harmon was in no doubt that Lowry was unsettled by the confusion.

Harmon went as far as to blame the USGA’s indecision for Lowry’s missed putts on the 14th and 15th.

It was three successive bogeys on the 14, 15 and 16 that ended Lowry's chances of a famous victory, but it was a brave and inspiring display from the 29-year-old and surely won't be the last time he's in contention on the Sunday of a major.

In the end, the margin of victory for Johnson meant that the penalty that he incurred was irrelevant which sadly only further begs the questions as to why a decision couldn’t have been made earlier.


popular
The most Stone Age tackle you've ever seen gets South African lock straight red card
Galway fans' frosty reception for Davy Fitz doesn't make any sense
"Johnno went, 'We’re not moving! You're trying to mess us about!'" - Ben Kay recalls red carpet controversy
"Some of the generals wanted me executed" - Irish rugby legend on flag caper that went wrong
Neil McGee hasn't worked in eight weeks after back injury but still won't rule out championship return
Wallabies star bounces off Duane Vermeulen like a brick wall, gets yellow-carded
No Simon Zebo or John Cooney as Ireland gather 50 players for one-day camp
You may also like
3 weeks ago
A song has been released about Offaly's U20 All-Ireland success and it's an absolute tune
3 months ago
An hour before his final round at the USPGA, Shane Lowry was texting Michael Duignan about Offaly
5 months ago
"It's pretty shit for me, to be honest" - Shane Lowry on Irish quarantine uncertainty
1 year ago
Shane Lowry outshines Patrick Reed and Paul Casey with stunning round
1 year ago
Collin Morikawa makes huge world rankings leap as Lowry drops back
1 year ago
Frustration boils over for Shane Lowry at PGA Championship
Next Page