The raw honesty of the man, allied to his undoubted talent, is what makes so many people root for him.

Rory McIlroy had his Open challenge thrumming away in fourth gear, heading into the back nine. He was two shots clear and had the par 5s at 12 and 14 to come. He was not exactly cruising, but all his rivals were in his rear-view.

In the space of about 30 minutes, though, Cameron Smith got in his slipstream, punched down and overtook the Northern Irishman.

END_OF_DOCUMENT_TOKEN_TO_BE_REPLACED

McIlroy may have outgunned playing partner Viktor Hovland with a steady round of 70, but - on a day when 46 of the 83 final round golfers shot in the 60s - it was not enough. Not with the likes of Cam Young and eventual winner Cameron Smith carding 65 and 64. 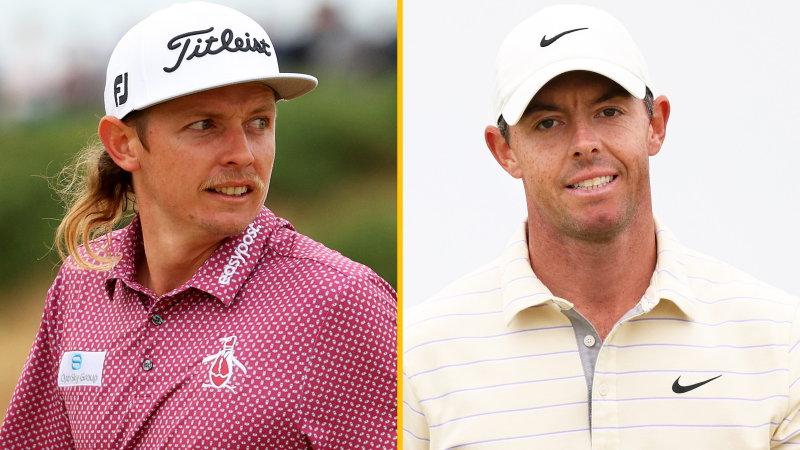 Following his third place finish, Rory McIlroy stood in front of the assembled media and tried, not for the first time, to draw out why he had not won his fifth major.

What followed is a huge example of what makes McIlroy so relatable. He tells you exactly what is going on in his head.

Here, without anything added or taken away, is his full 'mixed zone' Q&A with reporters at St Andrew's:

END_OF_DOCUMENT_TOKEN_TO_BE_REPLACED

Q. Rory, can you sum up how you're feeling after that?

RORY MCILROY: Disappointed obviously. Yeah, I felt like I didn't do much wrong today, but I didn't do much right either. It's just one of those days where I played a really controlled round of golf. I did what I felt like I needed to just apart from capitalising on the easier holes -- around the turn, 9, 12, 14. If I had made the birdies there from good positions, it probably would have been a different story. 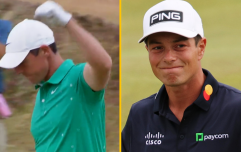 END_OF_DOCUMENT_TOKEN_TO_BE_REPLACED

But, look, I got beaten by a better player this week. 20-under par for four rounds of golf around here is really, really impressive playing, especially to go out and shoot 64 today to get it done.

Yeah, I'll rue a few missed sort of putts that slid by. But it's been a good week overall. I can't be too despondent because of how this year's went and this year's going. I'm playing some of the best golf I've played in a long time. So it's just a matter of keep knocking on the door, and eventually one will open.

Q. How difficult do you think it will be to deal with the disappointment of this one that got away?

Q. Do you feel there was anything you might have done differently? Your strategy worked so well for three days.

RORY MCILROY: I mean, I wish that I had hit it a little closer with some approach shot shots, and I wish I'd have holed a couple more putts. But apart from that, I sort of -- I missed an opportunity on 3. I guess I had sort of half looks on 6 and 9.

Q. The way you progressed through the majors this summer, you now look like you've got a handle on dealing with them and dealing with the situation of trying to win one. And the way you played today, it looks like you will win one again. 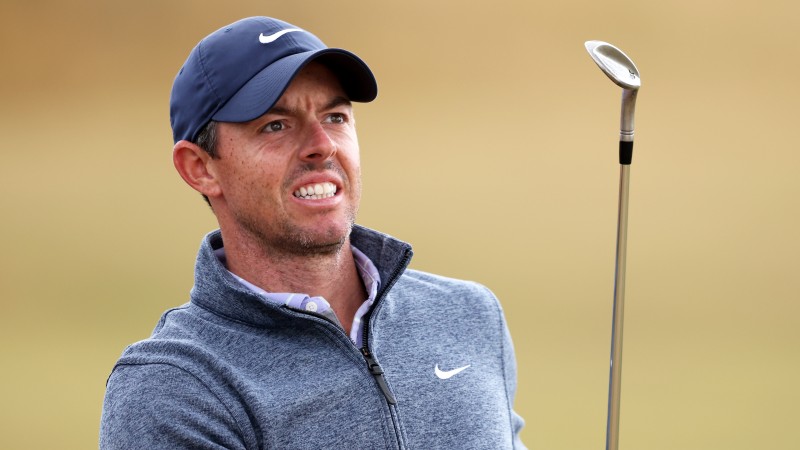 Q. Did you feel like you were putting well and they're not falling? Did that sort of get in your head a little bit as the round goes on?

It's hard, like, there's a lot of putts today where I couldn't just trust myself to start it inside the hole. I was always starting it on the edge or just outside thinking it was going to move. More times than not, they just sort of stayed there.

Q. You talked yesterday about wanting to stay in your own bubble today. How did you feel like you did that?

RORY MCILROY: I think I did a really good job of that. I didn't... you know, I could see what Viktor was doing alongside me, but I wasn't really concerned about what anyone else was doing. I was just doing my own thing.

Q. Rory, did you notice any of the mayhem out there with the fans spilling in behind the ropes and the policemen involved? Did you pick up on any of that?

RORY MCILROY: Not really. I thought the fans were great today. I thought they were really, really good. Unbelievably supportive to me, wish I could have given them a little more to cheer about. There's a worthy winner right on the 18th green right now.

Q. Rory, you pushed yourself so hard mentally over the last four days, the last two days particularly. Do you anticipate like an adrenaline comedown now, and how do you go about recovering from that?

RORY MCILROY: Yeah, there always is after these weeks, especially when you've been in contention and, yeah, all of that sort of is happening. I've got three weeks off. I'm not going to play again until the first playoff event in Memphis. I've got a bit of time to rest and recover and try to take the positives, learn from the negatives, and move on.

Q. Do you feel this is your best major performance since 2014?

RORY MCILROY: Yeah, it's up there. I don't know. I go back to the couple U.S. Opens in the last couple years, I feel like I played really well and given myself good chances. I was tied for the lead with nine holes to go at Torrey Pines. I got myself in with a great chance at the PGA and the U.S. Open this year.

Augusta is going to end up being my best finish of the four, but I never really felt like I was in contention there.

I had a putt to - I thought at the time - to force a playoff at Carnoustie in 2018. I've been close and I keep knocking on the door. I can't get too down on myself because the game is there. It's just a matter of staying patient. 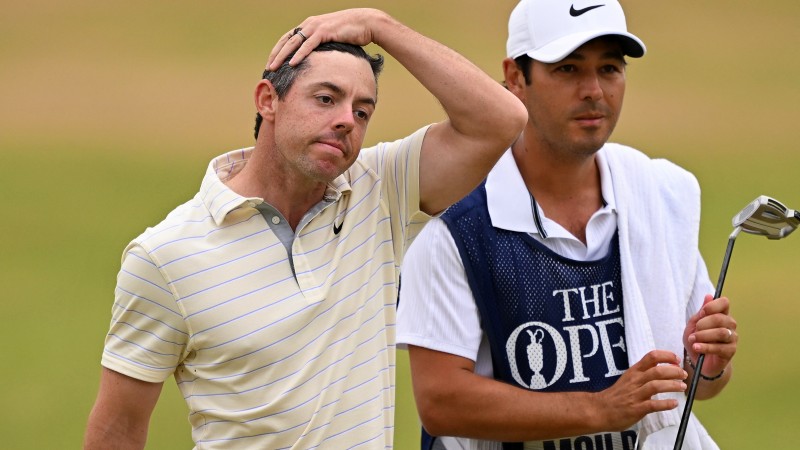 Q. Was there a moment when you allowed yourself to think about what it would be like to be standing out there at the end of the day?

RORY MCILROY: Of course. I'm only human. I'm not a robot.

Of course you think about it, and you envision it, and you want to envision it. I was literally, my hotel room is directly opposite the big yellow board on 18 there right of the 1st. And every time I go out, I'm trying to envision McIlroy at the top name on that leaderboard and how did that feel?

Q. What are your emotions like on that chip on 18?

RORY MCILROY: It's a difficult chip. I mean, I thought it was either hole it or nothing really. I wasn't really trying to go for the T2 with Cameron Young at that point.

Q. I guess you'll keep dreaming of seeing your name on that yellow leaderboard on the final day?

RORY MCILROY: Yeah, I will.

Q. Rory, given how everybody in this place, fans wanting you to win, how much pressure did you feel today in the last group knowing all that?

RORY MCILROY: Yeah, not as much as maybe I would have let myself previously feel. I did a really good job this week of sort of really trying to control what I could control. Look, I certainly appreciated the support, and it was incredible to be cheered along all 72 holes, but I didn't let that put me under any more pressure.

I'm trying to do it for me at the end of the day. Yes, it's great to get the support, but the happiest person in the world if I won that Claret Jug would have been me.


popular
Barcelona allowed to register four new signings, but Jules Kounde misses out
"He can add something to our attacking line up" - Jamie Clarke signs for Northern Irish soccer club
Erling Haaland registers strange statistic on home debut as Mark Travers keeps the City score down
Angry Frenkie de Jong 'tells Barcelona teammates he could join Man United'
Ranking the best county GAA songs of all-time (32-1)
Antonio Conte 'banishes' four Tottenham players from first-team
"It was unfair on the Galway backs” - Tomás Ó Sé admits that Kerry benefitted from unfair rule
You may also like
4 weeks ago
Tiger Woods on Rory McIlroy's gesture on 18 that caused the damn to break
4 weeks ago
Rory McIlroy gets Open crowds roaring with ballsy shot on 'Road Hole'
4 weeks ago
"He shouted fore" - Rory McIlroy accidentally breaks fan's hand with tee shot at Open Championship
4 weeks ago
Rory McIlroy rides adrenaline from first hole "bonus" to go low at The Open
1 month ago
Tiger Woods goes to town on LIV Golf defectors at Open press conference
1 month ago
"Sooner or later it's going to be my day" - Rory McIlroy keeps the major faith
Next Page