Judy Murray knows talent when she sees it.

She raised and trained the world's number one tennis player. Both of her sons are grand slam champions against all the history and odds of coming from Britain.

She appreciates a good sportsperson performing at the highest level so she's not out of place at Croke Park.

During last year's national league final, the Scotswoman sat at headquarters to watch Dublin waltz to a fourth title in succession and she was taken aback by the atmosphere, the athleticism, and the commitment. 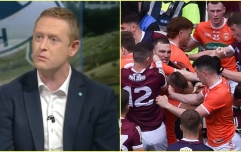 END_OF_DOCUMENT_TOKEN_TO_BE_REPLACED

She was also taken aback by Colm Cooper.

An alien from Mars could crash land on earth and know there is something special about Gooch after watching just 35 minutes of football and, despite the Kingdom going down in the decider that day, Judy Murray was able to pick out the greatest player of all time from a bunch of 40 footballers.

Dear Colm Cooper.
You were my man of the match.
Wizard. #GAA 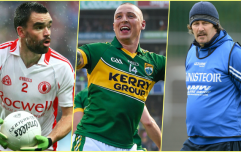 END_OF_DOCUMENT_TOKEN_TO_BE_REPLACED

The two arch enemies - Kerry and Dublin, not Judy and Gooch - will meet again this week in the league final but there will be no Colm Cooper.

The eight-time All-Star has hung up his inter-county boots and his retirement has caused a sea of well-wishes and tributes from some of the best ever in their own sports - like Henry Shefflin and Ronan O'Gara.

But amidst all the farewells and thank yous, there was one person missing. Judy Murray hadn't given her tuppence worth but she soon rectified that with an absolutely brilliant tweet.

Superstar. One of the most skilful, versatile athletes I ever saw. And a redhead. Perfect.

You only need to watch Colm Cooper once to appreciate him forever.


popular
Roy Keane reacts to Brazil's jubilant celebrations in first half demolition job
World Cup 2022 Day 16: All the major action and talking points
Didi Hamann thought Brazil substitution was "disrespectful" to South Korea
Roy Keane handled Gary Neville’s goal celebration as most Irish fans would
Portugal boss could strip Cristiano Ronaldo of captaincy
Rory McIlroy explains 'falling out' with Shane Lowry that lasted a few years
Roy Keane cracks up ITV pundits with description of Senegal supporters
You may also like
4 years ago
Colm Cooper's body transformation in 15 seasons shows just how bloody good he was
4 years ago
WATCH: Tomas Ó Sé's face as Joe Brolly tries to explain why the Gooch was over-rated
4 years ago
Cillian O'Connor headed for top scorer of all time in senior football championship
5 years ago
"When he starts talking, fellas tend to listen up" - Johnny Buckley on Colm Cooper
5 years ago
Brian O'Driscoll has come out to defend Colm Cooper over testimonial criticism
5 years ago
Sneaky Colm Cooper free is the Gooch at his crafty best
Next Page