"It would have been a Celtic to Rangers-level move."

New GAA book 'Kings For A Day' by Niall McCoy, details the rise of Armagh towards their 2002 All-Ireland win, and in doing so, delves into an attempted county transfer that would have rocked Ulster.

Before Joe Kernan came and conquered with the Orchard county, the 'two Brians' were in charge of the Ulster side - Brian McAlinden and Brian Canavan.

In taking charge of a county that was so divided due to the fierce competitiveness of the club season, the new men in charge had a list of fires that needed to be put out if they wanted to succeed. 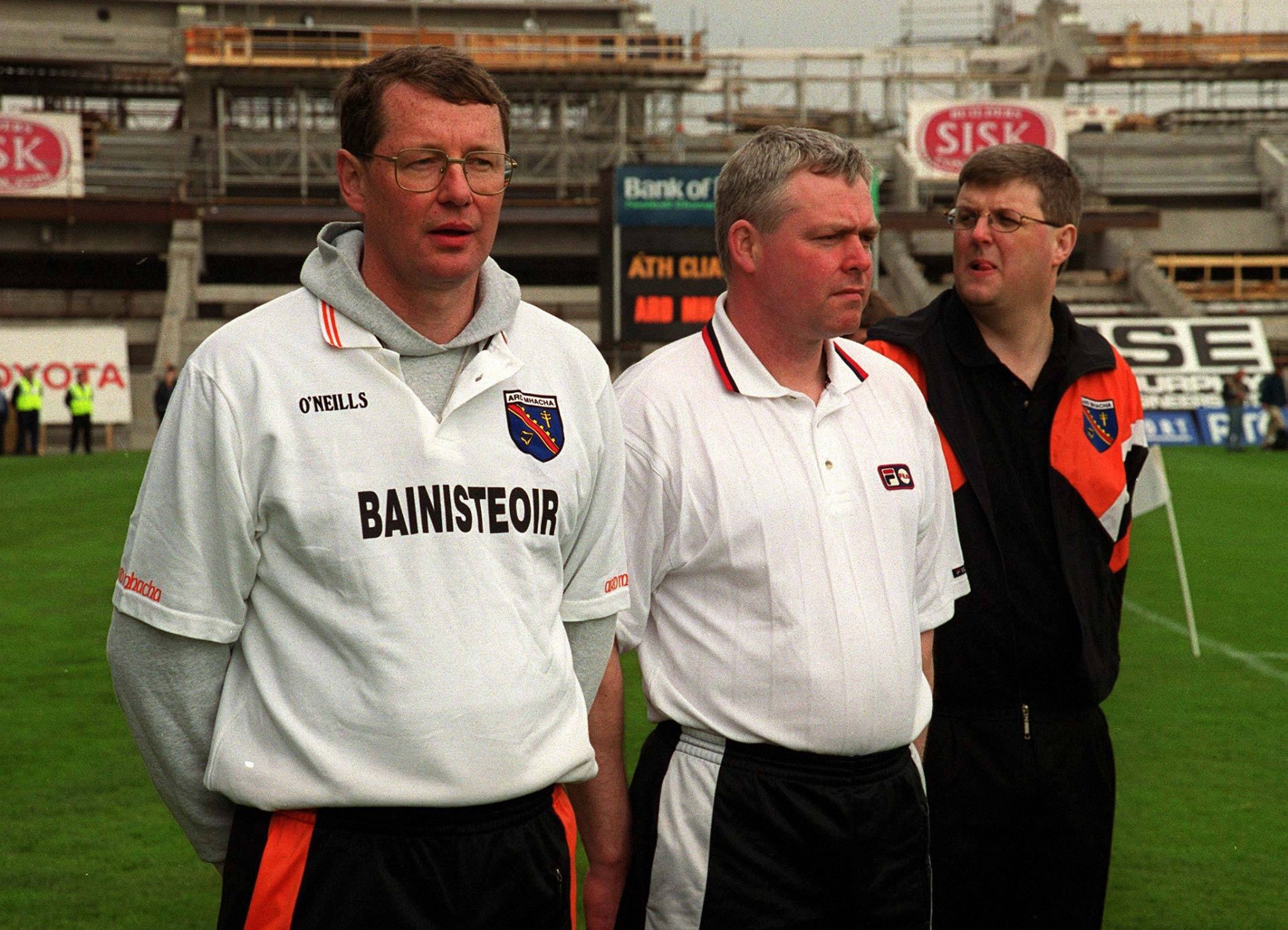 END_OF_DOCUMENT_TOKEN_TO_BE_REPLACED

After crashing out of the Ulster championship in 1998 at the hands of Derry, McAlinden had come to the conclusion that Armagh were badly in need of a forward, and not just any forward, but a proper superstar.

Not allowing himself to be limited by mere geographical restrictions, the boss dared to look to another county for options.

Down, a fierce rival of Armagh, had been one of the most successful counties during the '90s, and one man played a big role in that success - James McCartan. 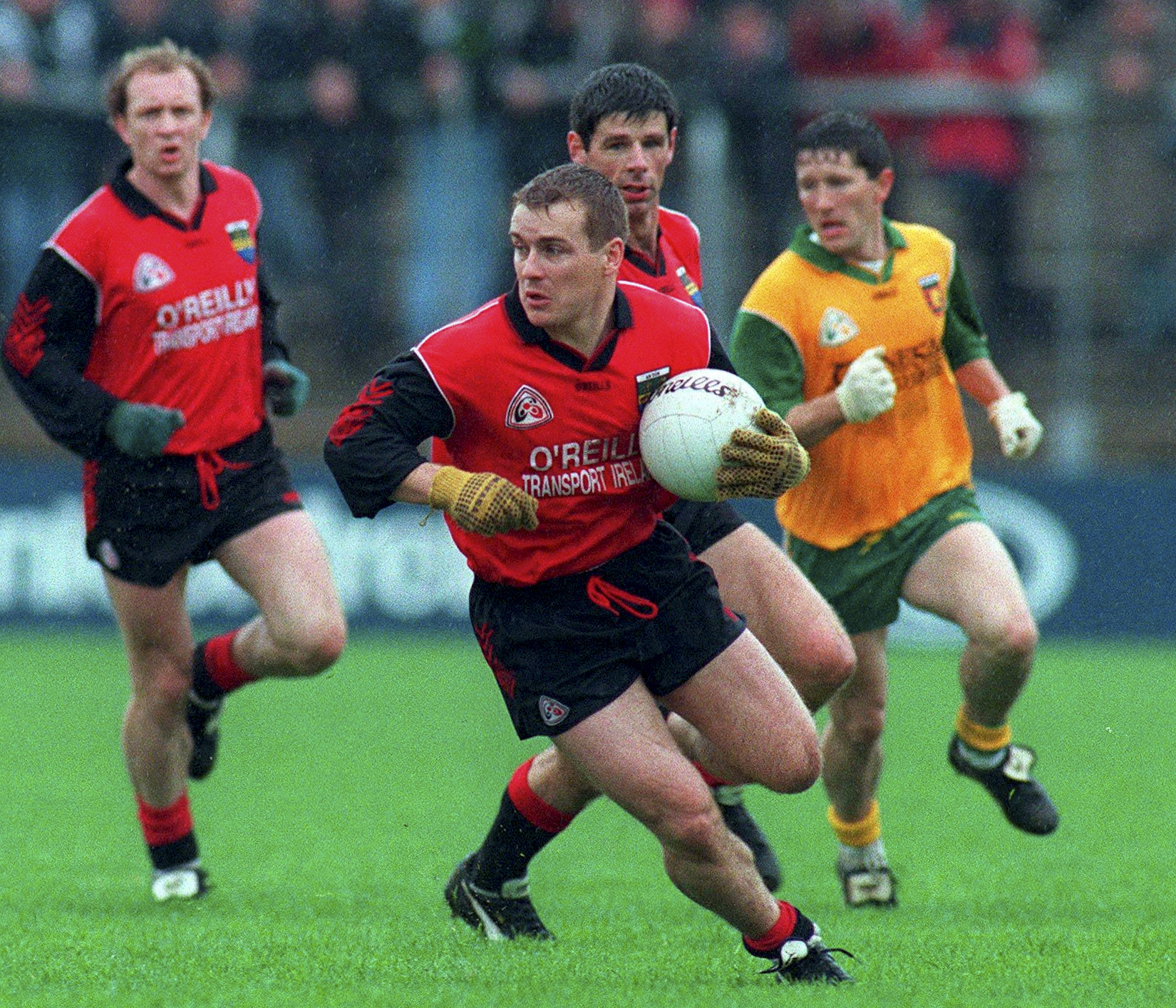 The sharp shooter was the beloved talisman of the Mourne county, but seeing as he was out of favour with the red and blacks at the time, McAlinden attempted to get him to wear bright orange instead.

"A form would be signed that ultimately prevented McAlinden from pulling off one of the most controversial transfers of all time, which would have seen a darling of Down football, James McCartan, pulling on an Armagh jersey," writes McCoy in 'Kings For A Day'.

"In November 1998, the two-time Down All-Ireland winner at last transferred clubs from Tullylish to Burren, following a drawn-out, and at times, messy affair. 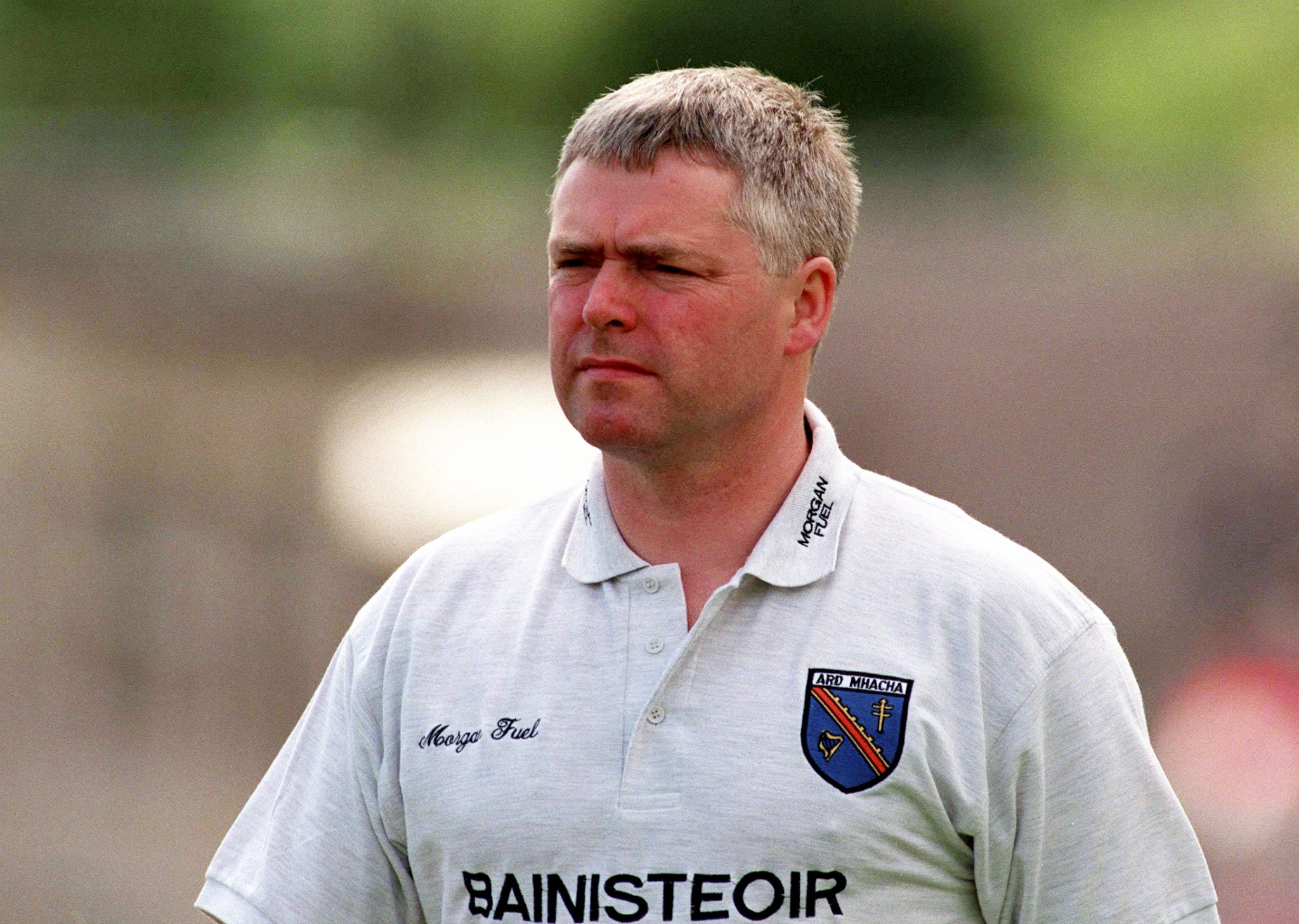 "Bumps along the road prevented McAlinden from getting McCartan's transfer from Down to Armagh over the line a couple of years later.

"'Some of the County board officials weren't overly happy about it, but we didn't care. We just wanted victory and to get silverware,' says McAlinden.

"The provincial body ultimately turned down McCartan's desired move, on the basis that his literal place of birth - Craigavon Area Hospital - was not enough to qualify him for the Orchard county. 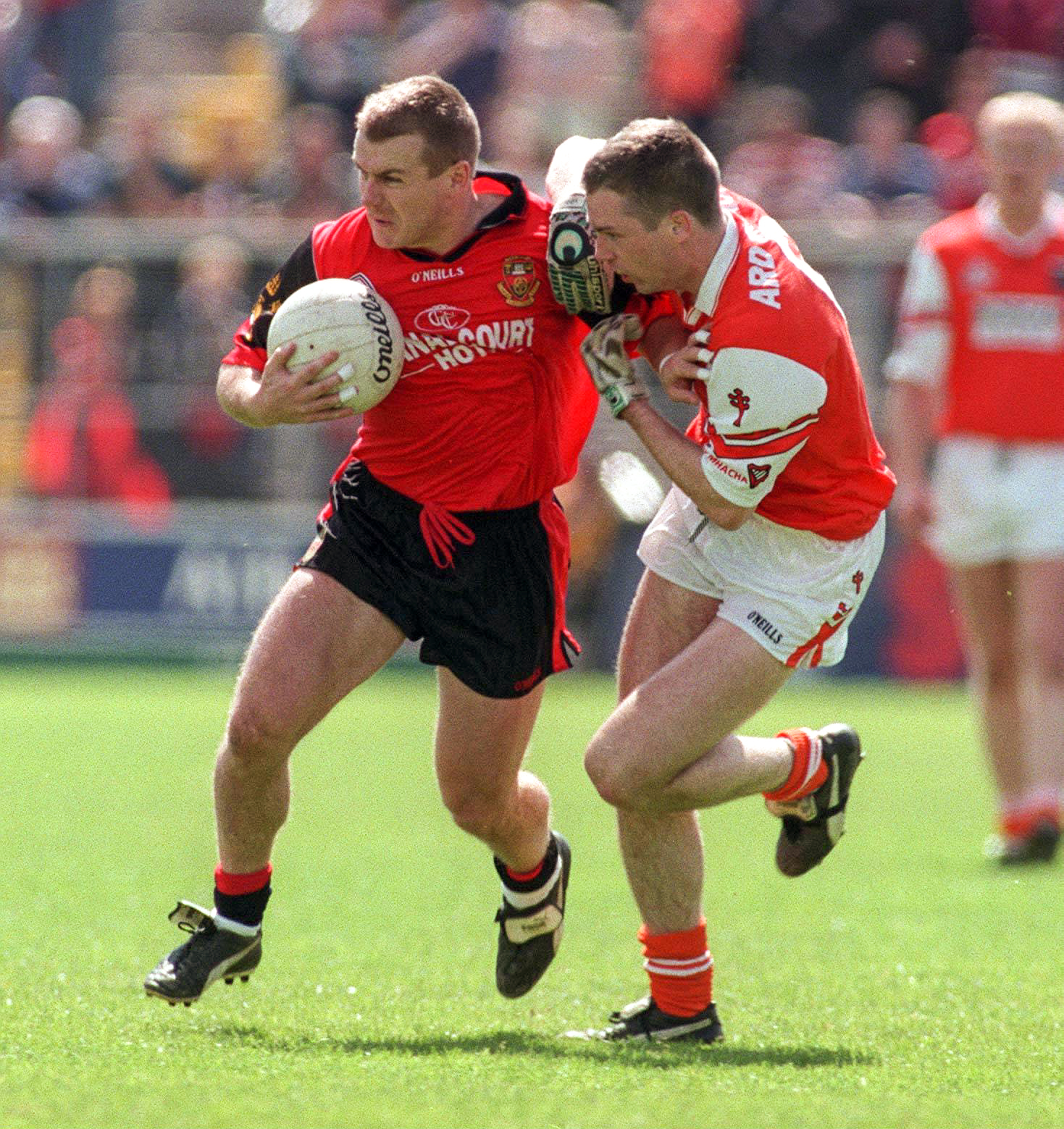 "If McCartan and Armagh were to push further, the only option that appeared open was for the player to transfer clubs again, this time into Armagh, with Ballyhegan a rumoured destination. Given the drama of his previous move to Burren, that was never a serious option.

"'Once I knew the Down story, that there was no chance of a new chapter for me, I was asked, and everyone wants to be wanted.

Couldn't not plug this today. New book on Armagh's 2002 success out in just over a week. Pre order at https://t.co/Yo1YuwkFlt.

This time 20 years ago I think our bus had been pulled in by the Guards for some stupid reasons 🙃 pic.twitter.com/74pCUvbLXC

"'Once it was pointed out to me that I would have to change clubs to do it, and it probably took me a while to win people over in Burren, and be accepted, I wasn't going to turn around and move clubs again.'"

This was only a snippet of the brilliant stories entailed in McCoy's book 'Kings For A day' and it is available to buy in all good bookstores, or online now.


popular
"He rode him like a machine rather than a racehorse" - Mullins doesn't spare Townend as second string come good
"Remember that name" - Sonny Bill Williams raves about Ireland U20 star after outrageous try assist
Matt Williams wants two changes and Peter O'Mahony benched for Ireland vs. France
Peter O'Mahony reaction to Liam Williams scuffle shows he may finally be mellowing
Ireland vs Wales: All the big talking points, moments and player ratings
Two changes as familiar faces return to our Ireland team to face France
"The truth is I've never actually worked a day in my life" - Russell bows out on his own terms
You may also like
1 day ago
Allianz National League Round 2: All the action and talking points
2 days ago
GAA defends their handling of Kilmacud Crokes and Glen replay saga
2 days ago
The SportsJOE Friday Pub Quiz: Week 9
1 week ago
Lidl launches One Good Club in support of youth mental health
2 weeks ago
QUIZ: Which Gaelic Football hard man are you?
2 weeks ago
Lee Keegan reveals who the toughest person he ever had to mark was
Next Page