Kilmacud Crokes will play in both of them, the hurling first at 2.30 and the football next at 4.30. Brian Sheehy is the only man on both panels, and we chatted to him just last month about life as a dual player.

Brian Sheehy admits there's a bit of stubbornness in him.

END_OF_DOCUMENT_TOKEN_TO_BE_REPLACED

As the only dual player across Kilmacud Crokes' senior hurling and football panels, there would have to be.

Sheehy doesn't start for the footballers, he didn't even get on for a minute in the knock-out stages of their championship but while he's disappointed about that, why wouldn't he be, his mindset hasn't changed and you only have to listen to him to know that he was certainly not for turning.

Because his love for football hasn't waned. Why should he stop now?

Clubs like Kilmacud Crokes - clubs with 5000 members - they aren't made for dual players and they've never had too many of them but men like Ross O'Carroll did it before him, and Sheehy, who plays corner back for the hurling team, is intent on keeping the fire burning.

END_OF_DOCUMENT_TOKEN_TO_BE_REPLACED

He's been inspired by the likes of Loughmore-Castleiney and Slaughtneil. He does it to inspire the kids of Kilmacud Crokes. You certainly wouldn't know he's only 21.

"Why should I have to quit one when I enjoy playing both?" he asks.

"I know that in practical terms it’s very tough but I have equal love for football and hurling.

"I think they are special games, they’re made to be played by a dual player. Years ago there always was, especially in Dublin. I want to keep it going as long as I can.

END_OF_DOCUMENT_TOKEN_TO_BE_REPLACED

"Loughmore's achievement was fantastic last year. It was a special achievement and great to see.

"You look at Slaughtneil and stuff, they’re really the standard-bearers for how a dual club can be run. So you have to look to them and take inspiration from them." 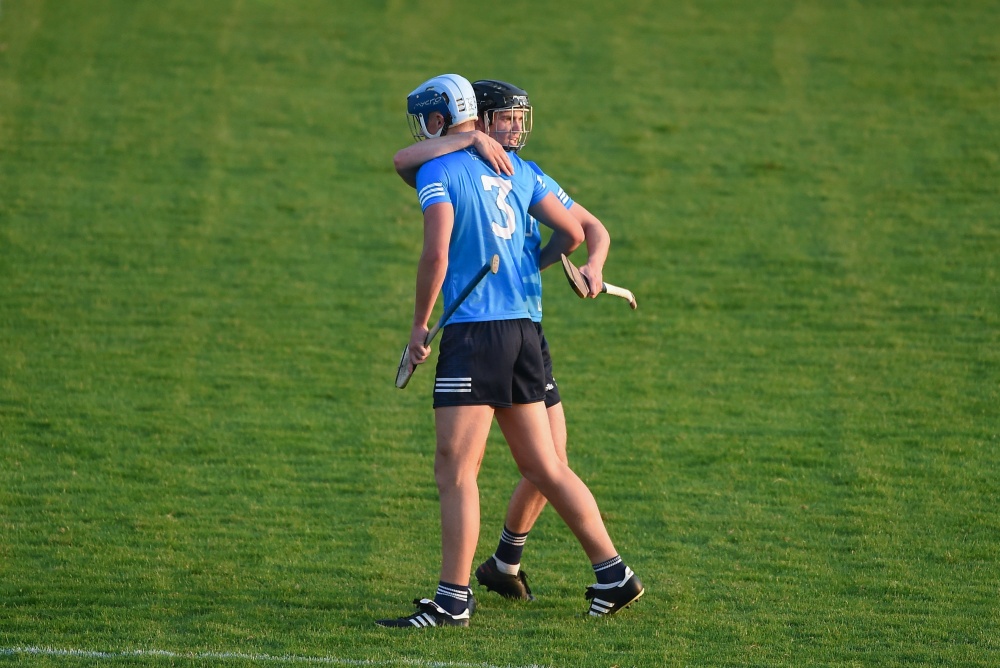 Kilmacud Crokes and Na Fianna contested both senior finals this year in Dublin but between the two teams, in Sheehy, Donal Ryan and Conor McHugh, there were only three dual players.

It's similar all over the county, where men like Ballyboden's Conal Keaney or Cuala's Con O'Callaghan are rarer by the year. In fairness, with numbers so plentiful in many of the county's clubs, it's a very difficult to see it changing.

"There’s always that worry of being caught in between the two stools. But I’m very passionate about being a dual player and I think that it’s a lovely thing to be able to do in the GAA and have groups of friends in either team.

"I am conscious that I am the only one at Kilmacud Crokes and I want kids looking up and thinking ‘there’s someone there’, even if I’m not playing both. But ‘he’s there so I can do it when I’m older’… I think that’s very important that I can inspire the next generation that it can be done.

"I don’t have any real plan of stopping either," he adds, "even though I get a few old heads in the club giving me their own opinions about it…"

He may not be getting his game for the footballers but there's no doubt about it, for the club, and for the science student in UCD in particular, these are very heady days. Sheehy has done the double-double in Dublin over the last two years.

"These days don’t come around that often. I know I was lucky enough to be involved in two last year but I grew up watching many Crokes’ defeats in finals so I’ve been enjoying it as much as anyone else."

"I think it comes back to the club," he says of the dual dream.

"Each individual club has to have a template for how a dual player can work. Each mentor for each underage team has to promote it underage.

"It’s not like people are playing hurling and football till minor then quitting one. People are quitting much younger, there are different sports involved.

"Communication between both sets of management is very important to keep everyone on board.

"It’s tough because you’re only training 50% of the time. If there’s a lad who only plays football training all the time, how do you justify starting ahead of him when he’s at all the sessions and you’re not?

"Every training I go to, football or hurling, I’m only going to one a week. There’s extra pressure to perform at that session compared to the lad that has two chances that week. I only have one chance.

"I’m in a very demanding college course at the moment, science at UCD, which is pretty much full-time. So you’re going to college and training three times a week. Then you’re trying to juggle other things like relationships, family, socialising, which is obviously a big part of college.

"It’s demanding but I wouldn’t do it if I didn’t enjoy it."

And if you were only talking to him, you wouldn't even have to ask the question. Because there'd be no doubt in your mind that this man is enjoying every second of it. 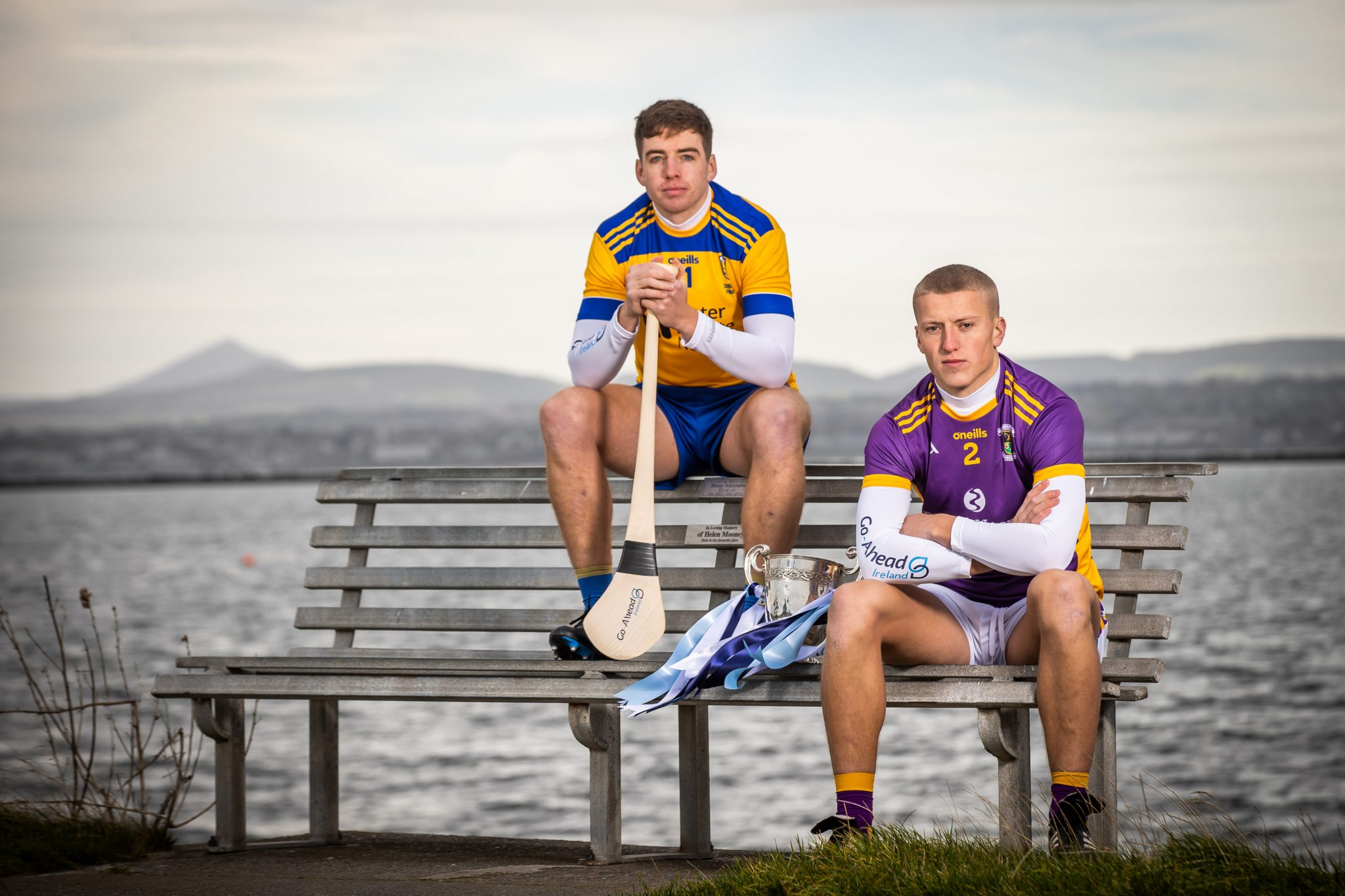 
popular
Matt Williams wants two changes and Peter O'Mahony benched for Ireland vs. France
"Remember that name" - Sonny Bill Williams raves about Ireland U20 star after outrageous try assist
"He rode him like a machine rather than a racehorse" - Mullins doesn't spare Townend as second string come good
Ireland vs Wales: All the big talking points, moments and player ratings
Peter O'Mahony reaction to Liam Williams scuffle shows he may finally be mellowing
Two changes as familiar faces return to our Ireland team to face France
Warren Gatland says Andrew Porter needs 'kick up backside' after flashpoint tackle
You may also like
2 weeks ago
QUIZ: How many of the 33 county SFC champions for 2022 can you name?
3 weeks ago
"You need to be able to hurl your way out of trouble" - Composure the key to Dunphy's game
1 month ago
"We'll have plenty of Christmases" - McGowan and club players should be envied not pitied
1 month ago
'With the worlds’ greatest thief not able to take even just one friendship away' - Cooper retires with heartfelt statement
1 month ago
Mickey Moran gives a rare interview in TG4's brilliant Anton O'Toole documentary
1 month ago
How many of the 65 county senior champions for 2022 can you name?
Next Page