Colm Parkinson: Money is a problem - not for Dublin, for everyone else

"Everyone will go out and look at the Dublin team - and it is full of superstars - and you go out to try stop Dublin. Everybody spends all their time trying to stop them. But, at the end of the day, you need to be knocking up that 20-point score against them. And that's where teams are consistently and consistently failing. Until that happens, and teams get up and break that 20-point barrier, I don't see this Dublin team being beat."

The penny is finally starting to drop.

Michael Murphy outlining what teams need to do against Dublin is something that has been obvious to me since Dublin demolished both Monaghan and Tyrone last year.

END_OF_DOCUMENT_TOKEN_TO_BE_REPLACED

More importantly, they will not score goals.

Tyrone played more attacking gameplan than we’ve seen all year on Sunday but created no goal chances from play - their only goal coming from a penalty.

You can't beat experience, and @PhillyMcMahon used his yesterday...

END_OF_DOCUMENT_TOKEN_TO_BE_REPLACED

Their tactic of playing long hopeful balls into Colm Cavanagh was more out of desperation than control. Long balls straight down the field are usually easy to defend but with Tyrone pushing hard and Dublin’s backs to the wall, Tyrone actually got some joy out of it.

Laois proved in the Leinster final that playing two big men inside and giving them quality diagonal ball could cause Dublin some problems. The problem with Laois was they were also in containing mode and couldn’t get enough bodies up to support Donie Kingston and Evan O’Carroll when they won the ball.

Outside of Kerry, when was the last time we saw one of the big teams play a three-man full forward line against Dublin? Or a team playing an orthodox, attacking, half forward line? Would a set up like that not take Dublin more by surprise than the defensive systems they have become so accustomed to?

END_OF_DOCUMENT_TOKEN_TO_BE_REPLACED

Dublin have no obvious weaknesses because teams, outside of Laois who just didn’t have the quality, haven't tried to expose them. They have all been in containing mode and Dublin have really won an All-Ireland without a glove landing on them.

So when Galway and Donegal, two teams with forwards that can really trouble Dublin,  play them next year, I hope we see them use attacking tactics, not containing ones. They should go for Dublin and trust their forwards to win them the game.

What’s the worst that can happen? Dublin win by 10 points... that’s exactly what we’re seeing now anyway without them even being really troubled.

.@Woolberto points out, once again, how important Cluxton was on Sunday and how he has years left to give the Dubs.

There’s no doubt this Dublin team will go down as the greatest team of all time. They have six out of eight titles now and they will probably do another three before Kerry eventually stop them because of the talent they have coming through.

Talk of funding is unfortunate for Dublin because we will never have definitive proof if it’s directly related to their success or not. This current brilliant team is backboned by an outstanding under-21 side from 2014 which has provided Jim Gavin with players like John Small, Jack McCaffrey, Brian Fenton, Eric Lowndes, Niall Scully, Paul Mannion, Cormac Costello, Conor McHugh and Davy Byrne. Ciaran Kilkenny would have been on that team too but he was in Australia.

That’s an unprecedented number of players to graduate to senior from the same team, especially in a big county like Dublin.

Every county has golden generations. Tyrone had them, Kerry, even Laois and Westmeath had them and it wasn't because of money. Special groups of players come through and that’s what that 2014 Dublin underage team was. 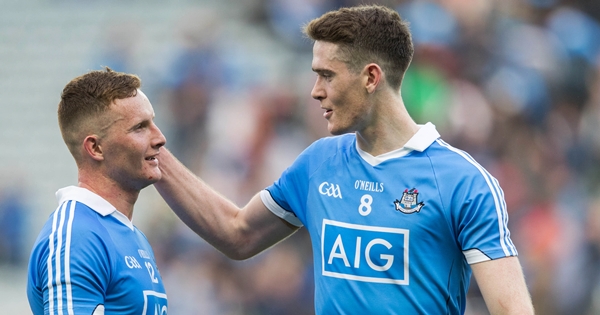 Is it fair to call the 2011 Dublin team a golden generation when a lot of them were routinely hammered by Kerry and Tyrone? Good management absolutely played a part with those players with Pat Gilroy and Jim Gavin doing incredible jobs creating a winning culture and team spirit to add to the talent they have.

The funding isn’t a Dublin GAA issue. However it is absolutely a GAA issue because targeting one county over others is just wrong and whether Dublin fans like it or not, it’s a fact and it won’t go away.

It’s not even about the effect it has had on Dublin  - like I said, this golden generation probably would have come along anyway. It’s the effect the lack of Games Development money has had on the rest. From 1995 to 2004, six different Leinster counties won a provincial championship and now it’s a waste of time. Most counties struggle with a lack of Games Development money while Dublin has been pumped with government money, GAA money as well as Leinster council money. The rest have fallen away.

Unless the GAA are doing something about addressing this imbalance, the other counties just cannot, and will not, compete with the Dubs on a regular basis and the All-Ireland championship might turn into the Leinster championship.