McCarthy has got the better deal and Kenny will need more than two years as the senior manager.

At Sunday's press conference, when Mick McCarthy was unveiled as the new Republic of Ireland manager, it was stated that the idea of replacing McCarthy with Stephen Kenny in 2020 was part of a long-term plan. Maybe it is and will prove to be. But it's difficult to know how to feel about it.

Kenny will be the Ireland Under-21 manager until August 2020, at which point he will succeed McCarthy as the manager of the senior team.

END_OF_DOCUMENT_TOKEN_TO_BE_REPLACED

In Premier League terms, this is the equivalent of a team appointing Sam Allardyce until the end of the season and announcing that he'll then be succeeded by Brendan Rodgers.

That wouldn't make a lot of sense and either does aspects of Ireland's arrangement. 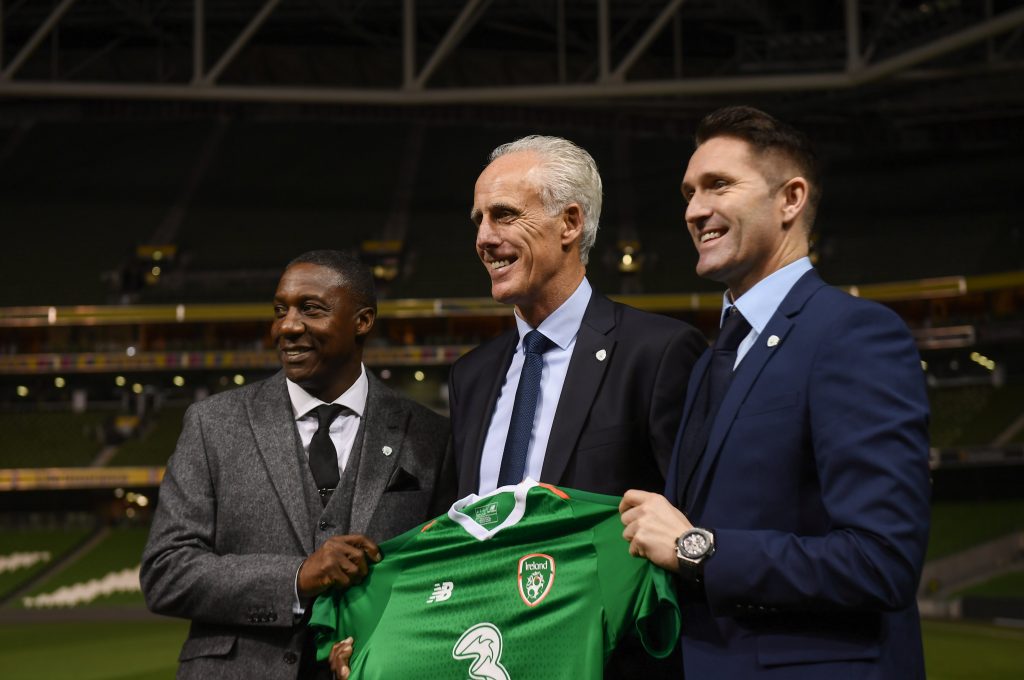 It feels like a very Irish solution to a problem, something that can breed optimism and anxiety at the same time.

END_OF_DOCUMENT_TOKEN_TO_BE_REPLACED

After attending the two press conferences, I'm relieved that the previous management team have left, hopeful that McCarthy can put some shape on the current crop of players but worried for Kenny. It seems that McCarthy has got the much better end of the deal.

Firstly, his job is much more straightforward. He has been tasked with ensuring that Ireland are among the top 24 national teams in Europe, as 24 teams will qualify for Euro 2020. Ireland are currently ranked in 23rd place out of Europe's 55 teams.

Despite the abject horror of the last 12-months, there is significant room for improvement and qualifying for the Euros shouldn't be beyond this group of players.

Under McCarthy, they won't play the expansive, progressive, passing football Kenny will try to install. But they will be better prepared and more effective than they were over the last 12 months. 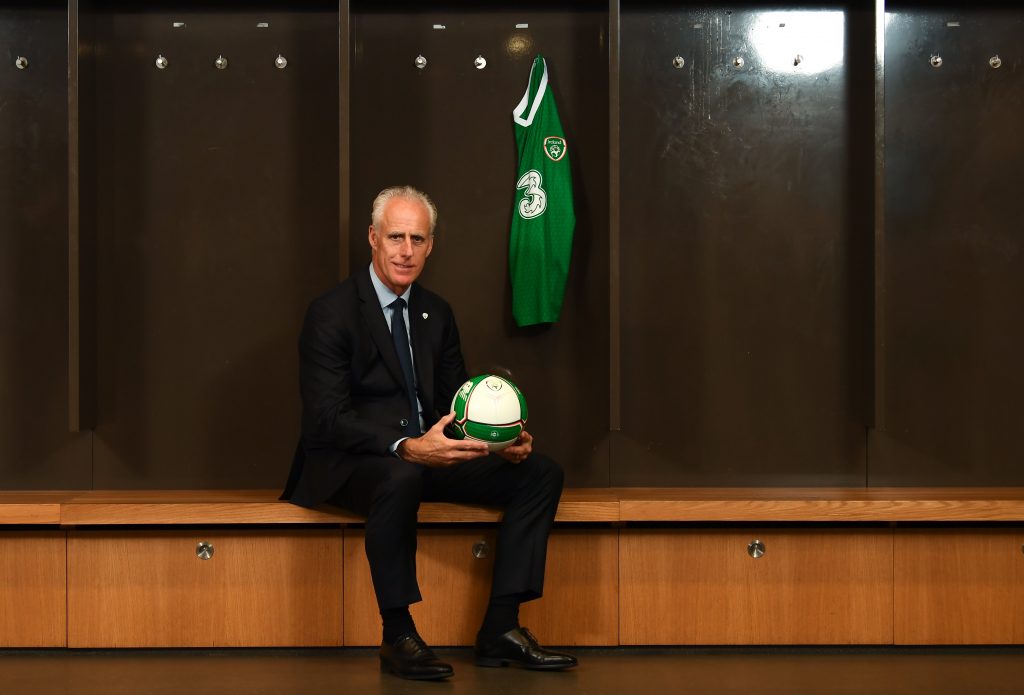 END_OF_DOCUMENT_TOKEN_TO_BE_REPLACED

Under Martin O'Neill, Ireland had a dreadful record at set-pieces, particularly when trying to defend them. 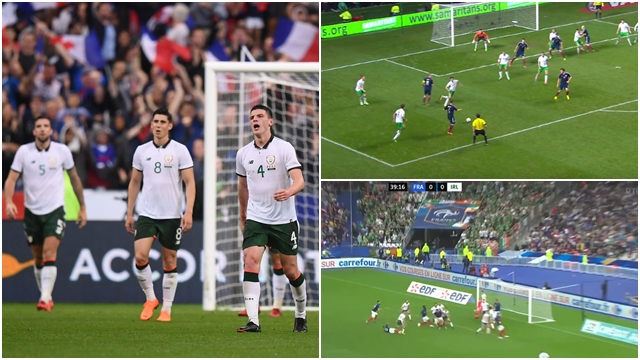 Why do Ireland keep conceding the exact same goal?

Such qualities in international football shouldn't be underestimated. Gareth Southgate's England were 20-minutes from reaching a World Cup final thanks to their effectiveness from dead-balls.

If all goes well, McCarthy will lead the country out at Euro 2020. He will then leave before fans can start calling for his exit, before the players get the chance to get tired of listening to him or before his effect wears off.

Almost every Ireland manager over the last 30-years outstayed their welcome, including Mick the first time around. So, McCarthy hasn't been given the raw deal here.

It arguably couldn't have worked out better for him, and that includes factoring in the extremely generous financial package he'll receive over the next two years.

Of all the Ireland managers over the last 30-years, Mick's team was arguably the least direct https://t.co/iTgsbmqfEI

It's not quite that simple for Kenny. He told the media on Monday that he "hopes" to be in his post beyond 2022, and so does anyone who called for his appointment. Because Kenny's remit as the senior manager is much more difficult than that presented to McCarthy.

After taking charge of the Under-21 side for 18-months, he has to ensure that Ireland are among the top-13 teams in Europe in order to reach the 2022 World Cup, (only 13 European countries qualify for the Qatar World Cup, the final 32-team tournament before the expansion to 48 sides in 2026).

It could be argued that, regardless of who the Ireland manager is, this is an extremely tough task. There will also be a lot of expectation placed on him when he eventually takes the top job.

The task of reaching Euro 2020 is easier than qualification for the 2022 World Cup. So, why not give it to the person who will eventually become the manager?

It's also difficult to see how Ireland will have any sense of continuity switching from managers with such contrasting views on how the game is played. 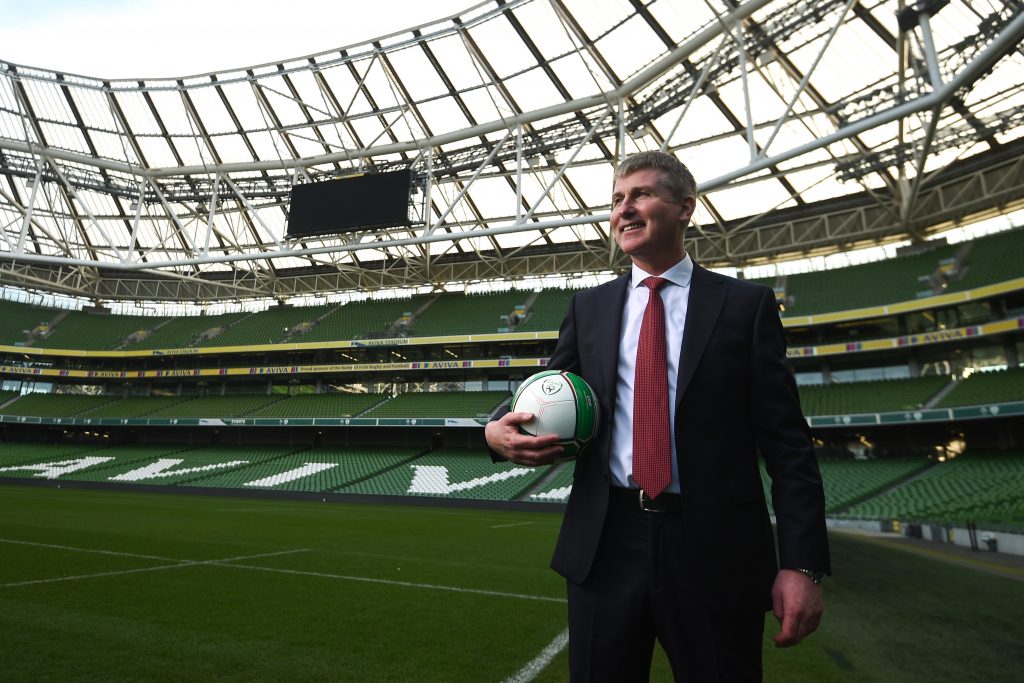 Mick was Jack Charlton's most-trusted player, his representative on the pitch and Ireland captain despite being a couple of levels below Ireland's other more technically gifted players.

Kenny said on Eamon Dunphy's podcast The Stand that he lost touch with the Ireland team during the Charlton years because he couldn't identify with the style of football being played.

One is an arch-pragmatist. The other has a clearly defined idea on how the game should be played and won't break from his principles of passing football.

"There are a lot of young talented players playing throughout the country"
https://t.co/KG6KHbxEeW

Throughout Kenny's career, from Longford Town to Dundalk, he has taken teams from low ebbs to success, playing progressive football. He has a keen eye for identifying talented players and helping them develop to reach their potential. This is exactly what the Ireland team, and Irish football, now needs.

If he's going to be the senior manager eventually, why not give him the easier campaign to embed his style of play? Why is he trusted to take the team to the World Cup but not a bloated European Championships?

There are still so many questions surrounding this arrangement, but one thing is clear - Kenny will need more than two years as Ireland senior manager if this is to stand any chance of working.

Something I wrote about Stephen Kenny and Irish football.https://t.co/A2iADIstbr

Kenny also has a lot more to lose.

He sacrificed the chance of leading Dundalk into the group stages of the Champions League, something that would have been beneficial for all of Irish football, to wait on a job that won't begin for another 18-months.

Considering how much has happened in Irish football over the last week, it's difficult to even comprehend how much will have changed by August 2020. 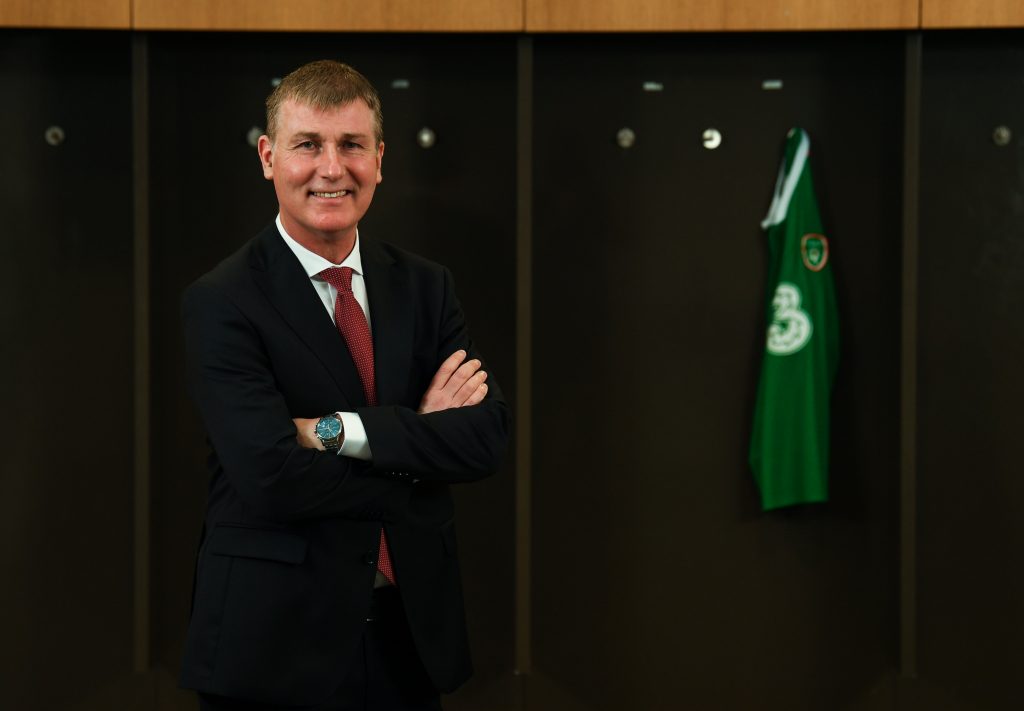 The mood around the Republic of Ireland team has fluctuated dramatically over the last 10 days. The emotions have ranged from apathy to anger, embarrassment to despair, relief to optimism, despondency to acceptance, confusion to appeasement.

Unless Kenny is guaranteed to stay in the Ireland job beyond 2022, his reign could become a massive missed opportunity. At that point, the ultimate feeling will be one of bitter disappointment.

That's why it's possible to feel optimistic but anxious about the arrangement. There are just so many questions, so much potential for this to go wrong.

"Do I think that I could take charge of the next generation of Irish players and turn them into a really cohesive team; combining the best virtues of Irish sides... but introducing a more European style of play, a more fluid and expansive way? Yes, I do" https://t.co/qOPcq8dT7Y

If it does work out, if McCarthy gets the team to Euro 2020 and Kenny then introduces a more expansive, modern style of football played by a crop of technically gifted young players who qualify for the 2022 World Cup, it will be a great success.

Kenny's appointment could become the spark that begins a much-needed shift in Irish football. If it doesn't work out, and he isn't given enough time, it will all have been for nothing.

The stakes are high, and, at this point, it's difficult to know how to feel about it. But it certainly feels like a long time since O'Neill was complaining about Ireland lacking a "natural goalscorer."


popular
Sean Dyche set to be named Everton manager after Marcelo Bielsa talks break down
Roy Keane flatly rejects longstanding perception of ex-Man United midfielder Paul Ince
Allianz National Football League Round 1: All the action and talking points
Roy Keane leaves ITV pundits in stitches after Pep Guardiola's pre-match interview
Conor McGregor hit by car ‘at full speed’ while cycling
"I don't like to fill my time that way" - O'Hora going his own way in an era of obsessives and covering all bases
Quiz: Identify these 15 football clubs that are not named after a place
You may also like
1 month ago
Roy Keane cracks ice cold Ireland joke after France lose World Cup final to Argentina
1 month ago
Ireland reportedly line up Lee Carsley as next national team manager
1 month ago
Talksport presenter puts Martin O'Neill to the pin of his collar over Declan Rice and Jack Grealish
1 month ago
UEFA fine FAI €20,000 for Ireland dressing room song
1 month ago
The 10 England World Cup footballers who could have played for Ireland
1 month ago
Shay Given on how far Ireland could've gone at the 2002 World Cup with Roy Keane in the team
Next Page