Not since June 2016 has Wes Hoolahan started two games in one week for Ireland.

Since that Belgium game in Bordeaux, there have been 15 matches and seven different opportunities to play two games inside seven days but Hoolahan has been spared that torment every time.

In fact, since the Euros, the only time Hoolahan has featured in two different days in a week was back in June when the club season was over but he never started in either of the games against Mexico, Uruguay or Austria. 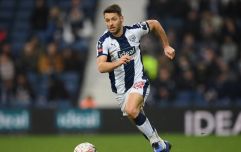 END_OF_DOCUMENT_TOKEN_TO_BE_REPLACED

He came on at half time against the South American outfit but, a whole seven days later when Ireland actually had a competitive game, he was reduced to 20 minutes of action. 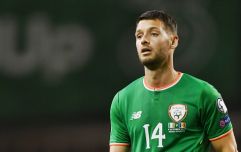 END_OF_DOCUMENT_TOKEN_TO_BE_REPLACED

Twice, O'Neill has saved him to start the last competitive game of the international break but, twice, that meant he didn't play anything during the first outing.

Why does this even matter? Well, on Friday night, Hoolahan played 78 minutes of Ireland's comfortable win over Moldova. He now has Saturday and Sunday to recover before they head to Cardiff for a battle and O'Neill is unlikely to use him - never mind start him - if recent history is anything to go by.

The most he's played inside seven days for his country this season is 86 minutes back in October of last year.

Even at club level, he's played four and been brought on four times in Norwich's league clashes so far this season - almost being reeled out every other game but they're not afraid to use him with three, five and six days between games in the Championship.

Ireland might well be and, whilst you can argue that he's 35 and shouldn't be expected to do that anymore, you should really be asking why he was kept on so long against Moldova when he was so obviously going to be needed in Wales. 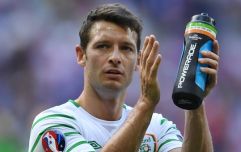 END_OF_DOCUMENT_TOKEN_TO_BE_REPLACED

You can also point to the fact that Daryl Murphy is 34 and we're probably going to need him to start on Monday too.

And you can come back to the reality that we're Ireland and we're so much more potent with Wes Hoolahan in the team. It would be bonkers if he didn't play in this do-or-die clash in Cardiff, especially if it was to just keep him on for a while extra against Moldova.


popular
Solskjaer gamble on Harry Maguire backfires in most horrendous way
WATCH: Munster fans in Paris pay tribute to Anthony Foley with spine-tingling Fields of Athenry rendition
José Mourinho swaps Conor McGregor a Roma jersey for some whiskey
GAA at its best as Bellaghy players run into team-mate who buried his father that morning
"I'll go back running the roads now and make sure my body doesn't get lazy"
Alex Ferguson wrote Mickey Harte a letter - ex Tyrone boss reveals in new memoir
Jeff Stelling loses it during Soccer Saturday after Brighton was denied a blatant penalty