"It was a reality check. I still think United are well short."

Roy Keane has said that Manchester United experienced a 'reality check' in their 3-2 defeat to Arsenal on Sunday. The Gunners beat Man United at the Emirates Stadium in a dramatic Premier League match.

Eddie Nketiah scored the winner in stoppage time, his second goal of the game, to give Mikel Arteta's team three points. Bukayo Saka scored the other goal for Arsenal, while Marcus Rashford and Lisandro Martinez found the net for Man United.

The win puts Arsenal five points clear at the top of the table, with 50 points from 19 games. Man United remain in the top four, but Keane believes Sunday's game proves that his former team are still behind their rivals. 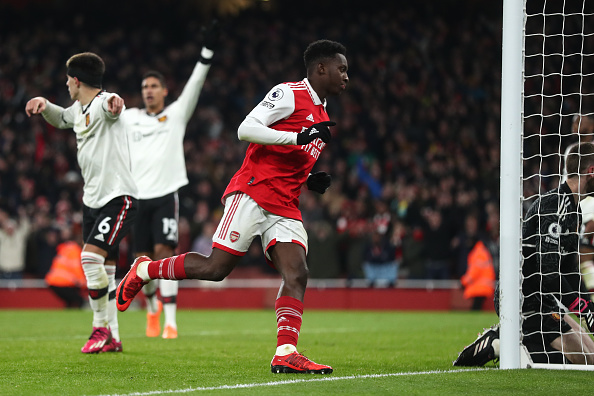 “There is a bit to go with United," Keane said on Sky Sports.

"They did come and perform but it’s hard to win games when you concede three goals. They were part of a really good game but Arsenal deserved it.

"If there was any doubt about whether these players (Arsenal) were up for the challenge ahead, they showed they are top of the table on merit."

"For all the money {Manchester] United have spent, they're still well short" 👀

“United have made progress," Keane continued.

"But at the end of the game, I’m looking at (Luke) Shaw still at left-back – there are questions over him. (Aaron) Wan Bissaka, Fred, (Scott) McTominay... It’s like Manchester United haven’t moved on from the problems in the past.

"I’m not blaming them as it was a tough game, give credit to Arsenal. It was a reality check.

"I still think United are well short. They were missing players today but a squad like United should be able to deal with it.

"Then when the going got tough you are looking at the bench and it wasn’t great. For all the money United have spent they are still well short.

"I think they are certs for the top four, maybe win a cup but in terms of competing for league titles there is a way to go." 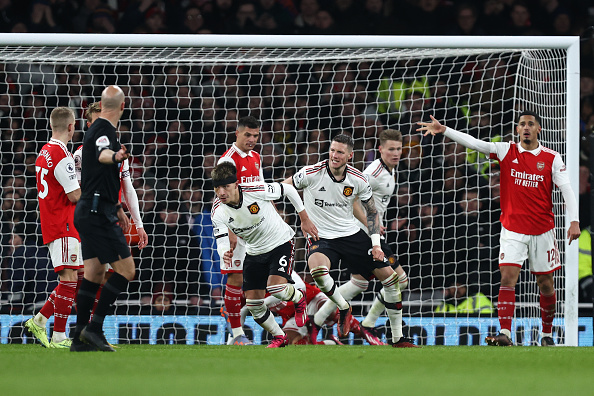 Keane was particularly critical of Aaron Wan-Bissaka. The Man United defender was at fault for Arsenal's first goal and struggled throughout the match.

"Considering we praise him saying he’s a good defender. This is big boy stuff, big moments. Do your job. Go and attack the ball," Keane said about the defender at half-time.

The Irishman also praised Arsenal and predicted that it will take a lot to stop Arteta's team from winning the club's first league title since 2004.

“They are in a great place with momentum," he said.

"There’s an innocence about them but there is a nastiness too. That was a big challenge today. In tight games where they were up against it and they showed character and personality. We saw that today.

"They have experience, youth and pace. Good options off the bench. It will take a lot to stop them.”

Roy Keane is full of praise for Arsenal & their bid to win the Premier League. pic.twitter.com/cxynGeAGMa