Trossard left the Seagulls on Friday.

Brighton's Adam Lallana fired a parting shot at Leandro Trossard after confirmation of his departure was revealed on Friday.

Trossard was announced by Arsenal on Friday afternoon and could make his debut against Manchester United on Sunday after being registered in time.

His move to the Emirates followed after his public falling out with manager Roberto De Zerbi, despite scoring seven goals for the Seagulls.

END_OF_DOCUMENT_TOKEN_TO_BE_REPLACED

The Belgium international becomes the latest high profile name to leave the Amex Stadium, with Ben White - who he will reunite with at Gunners - and Marc Cucurella two of many to depart in recent years, but Lallana said that Brighton can cope without him.

"Players can leave Brighton but we’ve got enough without them.

🗣 "Players can leave Brighton but we've got enough without them."

Adam Lallana believes the Brighton team can cope with the loss of Leandro Trossard pic.twitter.com/Dp9Ky1rKZe

END_OF_DOCUMENT_TOKEN_TO_BE_REPLACED

Tensions between Trossard and De Zerbi first surfaced after the World Cup break when the winger's agent said that the Brighton boss had 'humiliated' his client.

He said: "“After the World Cup there was an altercation at training between Leandro and another player over an inanity.

"Since then, the trainer has not spoken to Leandro, which is obviously not conducive to the atmosphere, as well as performance-wise. 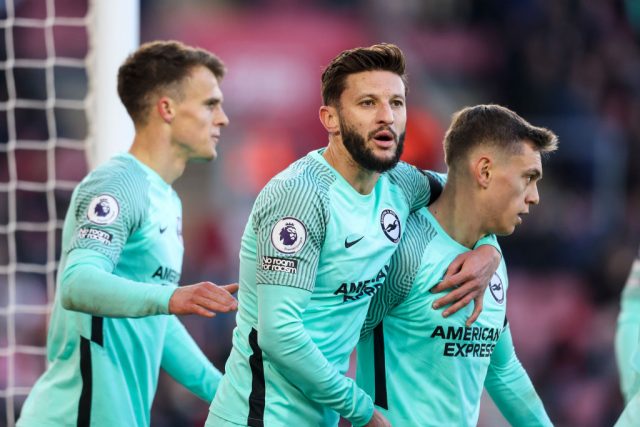 "Leandro still was a first-eleven player against Southampton and Arsenal but against Everton he was on the bench.

"Last Monday, the manager [De Zerbi] humiliated Leandro in [the] group and indicated that he no longer wanted to see him. A manager who has not communicated directly with his player for four weeks is really incomprehensible."


popular
Ireland vs Wales: All the big talking points, moments and player ratings
Conor McGregor offers solution to Croke Park fiasco that should suit all parties
A minute's silence will be held before Man United's game tonight to pay tribute to Berkeley victims
Hugo Keenan shows incredible speed to save the day after rollicking Irish start
Allianz National League Round 2: All the action and talking points
Conor McGregor hit by car ‘at full speed’ while cycling
Everton release brutal 59-word statement to confirm Anthony Gordon departure
You may also like
1 day ago
The SportsJOE Friday Pub Quiz: Week 9
2 days ago
Even Roy Keane felt Michael Dawson went too far with his remark to Tom Heaton
2 days ago
Chelsea fire back and clear up why Hakim Ziyech's PSG move collapsed
3 days ago
The four players offered to Man United before they decided on Marcel Sabitzer
3 days ago
Police called to Roma midfielder Nicolo Zaniolo's house after he misses training
4 days ago
Ireland set for 82,000-seat World Cup opener as Arsenal reject huge Katie McCabe bid
Next Page