"Let the people sing their stories."

James McClean and others have defended the Ireland football team who have come under some heavy criticism following video footage of the players singing a rebel song.

Ireland had just beaten Scotland to secure their place in the World Cup, a historic victory that caused wild and deserving celebrations from the panel, the management and fans.

In typical celebratory fashion, the party was continued in the dressing room, where the players dance, hugged and sang. 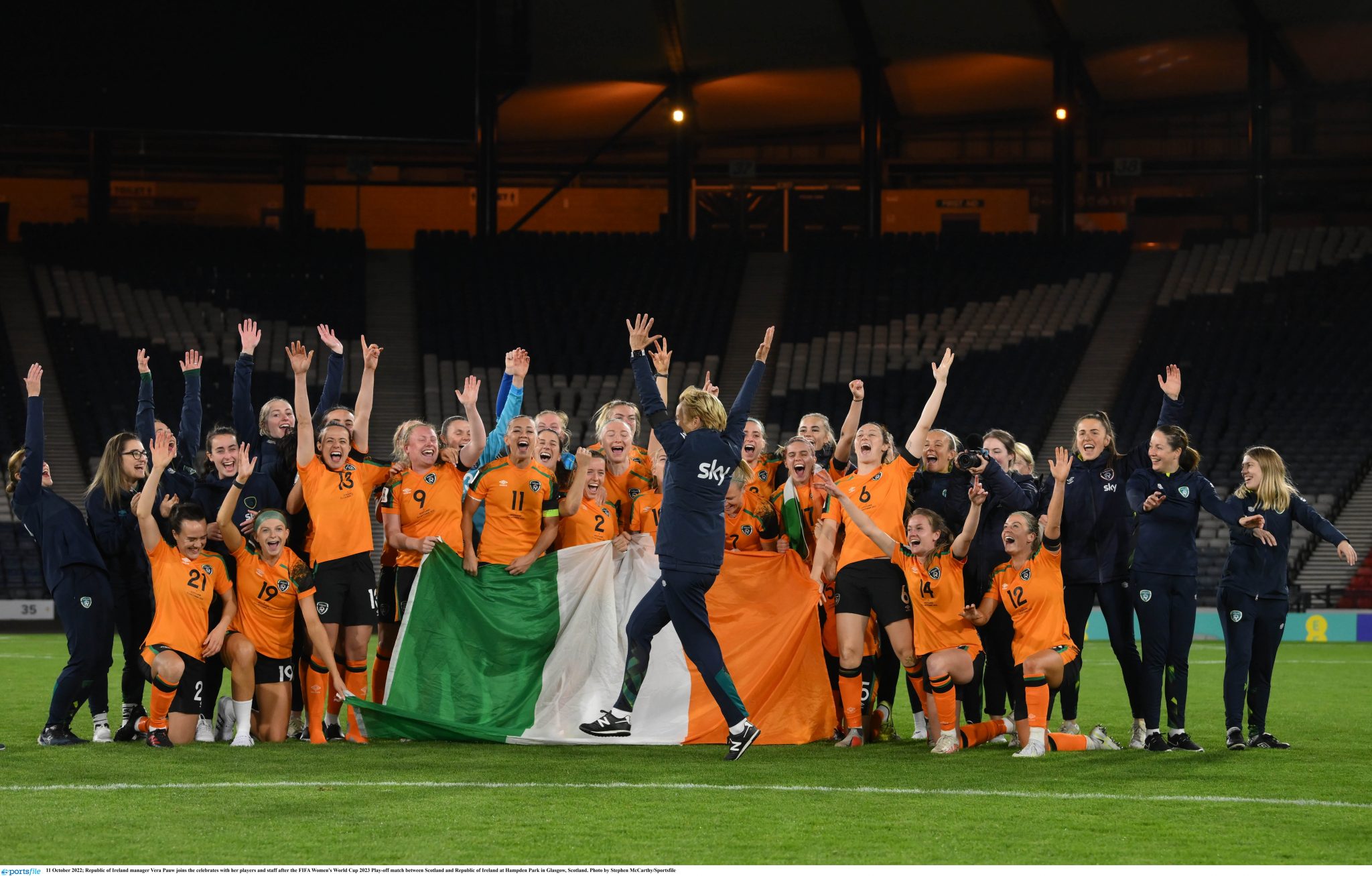 END_OF_DOCUMENT_TOKEN_TO_BE_REPLACED

However, they began to sing the rebel song Celtic Symphony, and when a clip of it emerged online, it was met with heavy criticism from aspects of the media.

Players Chloe Mustaki and Áine O'Gorman were up in front of the press, the morning after and apologised for any offence they may have caused. 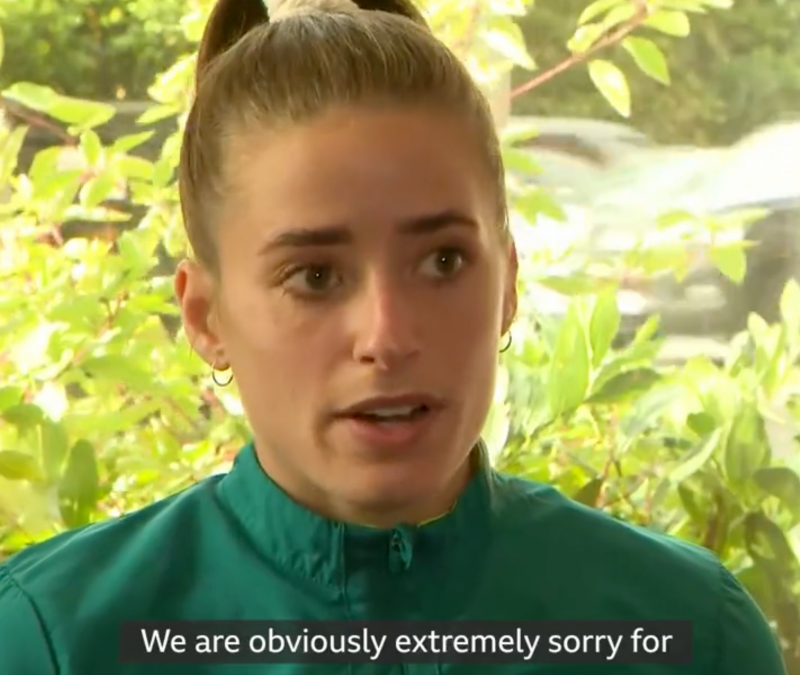 "It was obviously a massive lapse in judgement on our end, you know, lots going on when the final whistle went and we absolutely didn't mean to cause any hurt on our end so we do really apologise for that, absolutely."

However, some leading figures in Irish football have come to the defence of the team, including former Everton star Kevin Kilbane.

The defender tweeted a clip of the interview, and underlined his annoyance at the presenter's choice of questioning.

Rob Wotton grilled the girls for singing the song, and then asked "Does it highlight the need for education on issues like this?"

That was the question that Kilbane took exception with, tweeting: "Very poor last question to ask re education. #knowyourhistory"

Current Irish international James McClean posted on his Instagram a picture of himself with the Wolf Tones, the band who wrote Celtic Symphony, and added the following caption with it. 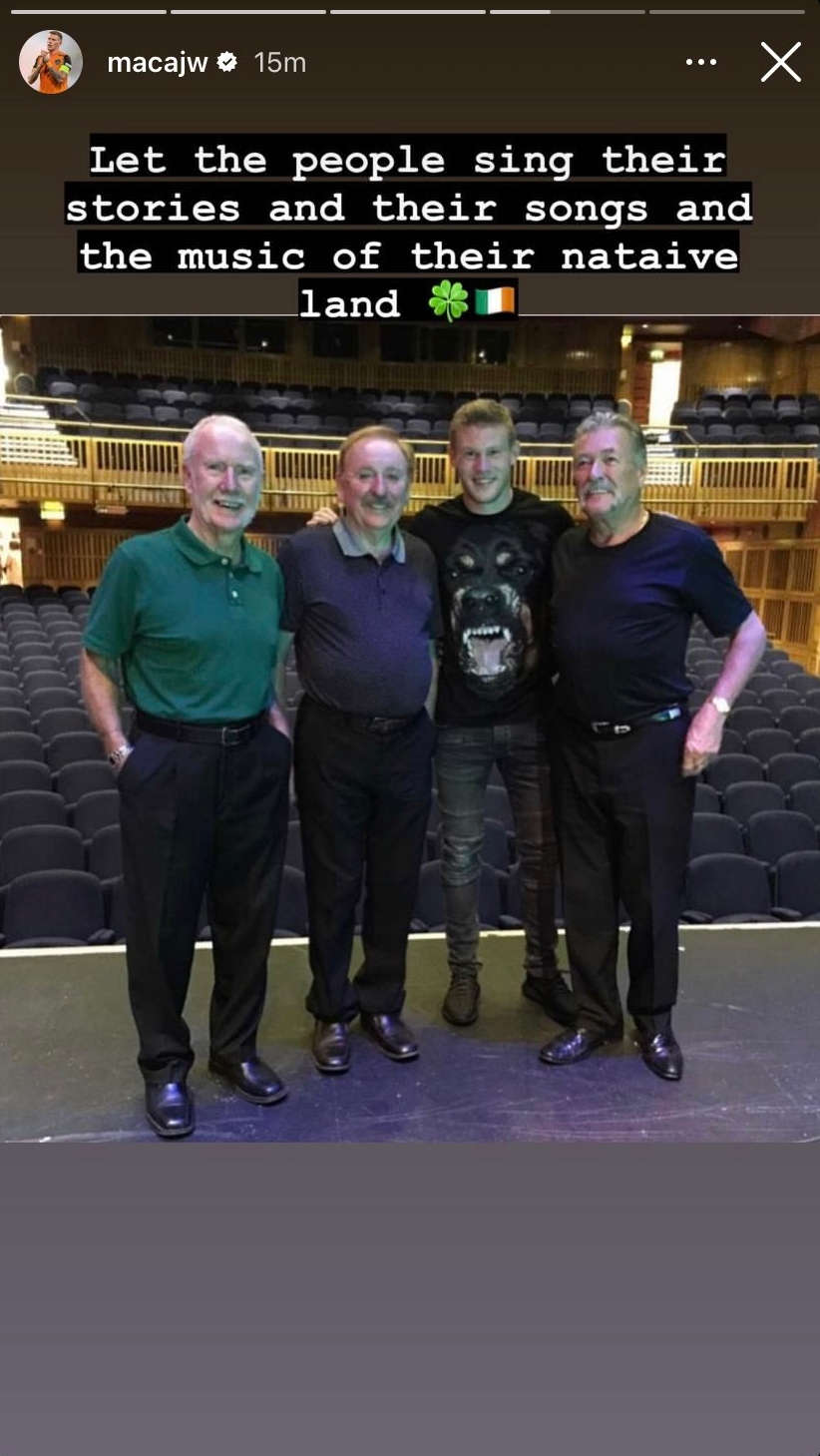 "Let the people sing their stories, and their songs, and the music of their native land."

Advertisement
Dr Panti Bliss-Cabrera also spoke out about the incident on Twitter, and gave a much more levelled perspective on the matter.

"My own unasked for two cents: No they shouldn't have sung it, it's unhelpful, and disrespectful/hurtful to victims and their families.

"But neither is it supporting the IRA - young people with no memories of the Troubles unthinkingly treat the chant as an ironic post colonial jibe."

My own unasked for two cents:
No they shouldn't have sung it, it's unhelpful, and disrespectful/hurtful to victims and their families.
But neither is it supporting the IRA - young people with no memories of the Troubles unthinkingly treat the chant as an ironic post colonial jibe

This is no doubt a debate that will continue to rumble on, and it isn't the first time that it has reared its head.

The Tyrone Gaelic footballers were criticised for singing a rebel song on their team bus just a couple of years ago, while the Limerick hurling team met some backlash for singing 'Sean South' in the dressing room previously too.


popular
Roy Keane reacts to Brazil's jubilant celebrations in first half demolition job
World Cup 2022 Day 16: All the major action and talking points
Portugal boss could strip Cristiano Ronaldo of captaincy
Roy Keane handled Gary Neville’s goal celebration as most Irish fans would
Rory McIlroy explains 'falling out' with Shane Lowry that lasted a few years
Roy Keane cracks up ITV pundits with description of Senegal supporters
Didi Hamann thought Brazil substitution was "disrespectful" to South Korea
You may also like
3 weeks ago
"I race over to stop him from falling off his chair" - Delaney's shock when he heard O'Neill wanted Keane
3 weeks ago
"I was called ‘the Northerner'" - Martin O'Neill opens up on his time as Ireland manager
4 weeks ago
James McClean gets straight on to Graeme Souness after being told 'to get on with it'
1 month ago
Stephen Ireland explains why his Ireland career ended after only six caps
1 month ago
Stephen Kenny responds to Brian Kerr's criticism of his performance as Ireland manager
1 month ago
"Nobody could touch him that day" - When Roy Keane reigned in Spain
Next Page