United fans may not have much to celebrate these days, but they do have a world class talent on their hands.

Are there any Manchester United supporters who need reminding that things aren't going too well for them at the minute?

They're sitting fifth in the league, just three points off the top four, but the performances have been wildly inconsistent for the past 12 months.

And despite injuries to some of the team's most talented players, the signing of Bruno Fernandes has sparked a new wave of optimism among the United supporters. But it's not the Portuguese international that United fans should be most excited about, it's 18-year-old Mason Greenwood.

In Greenwood, United have one of the most promising young players in the world on their hands. 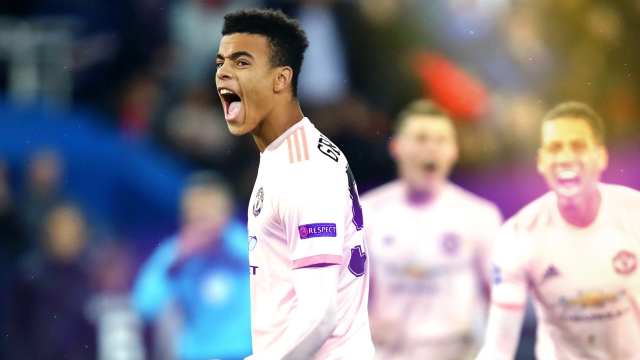 There's no need to compare the two, United have both, but it's already clear that Greenwood has more natural finishing ability than Marcus Rashford, who was having an incredible season until he suffered a nasty injury, and appears to be improving with age.

A lot of Greenwood's best traits can be summed up perfectly by his goal against Watford last weekend. So let's break it down into four steps, highlighting just how talented the young forward is from one goal.

When Greenwood first receives the ball, he runs at Capoue, leading the Watford midfielder to believe he's going to try and take it past him or pass it in his direction. Instead, he nonchalantly carries the ball past him, leaving United in a 4-on-3 situation.

He's not the quickest player in the world, but with game intelligence like this, gliding past players won't ever be an issue for him.

It's not the first time he's showcased his impressive dribbling skills, and it certainly won't be the last. 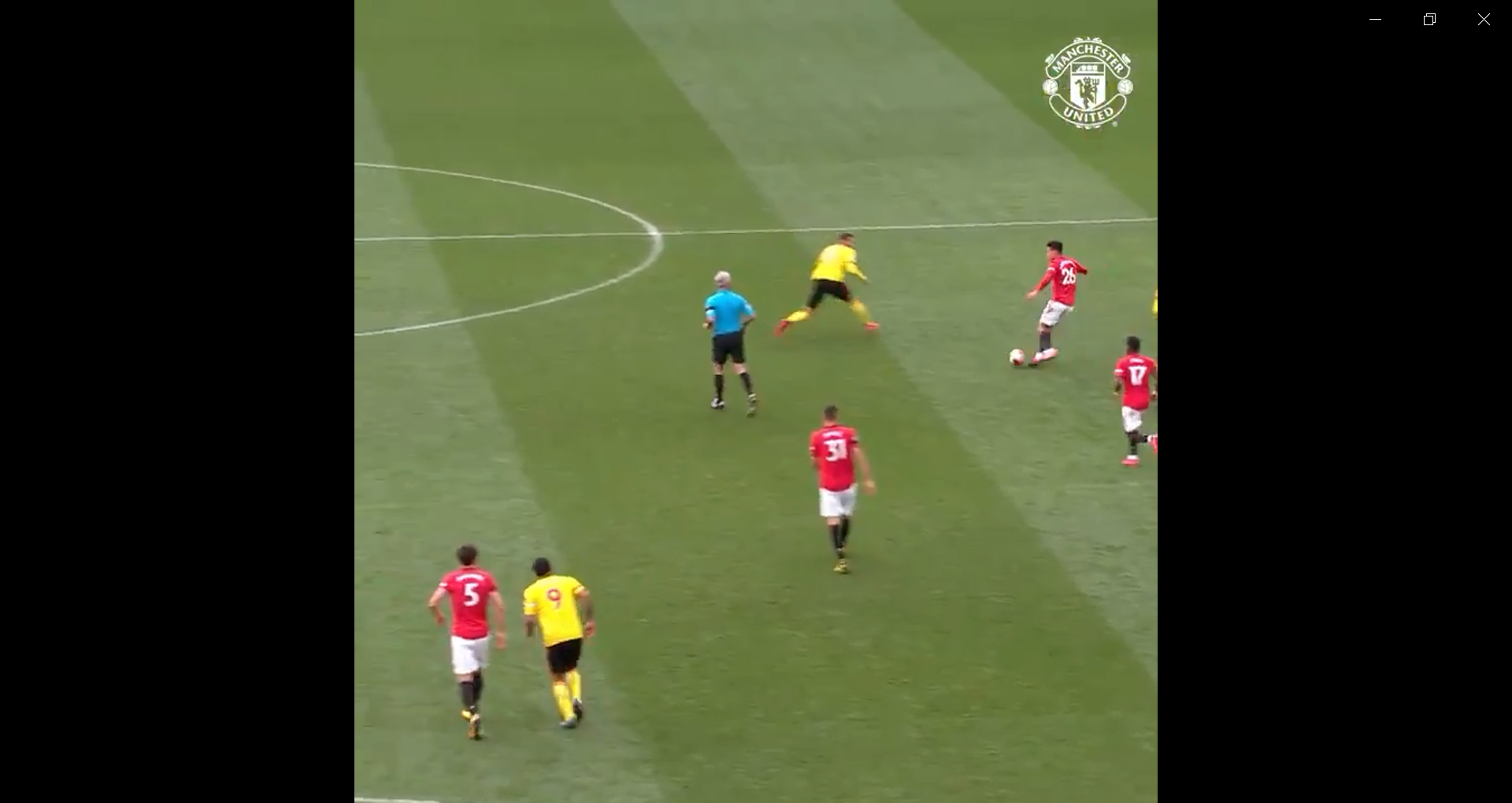 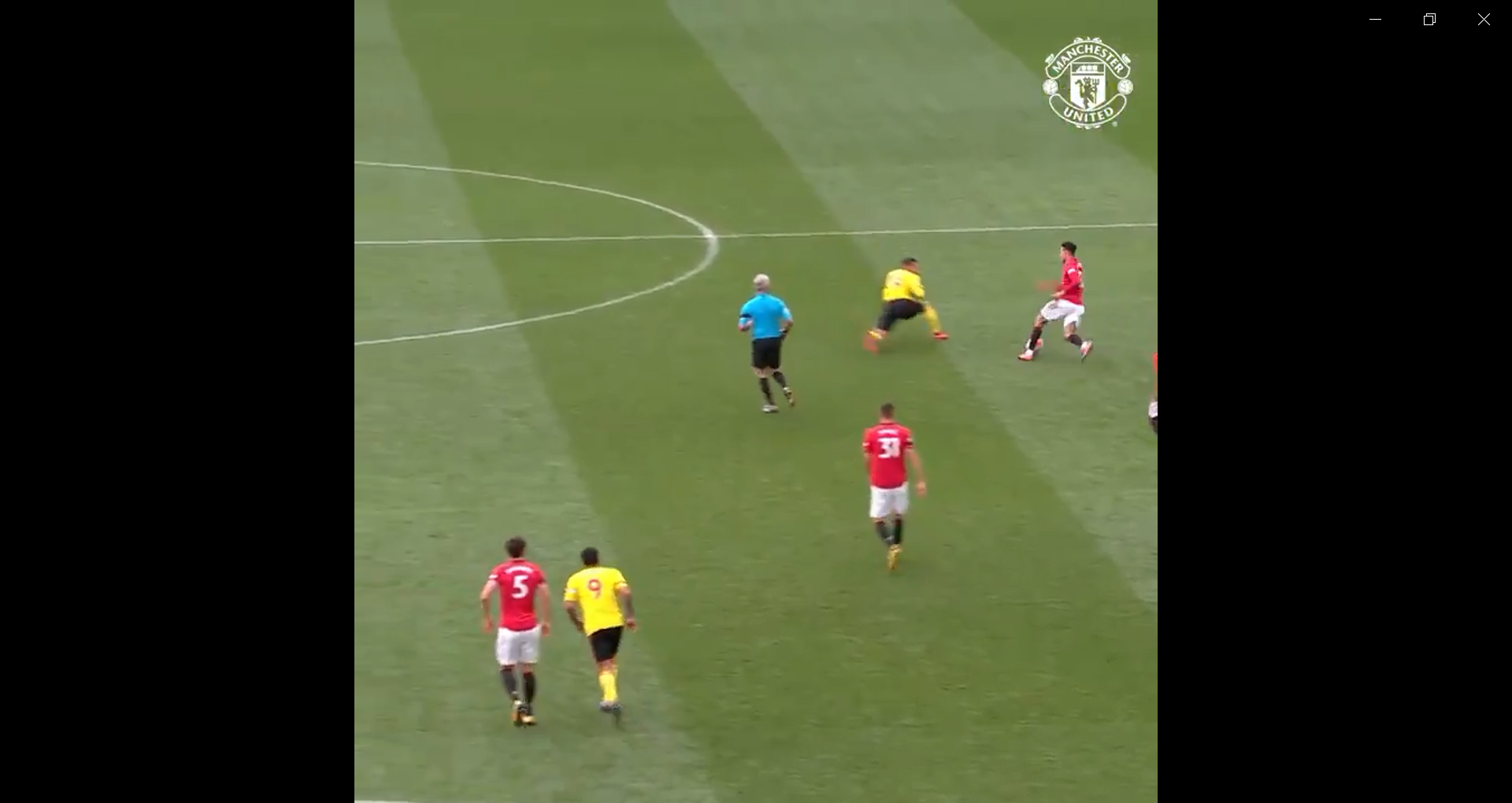 He then lays the ball off to Bruno Fernandes, and instead of making a darting run into the box, Greenwood hung back, getting the ball back off Bruno almost immediately.

The defence is unsettled as a result of the little one-two, increasing the forward's chance of getting a shot away.

Decision making like that at this age is just one of the many reasons why United fans know they have a gem in the ranks.

Once he gets the ball back, Greenwood takes his first touch, before taking another slight one immediately afterwards to set himself up for the shot.

By the time that touch is taken, he has already made his mind up with regards to exactly where the ball is going, and it's that touch that enables the finish. 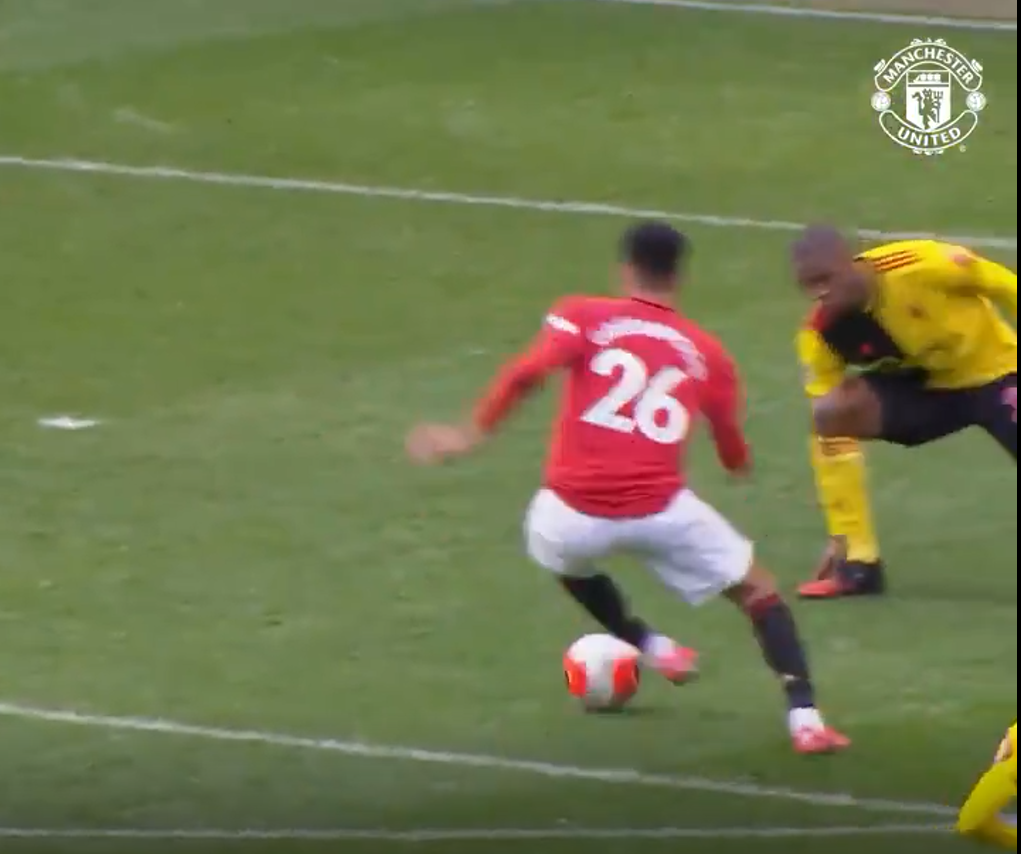 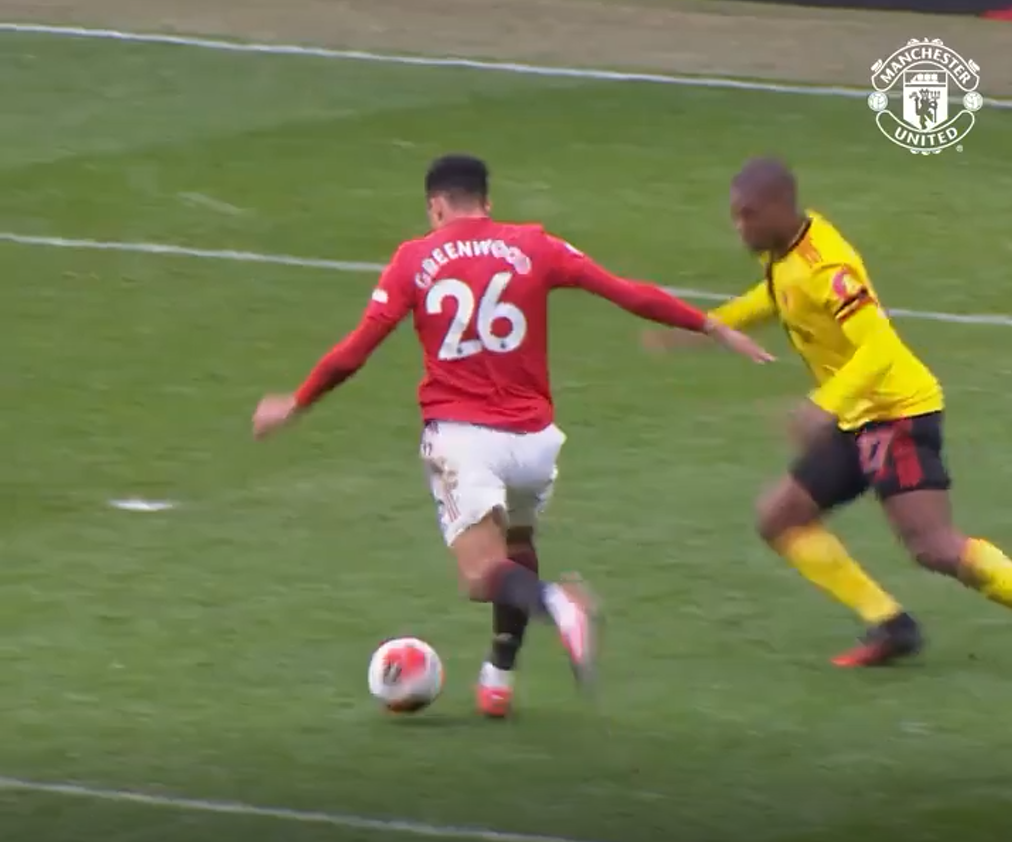 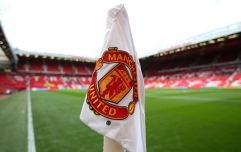 END_OF_DOCUMENT_TOKEN_TO_BE_REPLACED

Then you've got a classic Greenwood finish, which seems ridiculous to say about an 18-year-old who only has 12 senior goals, but there is already a pattern emerging.

It is his second goal that has gone in off the woodwork in the Premier League, while majority of the rest of them are powerful, clean strikes that almost always find a corner of the goal.

A sweet strike through the ball, rifled past the keeper.

How many more times are we gonna see this link-up? 😍 pic.twitter.com/g53sv5eplP

Solskjaer has already said on a number of occasions that Greenwood is the best finisher at the club, and although he may have his managerial deficiencies, he damn sure knows about finishing.

United fans should get used to seeing the 18-year-old wheeling off in celebration, it's going to happen a lot.


popular
Referee Mathieu Raynal puts Sexton in his place after TMO mess
Sexton compares "brilliant" Irish debutant Craig Casey to Jonny Wilkinson
"I was like, ‘My ear is hanging off my head. Can you not see that?!'"
Three Irish forwards stand tall in player ratings after Italy thrashing
QUIZ: How well do you know Manchester United players of the 2010s?
Owen Farrell rages at referee Pascal Gauzere as Wales catch England sleeping
The SportsJOE 12 o'clock quiz | Day 308

You may also like
1 week ago
Exciting details confirmed about new Alex Ferguson documentary
1 week ago
Ravel Morrison says he stole Rooney and Ferdinand's boots to feed family
1 week ago
"The boy had a good heart, he was just beaten by his background."
1 week ago
Gary Neville says Man Utd defensive trio not good enough to win league
1 week ago
Harry Maguire rages about West Brom calls in post-match interview
1 week ago
The SportsJOE 'Who Scored More' Quiz | Part 2
Next Page