Solskjaer may prove to be the right man for the job, but United have ignored the obvious candidate

Solskjaer has not yet proven that he is the ideal candidate for the Manchester United job – but Mauricio Pochettino has.

December 18 is a date that Manchester United fans aren’t going to forget in a hurry. Just before 10am in the morning, it was announced that Jose Mourinho had left the club.

Social media exploded. Most people felt it was the right thing to do, while many (you know who you are) felt like “it was the players” who were to blame. Or that “Jose wasn’t the problem”.

Sky Sports News reeled out everyone they could when discussing who should be the next man to take The Biggest Job In Football, and one name came to everyone’s mind, Mauricio Pochettino.

Why? Well, because at that point, he objectively was the right man for the job.

He ticked every box. It all seemed perfectly set up. He’d guide Spurs to yet another successful, over-achieving season, and he would leave the club with some great memories as he took the reigns at Old Trafford, finally free to spend what he wished – something he hasn't had the freedom to do at Spurs.

Pochettino has been competing with the big boys for years now, cementing himself as one of the best managers in the world in the process. It would have been a no-brainer for Manchester United, the biggest club in England, to go all out for him.

But just as he did over and over again throughout his career as a footballer, Ole Gunnar Solksjaer came out of nowhere and threw a spanner in the works. 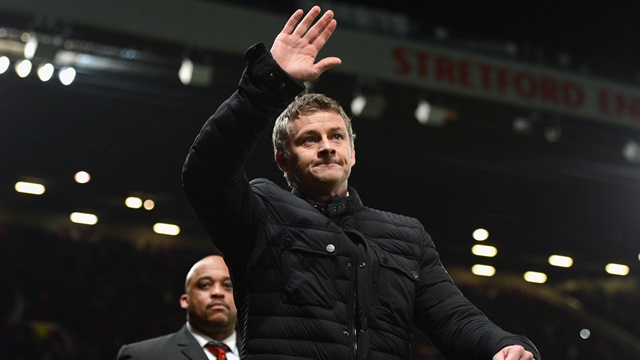 END_OF_DOCUMENT_TOKEN_TO_BE_REPLACED

United were always going to get a boost when Jose left. They broke free from the shackles of negativity, and were finally being encouraged.

Shockingly, playing Paul Pogba in an attacking position started paying off, and he began looking like one of the best players in the world.

Heck, even the defence shored up, despite Mourinho's constant complaints that United needed two more centre backs (on top of the two that he had already signed).

But what Solksjaer was doing was unbelievable. United were hammering teams. Attacking relentlessly. They beat everyone in their sights, comfortably. The "first big test" came at Spurs, and in a game where United were absolutely battered for over an hour, they scraped a win, albeit with a clear tactical counter-attacking plan.

Solksjaer was praised for his tactical decisions both before and throughout the game, as was David de Gea for performing heroics in the United goal. Spurs had 21 shots, compared to United's 13.

The next few weeks were up and down, but with more positives than negatives.

A 2-2 draw with Burnley was the first time United had dropped points under the new manager, and even that came after they were 2-0 down. Then United played PSG and lost 2-0 in a game where nobody played well. They were outclassed on the pitch, as was Solksjaer off it.

END_OF_DOCUMENT_TOKEN_TO_BE_REPLACED

Martial and Lingard went off through injury, and they were replaced with Juan Mata and Alexis Sanchez. You'd find more legs at a local Sunday league team match.

It was a slip-up, but it was to be expected. Everything had been perfect up to that point, and it couldn't last forever. United bounced back quickly with an amazing away win against Chelsea and a 0-0 draw with Liverpool, despite having half the team missing through injury.

But it was one night in Paris that made it clear the job was Solksjaer's. United became the first team in Champions League history to overturn a 2-0 home defeat, and beat PSG 3-1, thanks to a Marcus Rashford penalty in injury time.

It was a night that Manchester United fans all around the world will never forget. After the game, Rio Ferdinand said that the club should get a contract out, let Solksjaer decide his wage, and let him sign it.

In the post-match interview, Gary Neville's first question was "Where do you want the statue?"

Yessss Ole is officially at The Wheel... Signed, Sealed, Delivered! Manager of @ManUtd! 🙌🏽 I hope my Thank You is in post Ole 🤣📝❤️ #MUFC #Ole pic.twitter.com/lUUel4f6zw

At that point, it was done. The job was his. Since then, he has lost two games on the bounce. Two difficult away fixtures, one at Arsenal and the other at Wolves.

END_OF_DOCUMENT_TOKEN_TO_BE_REPLACED

So let's summarise absolutely everything we know about Solksjaer as a manager, at Manchester United at least.

But there are still plenty of things that we know nothing about. Has he got an eye for a good signing? Will he be able to identify the places that United need to improve in? Will he be able to get as much out of this United side as Pochettino has at Spurs? Or as Klopp has at Liverpool? Or Guardiola at City?

Because as unfair as this may seem, that's who he needs to be compared to now.

Do we, or the United board, know enough about him to give him such a big job, based on 19 games?

First things first, we know he got United out of a rut that Jose left them in. You know that he sculpted one of the club’s greatest ever European nights (with a VAR-machine-shaped slice of luck). And you know that the players want him to get the job.

Perhaps the main argument for the Norwegian is that he has got both the fans and players on his side, which is definitely important. But is that really enough? In recent years we have seen what Klopp, Guardiola and Pochettino have done with each of their teams, while simultaneously getting the players and fans on side.

Those teams play football that the rest of the world is jealous of. That's a fairly effective way of getting the players and fans on side as well.

Is what Solksjaer has done so far worth more than Pochettino’s genuine miracle work at Spurs? Coaching a side to regular top four finishes, while spending considerably less than their rivals? Competing with the best teams every single year, and playing beautiful football while doing so?

Everything that United fans think Solksjaer is good at, they know Pochettino is. That's not to say that Solksjaer isn't also adept at these things or that he can't reach a similar level. But it remains to be seen.

There is every chance that Solksjaer will lead United to glory. Maybe he is the next Fergie.

Maybe United will become the United of old. Fergie wasn't the best manager in the world when he took over, after all. Now he's seen as up there with the best of all time.

Maybe the combination of naivety and inexperience will prove to be exactly what the club has needed after years of having "proven" managers at the helm.

And if they do, brilliant. It's definitely possible. They've already had one of the club's all-time great European nights under the Norwegian. Next up is Barcelona. They couldn't, could they? They could. Just like Solksjaer could be the next elite manager in world football.

On 28 March, he has the job. Full-time. Maybe this will also be a date that United fans will remember, for all the right reasons.

But if they don’t, they’ve potentially lost one of the best coaches in the world from their grasp and taken a massive risk in the meantime.

Ole's at the wheel. The wheel of a beautiful sports car that has been driving smoothly so far. But the car hasn't even passed its NCT yet, and whether it was the right idea or not, United have just bought it.

Let's see where it goes.


popular
Roy Keane on the experience of being managed by Jack Charlton at USA 94
Dublin club Man O'War suspends all training and matches after positive Covid-19 test
Max Holloway's class gesture after controversial UFC 251 loss transcends the sport
"Ah Jesus Brian why didn't you tell me?" - the GAA's youngest Millennium Men
"Never back against the Irish" - How the BBC covered our USA 94 win over Italy
Jack Charlton's role in getting Roy Keane to Manchester United has been revealed
The SportsJOE 12 o'clock quiz | Jack Charlton special (Day 112)
You may also like
1 month ago
'I never liked Eric Cantona... but he was my favourite player' - Neil Ruddock
1 month ago
10 Liverpool players Manchester United fans loved to hate
3 months ago
The Ultimate Manchester United Treble-Winning Quiz
4 months ago
"The day Dean Henderson comes back, he's obviously fighting to play"
4 months ago
"I would have lynched him after that" - Roy Keane
1 week ago
The SportsJOE 12 o'clock quiz | Day 100
Next Page