There was a stack for Erik ten Hag and the Manchester United supporters to get upset about, following the club's 4-0 defeat to Brentford. Some of the statistics from the game will only add to the sense of despair and anger.

Brentford destroyed United on the pitch and on the stats sheet. The Bees collectively covered 109.4 kilometres during the game, compared to 95.6km from the United starting XI and subs.

END_OF_DOCUMENT_TOKEN_TO_BE_REPLACED

Added to that, Brentford's players made 21 presses to put United players under real pressure in their defensive third. United registered just seven such presses. Brentford also had 90 sprints, across the game, as opposed to 60 from United.

In more general terms, this is the seventh time United have conceded at least four goals in seven away games since the start of 2020. They have conceded four goals in first halves of matches on four different occasions since the start of the 2021/22 season and their current run of seven consecutive away defeats in the league equalled a record the 1936 United made [they would eventually go on to lose 11 in a row].

Ten Hag has cancelled a scheduled day-off for the Man United squad, according to The Sunday Times, and he reportedly formulated a running drill punishment to drive home how much his side had been out-worked. 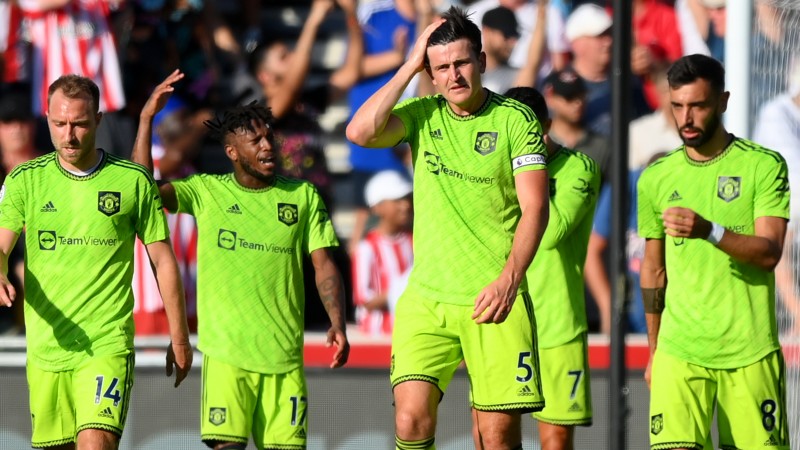 END_OF_DOCUMENT_TOKEN_TO_BE_REPLACED

Following United's 4-0 thumping at the hands of Brentford, Erik ten Hag was asked in a press conference what to say to supporters that feel like many of the current squad 'do not care'.

"We will learn, we will have to learn, it's not good enough, clear, it's not the level and the standard how we want to act," ten Hag replied.

"It's not possible the opponent is more hungry than you are. I saw in the second-half a comeback but you have to start well and it's not good.

"When the results are like this, I can imagine that feeling, it's also no good. That we show that, clear, so we have to change that. We need more hunger on the pitch and show that as an individual and as a team."

END_OF_DOCUMENT_TOKEN_TO_BE_REPLACED

The former Ajax coach reportedly 'tore into' his underperforming team after their humiliation. The squad arrived back in Manchester on Saturday night and were due to have Sunday off. Ten Hag, however, ordered the squad to report for training on Sunday morning.

Sky Sports' Kaveh Solhekol has reported that the Dutchman wanted his players to start off running the 13.8 kilometres that Brentford put in, across the pitch, in their win. With 16 players, including the five subs used, featuring at Gtech Community Stadium, the running drill was more symbolic that sapping, but ten Hag will hope that it drives home the point.

That extra training session and running drill should give some United fans hope that Erik ten Hag is not suffering fools after his side's shocking start to the season.

United's next match is against Liverpool at Old Trafford next Monday.

Yaya Toure opens up about Cake-gate