"Look at me when I'm talking to you."

Gary Neville and Jamie Redknapp were involved in a heated exchange on Sky Sports following Brentford's 4-0 win over Manchester United.

The Bees hammered an abject Man United and provided the club with another low point in a year that has been littered with grim moments.

Following the game, Neville and Redknapp clashed over the root cause of the Red Devils' problems.

It got pretty intense between Gary Neville and Jamie Redknapp after Man Utd's 4-0 defeat to Brentford last night 😳🔥 pic.twitter.com/437HJwM6xd

END_OF_DOCUMENT_TOKEN_TO_BE_REPLACED

Neville pinned the blame on the club's owners, the Glazer family who are deeply unpopular with most of the club's supporters.

Redknapp, however, felt the players needed to shoulder some of the blame too.

You can read the full transcript of their dispute below.

Neville: "Those players, we've told the story of them for 12 months. We're continually saying the same things about the same people. Wasn't it Ralf Rangnick who said Man Utd needed open heart surgery?

END_OF_DOCUMENT_TOKEN_TO_BE_REPLACED

"He was the guy to direct this club, so they've obviously not listened to him or they've got complete inability to bring the players into the club. Man Utd have always answered fan anger through money and spending - the problem is no one wants to take the money.

Redknapp: "And maybe no one wants to come here at the moment.

Neville: "They can't spend the money - and that's a big problem. I said at half-time if you're a player watching that performance what are you thinking? It is a great club, a magic club, it's been the biggest thing in my life and I couldn't be more proud to support them. But at this moment in time, it is really desperate.

"There's no leadership, no voice, you can't blame individual players or the manager. You have to look above, you have to look at the very top. This week, they're going to get peppered.

"But there's a family over there in America who are letting their employees take all the hits and that is unforgivable. Joel Glazer has got to get on a plane tomorrow, get over to Manchester and tell everyone what the hell his plan is with the football club.'

Neville: "You've had a go at the players. 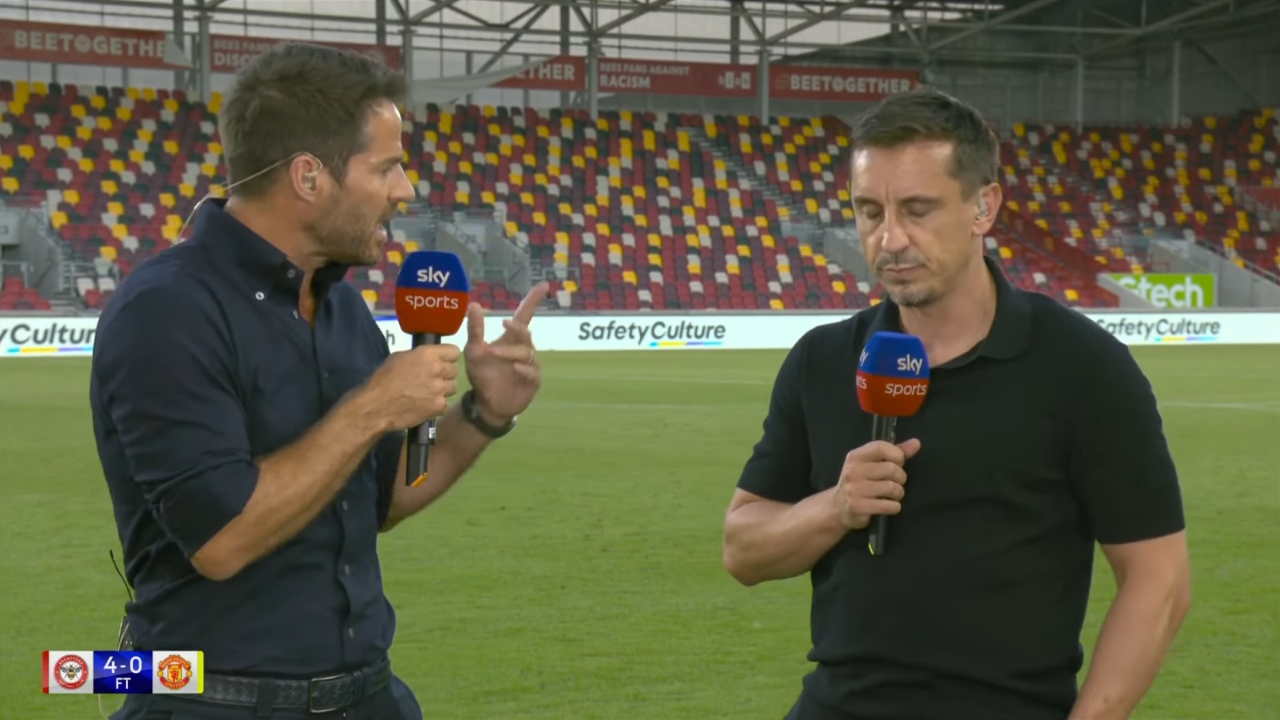 Redknapp: "You can't go blaming the owners when the players are putting in performances like that. Let me ask you a question. We didn't win the league for 30 years at Liverpool, right? Look at me when I'm talking to you. They have to take responsibility, when you're a player you don't think, 'I wonder what Joel Glazer is doing tomorrow?'

Neville: "How many times are we going to say the players lack leadership and personality?

Redknapp: "How many times are you going to say they've got to get rid of the owners?

Neville:"They've proven they can't handle it these players - so they needed a good transfer market.'

Redknapp: "It was Ed Woodward's fault - he's gone. Who's fault is it now?'

Redknapp: "They keep spending money on the players. You think they go and everything's going to be great.'

Neville: "Jamie, they took £24m out of the club about two months ago. We've got a decrepit, rotting stadium that is second-rate when it was the best in the world 20 years ago. You've got a football project where they haven't got a clue, they put bankers in charge of the football club, they've not appointed a sporting director.

"You can look at the players all you like, but there are that many big things that need to be put right first. They've got to show up and face the music, you can't keep hiding in Tampa. 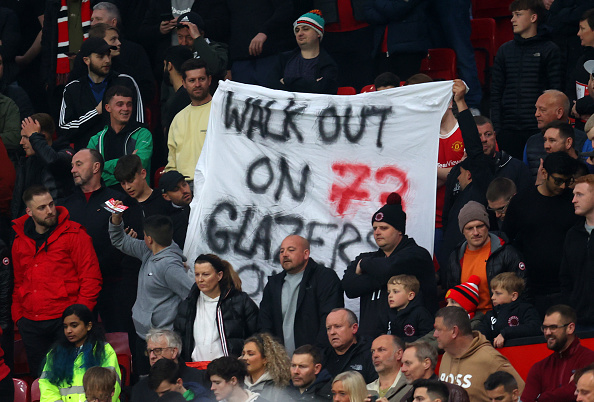 Redknapp: "I get that about the owners, but you can't keep saying it's nothing do to with the players.

Neville: "Jamie, I've heard you criticise Daniel Levy at Tottenham when they failed over a long period of time because they've had failure over 20, 30 years. That's fact. So my point is, they've failed at Man Utd for ten years. The club is rotting.

Redknapp: "But he (Levy) has got it right - you know why. He's done what you should've done and got Antonio Conte in, but you didn't want to touch him. He would've come here and got those players in better shape than what they are.

Neville: "Hang on, he's now got a manager who suits what they want to do at this moment in time. Man Utd are the opposite of that."

You can watch the full exchange below.