Just when supporters of the 20-time league champions think it cannot get any worse, Manchester United's current crop show how. These are tough but entirely fair Man United player ratings.

"It's like a men’s team against Under 9s," declared an irate Gary Neville from the Sky Sports commentary gantry. 35 minutes had passed at the Gtech Community Stadium and Manchester United were 4-0 down to Brentford.

Erik ten Hag told the BBC, "It's a hell of a job," after watching his Manchester United side get beaten 2-1 by Brighton & Hove Albion, last weekend. One wondered what was going through his head as his side imploded against Brentford. 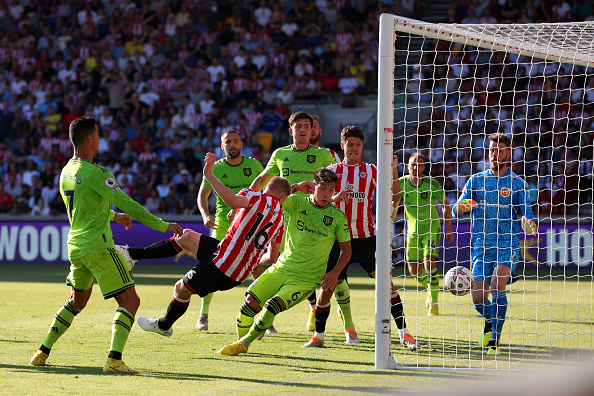 END_OF_DOCUMENT_TOKEN_TO_BE_REPLACED

Ahead of the game, Neville had said United would need to 'defend for their lives' against a Brentford side that are known for their high pressing game, at home, and set-piece dominance. The Bees were the fourth best Premier League side for set-piece goals, last season, but ten Hag started without the taller, more physical Eric Bailly or Raphael Varane in the centre of defence.

More on that later. The first goal was 90% down to what Jamie Redknapp described as a 'Massimo Taibi' moment for David De Gea. The Spaniard looked to be comfortably behind a Josh DaSilva shot but succeeded in only flubbing the ball into his own net.

Look away now Man United fans (and fans of above average goalkeeping) 😬 pic.twitter.com/pyfKolT2en

END_OF_DOCUMENT_TOKEN_TO_BE_REPLACED

Eight minutes later and United were 2-0 down after unsuccessfully trying to play out from the back on their own kick-out.

United split their centre backs and Christian Eriksen jogged in to take a pass from De Gea. Brentford read the move a mile off. Eriksen was shut down, his pass was intercepted and Mathias Jensen fired home.

Nothing but antics from Man United here pic.twitter.com/YlDd8n2vGh

'This is an annihilation'

In the next 15 minutes, there was a Ben Mee goal from a Brentford corner - with Lisandro Martinez comically outmuscled at the back post - and Bryan Mbeumo out-pacing and bypassing Luke Shaw to make it 4-0.

"This is an annihilation," said an exasperated Gary Neville, as United players argued with each other, down on the pitch, and their supporters chanted, 'You don't deserve to wear the shirt'.

United made it to half-time without any further humiliation. At the break, ten Hag made a triple substitution - Luke Shaw, Lisandro Martinez and Fred all coming off, for Tyrell Malacia, Raphael Varane and Scott McTominay. "He could have taken every single one of them off," remarked Sky pundit Jamie Redknapp

The second half saw De Gea make a near-post save with his feet and Christian Eriksen get a header on target from a Marcus Rashford cross. After a second water break, United sought to grab a consolation goal, or two.

And yet, although Eriksen and Cristiano Ronaldo both had efforts, it was Brentford that again fashioned out the best looks on goal. Franks side are up to third in the early Premier League table, while United sit rock bottom and with a -5 goal difference.

"I've never seen anything like it," Redknapp exclaimed, at the break. Unfortunately, for Manchester United fans, they have seen far too much of it, in recent years. 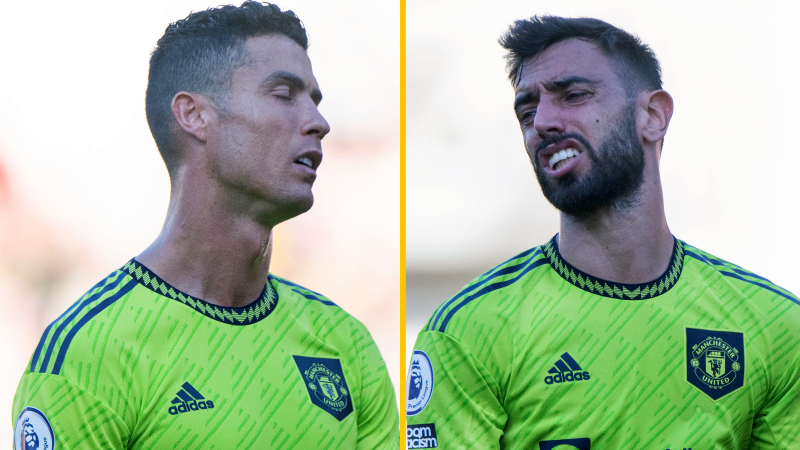