Anna Kiesenhofer captured the imagination of the sporting world when she cycled to an unprecedented gold medal at the Tokyo Olympics last summer.

It was a victory for the ages when the Austrian overcame the odds to beat the mighty Dutch and earn her place in the history books, becoming her country’s first cycling Olympic gold medal in over a century. 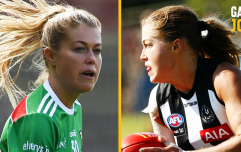 END_OF_DOCUMENT_TOKEN_TO_BE_REPLACED

The mathematician who teaches at the École polytechnique fédérale de Lausanne was an amateur but what made her journey to the top all the more spectacular were the pitfalls she encountered along the way.

In 2012, she finished last at the British University and Colleges Sport 10-mile TT. Four years later, she won the Spanish National Cup before a stage win at the Tour de Feminin International de l’Ardeche.

Her victories came while she was studying and despite signing for Lotto Soudal Ladies, she quit cycling soon after. Her ascension back to the top began in 2019 when her amateur career took off again. She travelled to the Olympics looking to come 25th in a showpiece event that she won.

And her story struck a chord with one of the Meath Ladies footballers in the run-up to this year’s TG4 All-Ireland final, in one of coach Paul Garrigan’s many inspirational efforts. 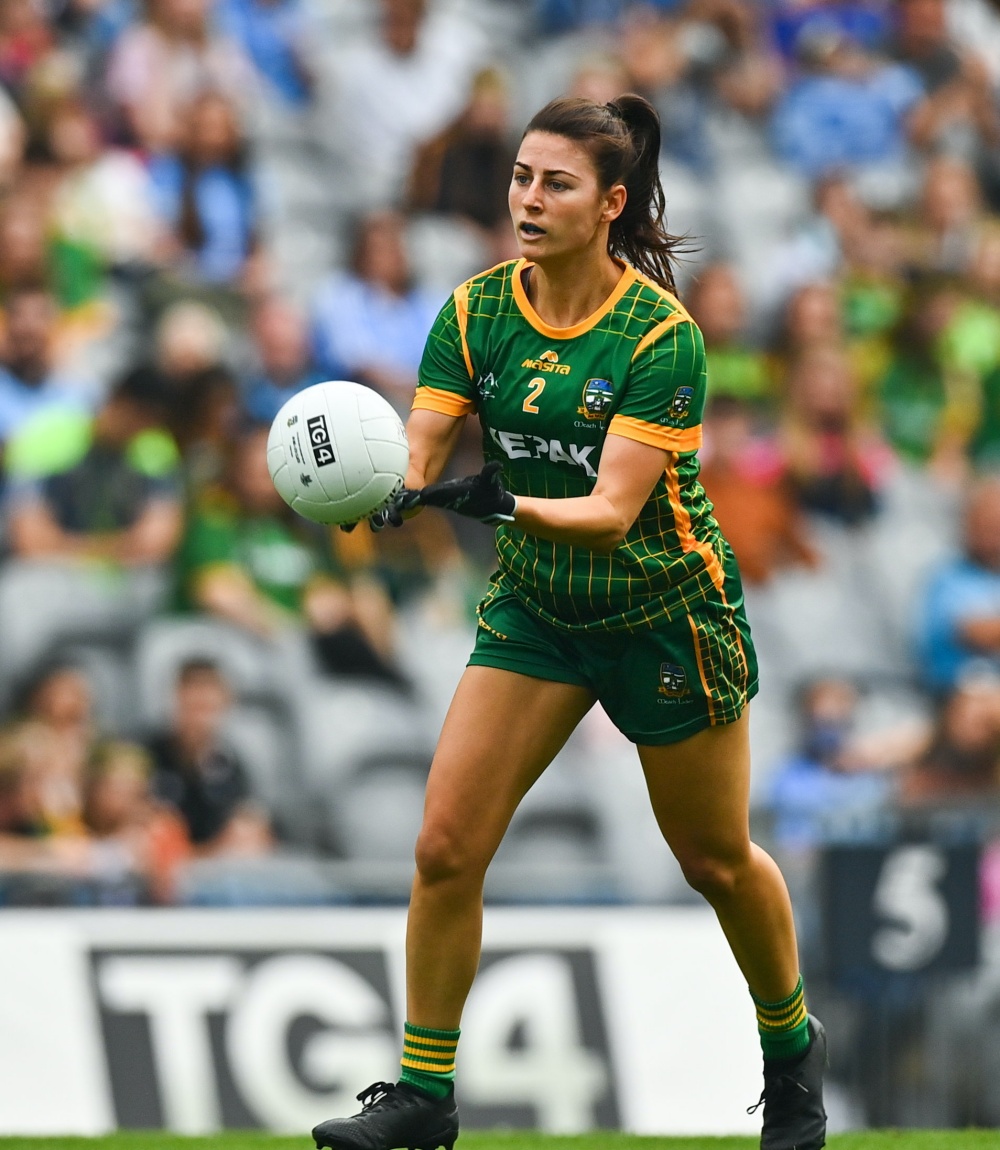 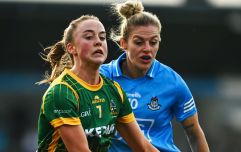 END_OF_DOCUMENT_TOKEN_TO_BE_REPLACED

Meath spent a day bonding at the Johnstown Estate prior to their final victory over Dublin. They were underdogs and Garrigan wanted to show them what was possible with the right mindset.

Emma Troy took heart from Kiesenhofer’s journey to her summit. Two weeks later, Troy and Meath climbed their own Everest.

“Paul sent photos into the WhatsApp group. He split us into three groups that day and sent them in. He did out a Word document with ten or 12 photos of different individuals or teams that had been underdogs,” said Troy. 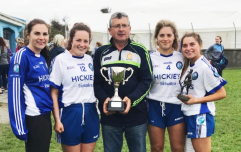 “You are going to matches and you are like, ‘Jesus, what would Dad say?’ - Harvey still inspiring daughters

END_OF_DOCUMENT_TOKEN_TO_BE_REPLACED

“He got us together, Niamh O’Sullivan was on fire, she knew nearly every picture. The rest of us were struggling a bit now but she was brilliant for it.

“There were some like Leicester City and Naomi Osaka that were obvious. Then there were other people who he mentioned. He just spoke about what challenges they overcame, how they were underdogs, their odds, how they overcame being an underdog and became the champions.

“With Anna Kiesenhofer, it was more because she was part-time, she didn’t have any professional team or management helping her. She was working as a mathematician at the time.

“Obviously she put in the training for however many years, she has been cycling for a long time, but going into the race being a complete underdog. Paul said she was way down the list in terms of odds. Just coming out on top, no help from anybody, just pure determination from herself.

“It was the fact that he had us so well prepared and there was so much discussion going around, all these different individuals and teams, what they had achieved. I can’t remember what the odds were between ourselves and Dublin at the time but they were favourites to win.

“He had written down some of the odds of all of these individuals as well, just showing us that it doesn’t really matter, the numbers aren’t important, it’s the work ethic at the end.

“It was nice to hear of so many other individuals and groups being in the same situation as us and being able to overcome it.”

And the inspired Boardsmill defender got forward to score 0-2 in the brilliant win over Dublin at Croke Park on 5 September.

She had her own difficult journey to the top, which included a two-year break away from inter-county football. But Eamonn Murray worked his magic and got her back in action with the Royals in time for 2020.

The 26-year-old primary school teacher is now a veteran of the Meath squad, and she will never forget those first few training sessions after her initial departure in 2018.

“My head wasn’t in it, I just wasn’t enjoying it as much as I had. It had been a rough few years for Meath. So I decided to take a step away,” said Troy.

“But then I missed it, the intensity of the county football, the standard of it. The pressure of being at training and being challenged constantly by your opponent.

“I was playing club but luckily enough, it wasn’t like I went mad doing loads of extra training, I just followed the programmes they had given us. I made sure I was giving my max in training and games.

“I was luckily able to catch up. The girls are very good to you when you come back into the panel. They are extremely supportive and will do anything to help you along the way, especially with the isolated running and aerobic work, they are the toughest challenges you will face.”

Success has come thick and fast for Meath since Troy has returned to their brilliant backline and their Christmas is a little different this year.

Last weekend, Troy was one of eight Meath players to pick up a TG4 All-Star award as they dominated that too.

They are touring schools and clubs, while they have been asked to make media and social media appearances. You might even see them turning on the various Christmas lights around the county.

The team hope to get away on holiday together before the end of the year, and it will be a well-deserved break after a manic few months.

Troy knows how important her own club and her family have been in her journey to get to where she is now.

She plays her club football with Boardsmill alongside her three sisters; Nicole (17), Rachel (21) and Amy (23). She has also been involved with Nicole’s team all the way from U-14 through to minor, while Emma is Boardsmill club secretary too.

Her brother Alan (25) is more of a soccer fan, while her dad, Brian, has finally been converted into a Meath ladies football fan, with the aid of mother, Mary.

“The All-Ireland was his first time, for all my matches since I played county since U-14, that was the first game he brought a Meath top and wore it,” said Troy.

“Up until that he wore either a Boardsmill top or normal clothes. He normally refuses but for the final Mam said you can’t be at this any longer.

“We took it, it was another win for us that day.”


popular
Gary Neville reveals Man United ignored advice to sign Joao Cancelo
"I think there are only five Kilkenny players who are guaranteed to start on any given day" - Cody's motivational methods
Sean O'Brien could get to play England, at Twickenham, in his final game
Boris Johnson slams Jurgen Klopp for defending Liverpool fans booing national anthem
QUIZ: You have 60 seconds to answer one Premier League goalkeeper question
Gearoid Hegarty's harsh red card leads to a heated debate in The Sunday Game studio
James Lowe makes 'European Player' shortlist, at expense of Leinster teammate
You may also like
1 month ago
Niamh O'Sullivan gives a lesson in forward play with genius movement for Meath goal
1 month ago
Dolan shows how to take getting dropped with emphatic display
1 month ago
Sensational Curran the star as Wexford make it back to the top table
1 month ago
"Is it just in my head?" - McCafferty's frightening concussion experience shows how far we've come
1 month ago
“We couldn’t believe that he was coming down. We are delighted with him"
1 month ago
Ali Miller's journey to get her first Ireland cap was an achievement in itself
Next Page