If ever a player would inspire you, it's Kildare's Mary Hulgraine

Take your pick from the inspirational quotes out there: Kildare goalkeeper Mary Hulgraine epitomises them all.

A self-confessed health and fitness addict, Hulgraine and her Kildare teammates will get back together on Monday for the first time since their TG4 Intermediate Championship loss to Laois in November. The excitement is building; the boots are polished, her gloves are ready, the training gear is folded and her bag is packed.

But Mary is also waiting for potentially life changing health test results. Following a spell of feeling unwell, she recently took a turn for the worse. After a stint in hospital, she was diagnosed with a heart condition.

Her final results are due any day, which could confirm the role she’ll play for Kildare going forward. Good news or bad, she is determined to be there for the Lilywhites.

“God, it feels like forever. Even seeing each other, seeing the girls, that connection with the team is strong. Getting yourself ready, planning your meals around training, it’s nearly the structure of it you miss more than anything,” said Moorefield player, Hulgraine. 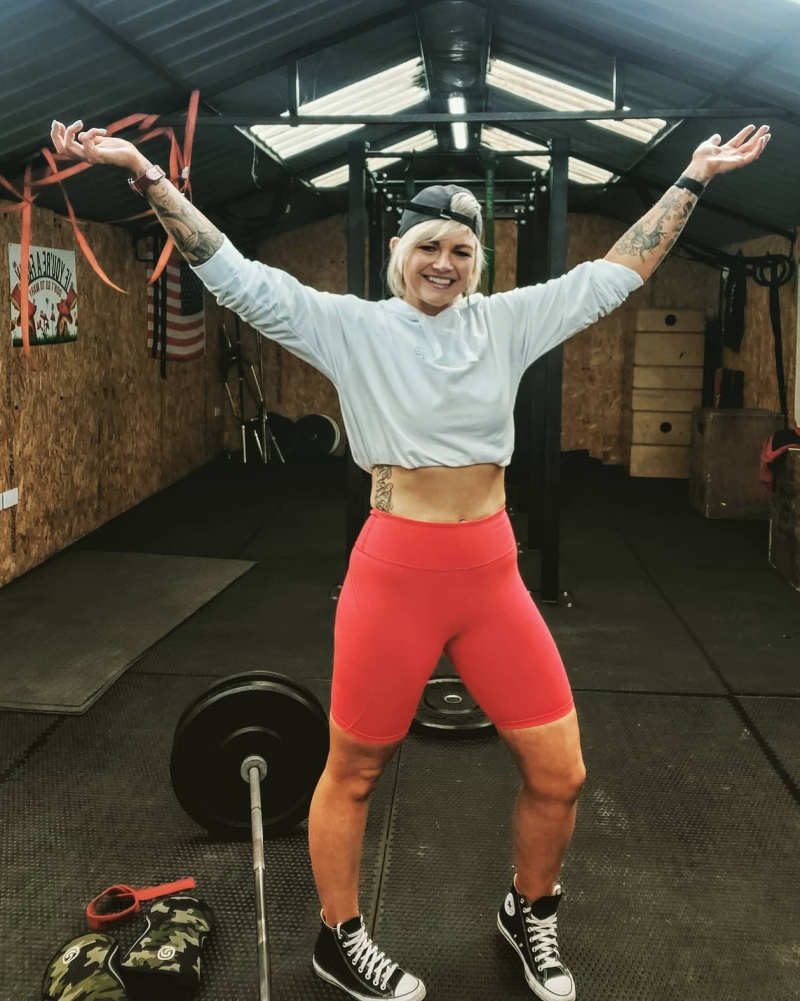 “I am a bit hindered at the minute with the heart condition, which has been going on since last year. I have not been able to do a whole lot and I am waiting for results this week from the cardiologist.

“Look, this is something you can’t really control. If I get good results, I think my attitude will still be the same as if I get bad.

“I am hoping to be back to play the first game against Laois in a few weeks, but I don’t really know yet. They are talking about putting a pacemaker in, and if they do, they do. I don’t mind; whatever happens at this stage, I am willing to accept it. I’ll do what I have to do to get back on the field. 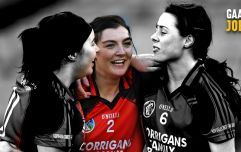 END_OF_DOCUMENT_TOKEN_TO_BE_REPLACED

“Hopefully I get a bit of good news. I will be involved with the team either way, I’ll be back in next week anyway tipping around. I’ll definitely stay involved somehow.”

The 13 months since the Covid-19 outbreak has been particularly cruel on small business owners, particularly severe on gym operators, yet midway through the pandemic Hulgraine took the bold step to expand her Compound Training & Recovery business in Newbridge. The move has proven a big success and is readying itself to return to on-site training when permitted.

In recent months, all of Hulgraine’s personal fitness work has taken place online, and it was during one such Zoom class that the reality of her illness presented itself.

“Last year I knew there was something wrong for a while, but it just got to a point that I ended up in hospital for nearly two weeks with it.

“I was actually in the middle of an online class and the whole room started spinning. I was like ‘Oh my God’, I didn’t really know what was going on. Within that day then it just escalated.

“Getting some answers is a relief. But it’s a matter of listening to my body and saying, ‘right, what can I do today?’ Some days I can’t do anything and some days I’m superwoman. Look, I’ll take it as it comes.

“I learned from last year that your attitude and mindset to a situation and how you react to things is everything. You could sit there and say, ‘God, why me?’ You can be a victim or turn it around and ask ‘what am I going to do about this? and ‘how will I react?’ I have learned that myself.”

Hulgraine got her first spell between the posts as a stand-in emergency goalkeeper against Laois in 2012 – a day she saved a penalty. Either side of that season the 32-year-old excelled as a forward for the county, but in 2016 she was asked to fill in again between the sticks. 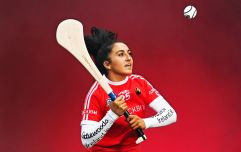 "I absolutely love camogie. When I was playing soccer, I missed camogie so much"

END_OF_DOCUMENT_TOKEN_TO_BE_REPLACED

Kildare went on to win an All-Ireland Intermediate title that year – she saved another penalty in the Final – and her performances earned her an All Star.

The stress and anxiety of her early days with the gloves on have been replaced with a self confidence in her abilities. Last year the unbeaten Kildare team looked set to reach the knock-out stages of the Championship, before Laois stunned them, and starting their season with a Lidl Division 3 encounter with their neighbours has raised the levels of anticipation.

“We had a great league last year but Covid pulled that. Everyone was disappointed because it was the first piece of silverware that we had the eyes on for a while. We committed to the Championship and we were doing really well, but we were caught Laois.

“My God, did that hit hard. It was a tough one to take, but we didn’t perform that day. But we learn more from big losses and struggles that you ever will through big successes. It will stand to us this year. I have a strong feeling we are going to pick up where we left off.

“Amazingly, the first game is against Laois. It’s mad, no matter how either is playing, when we come head-to-head with them it’s always a brilliant rivalry. Both teams always perform at their highest level.”

Throughout a 20-minute chat with Mary, it’s impossible not to feel uplifted. Working in personal fitness, her infectious personality is inspiring scores of people that need a boost, and it’s forging those relationships that drives her.

“Covid was tough, it was tough for any small business. Gyms got hit fairly hard and it was crazy that they were closed down when we were in such a mental health crisis. Exercise is so important for people.

“A few months ago I added a recovery section into the gym and that has been great. We’ve had top MMA professionals in, jockeys, golfers, lots of county footballers and hurlers; it has been brilliant.

“But a 60- or 70-year-old lady with back pain can come in and do the exact same recovery session as someone who has been grafting in a hard gym session the night before. They all want to look after their body.

“That’s what I love, you meet such a diverse group of people. We are open to anyone and everyone. I think what separates us from the big, commercial gyms is the craic we have. The group just loves coming in and they always leave feeling better than when they walked in the door.

“We have created a community, which is something I am more proud of than anything. The environment that we have created with the gym is so satisfying.

“This is not work in my eyes; I love it. It’s not like working a day in your life at all


popular
Names beginning to emerge from Lions stand-by list for South Africa
The SportsJOE 12 o'clock quiz | Day 351
Finally, Gaelic football is returning to our TV screens - what's on and where?
"I'd play it in the back garden if I could. We've been training for this since last September"
"I’d love to do my Colin Corkery impression and play Junior B football. It depends on the body"
"Some people just have different passions" - Geezer sees where Clarke is coming from
Ronan O'Gara will never forget his first encounter with Jonah Lomu 'in his pomp'
You may also like
3 weeks ago
Cliodhna Moloney's commendable attitude after Ireland's bumpy landing
3 weeks ago
"There is so much more running" - Irish star swaps the oval ball for the ONeill's ball
3 weeks ago
"Dorothy Wall, hands down... she's a wrecking ball!"
3 weeks ago
With her wand of a left foot, Orla O'Dwyer sets up goal of the year in AFLW grand final
3 weeks ago
The SportsJOE 12 o'clock quiz | Day 332
1 month ago
From West Clare to the top for multi-talented Considines
Next Page