Even with the sun shining on the Gold Coast, Orla O'Dwyer's mind is back in Tipperary

Far away from Tipperary and on Australia's Gold Coast, Orla O'Dwyer is taking it all in.

The celebrations of an AFLW grand final win with the Brisbane Lions are on a breather, pub nights turned to beach days, before the party gets going again with the club's awards night this Friday.

This is the life, but as an AFLW player, it's not always as rosy. Though she's in her second year Down Under, the day-to-day demands on a semi-professional sportsperson means that sight-seeing, travelling and partying don't normally figure. This is bonus territory and O'Dwyer knows from experience that she'd be wise to make the most of it.

"Mad Mondays are very popular with the AFL teams here," the Cashel woman says in an interview with Colm Parkinson on Thursday's GAA Hour.

"We were in pairs and we dressed up as a country, we were Scotland, wearing kilts and dressing up so it was a great bit of fun. Then we had the W awards, which is the equivalent of the All-Stars, and coming up now we've another player's awards night on Friday, it's been great.

"I'm going to stay here for a couple of weeks. We have a few trips planned and events coming up, so I'm going to enjoy the time here and see what Brisbane has to offer, because once you're in season or even pre-season, you don't have time to get out too much, so it'll be nice to relax and get to see more of Australia..."

- Forget the conspiracies, Connacht draw was no fix

- Orla O'Dwyer living the life, restriction free on the gold coast...but all she can think of is @camogietipp and @TippLadiesFB

- Paddy Tally on his ban, Ulster draw and coaching methods

And while you could forgive her for getting notions, sitting pretty as Ireland's second ever AFLW champion, O'Dwyer's feet are on the ground and her eyes on the ball. This woman's mind is never too far from Tipperary, and even when the sun's shining down in Brisbane, she's daydreaming about Tuesday night trainings in Thurles.

"I'm definitely looking forward to getting back training with Tipp in the camogie and ladies football. It's exciting for them that they're back this week. I haven't picked up a hurley or a football in a while, so it will be hard to get back into the team. 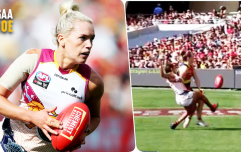 END_OF_DOCUMENT_TOKEN_TO_BE_REPLACED

"But yeah, being away from the GAA scene and coming out here playing another sport, you do realise how much you love playing camogie and football and you look forward to getting back with the team that you've been playing with since under-14 up, and meeting with the younger players coming in."

At 22, O'Dywer is only getting started. It's a busy schedule, balancing life as a camogie player, a footballer and an AFLW star but a sporting all-rounder she will remain until it's no longer possible. Her only tonic being a natural love of the games.

"If it is doable, I'd love to be playing all the sports together. For now, I'll just take it as it comes and see how long I can stay playing them all. At some stage, something will have to give when I get a bit older. My degree is important to me too as a PE teacher, but for now I'm just living in the moment.

"Looking back on my season last year, I knew that I needed a head-start coming into the team. I was eager to get out, not to miss out on the pre-season. It was a difficult decision with Tipperary still in the Ladies football and camogie championships, it was very hard to leave that behind...but I do think it really added to my season this year..."

Now she's thinking about Tipperary again, the trademark bandana back in business, O'Dwyer ready to rock. 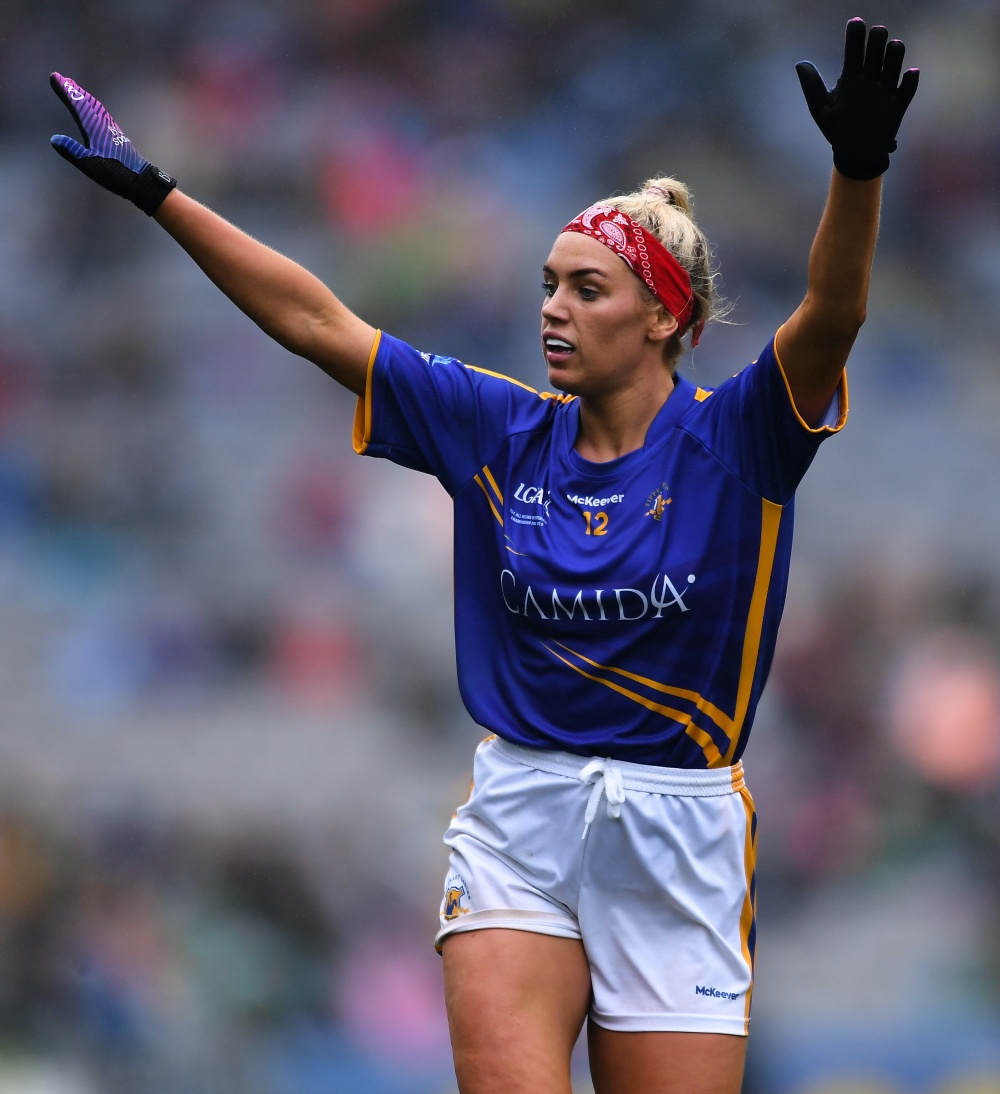 "I brought it over with me, but you're not allowed to wear it because it's not part of the uniform! So unless I wanted the club getting a huge fine every time I played, I had to ditch it! I'll definitely be wearing the red one when I come back to Tipp, I miss it," she says with a laugh.


popular
The Garry Ringrose narrative around the Lions Tour is complete bull
"Sadly at this point in time, it's Johnny" - Why Sexton missed Lions spot
'Jesus Christ! How am I going to put up with this lad for nine weeks?!'
You'd swear the world was ending as Spanish tv host goes after Eden Hazard
The SportsJOE 12 o'clock quiz | Day 346
Major shocks as Warren Gatland announces 2021 Lions squad
Lions XV that should start the First Test against South Africa

You may also like
1 week ago
The good times are coming back, non-stop GAA on tv for opening weekend
1 week ago
Recovery rooms and GAA's newest trend keeping players injury-free after fast start
1 month ago
"I don't think the League will be taken seriously" - Hogan calls on GAA to think about the club players
1 month ago
The diary of a locked down GAA player that every sports-person out there will see themselves in
1 month ago
"The GAA need to be more aggressive. They need to pull some of this back"
2 months ago
Gaule honoured as camogie player of the year for a second time
Next Page