The most sickening thing for Katie Power is that for the first time in a long time, there was nothing holding her back.

All through 2019, an awkward finger fracture got progressively worse to the extent that she's now had three surgeries, a finger fused and a bone taken out of her hand.

Playing on through the pain certainly didn't help, there's no doubt about that, but Power's refusal to be sidelined gives an insight into the dedication and attitude that has seen her become one of the most prolific forwards in camogie.

The lock-down was a blessing in disguise for the Piltown player, in that it gave her no option to risk the 'gammy finger.' The finger improved and for the last two months, Power had been buzzing in Kilkenny training. 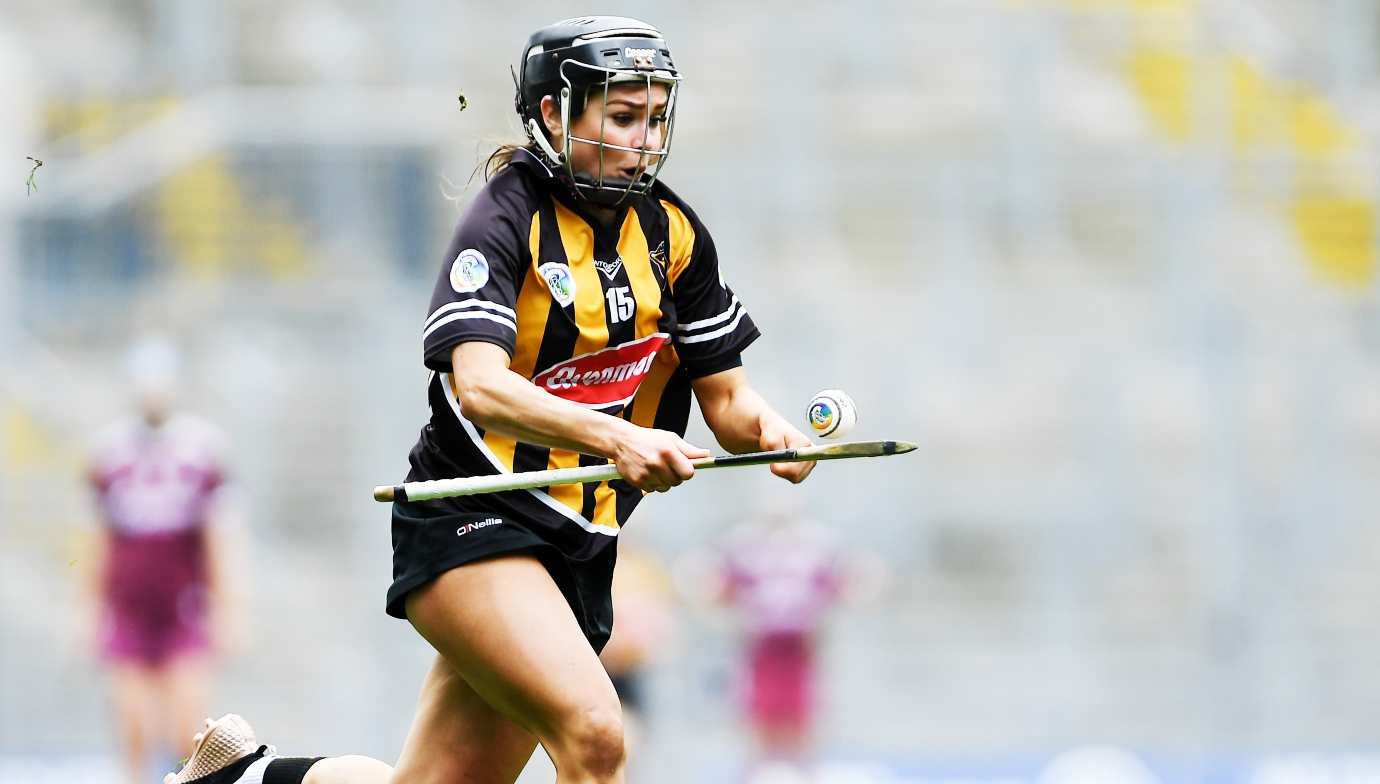 One step forward, two steps back and speaking about the knee injury that has ended her season, Power's despondency is clear.

"We were just playing a training match and I broke my kneecap.

"It was such a freak accident. A couple of years ago, well it was probably six or seven years ago, I actually broke the other kneecap but it was a slap of a hurl. This one, I was chasing down a girl, I was right behind her, I could have hooked her and she obviously seen me so she went to change direction and I went to go with her. I literally just heard something, I didn't know what it was in the moment. You'd hear people saying when they do their cruciate, they hear a pop. It wasn't that but I'll just never forget, I heard something and... I'll just never forget the pain..."

"The doctor just doesn't understand, he said he never seen this happen. I actually don't know about surgery. I literally got scanned 24 hours after it happened. There was obviously an awful lot of swelling there so he's hoping I actually don't need surgery with this one. I did obviously with the other one, but he's hopeful that I don't need surgery with this one. I'm still looking at four, five, six months out." 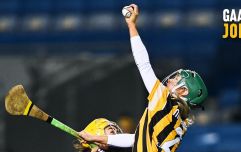 END_OF_DOCUMENT_TOKEN_TO_BE_REPLACED

This camogie season will miss Power, but it's clear that she will miss camogie even more.

"That ended my season before it even started really with Kilkenny. It was and it still is raw and extremely disappointing, it will probably take me a while to get over this one I'd say. I'm just trying to keep the head up..."

"It’s an unreal set-up, the training is top class. I was so delighted when I was training because the training Tommy (Shefflin) was doing, I couldn’t speak highly enough of it. It was very enjoyable too and it’s definitely brought us on in the short time-frame that we had. Even thinking about it now, I’m looking forward to next year and learning off him..."

You can't keep a good one down. 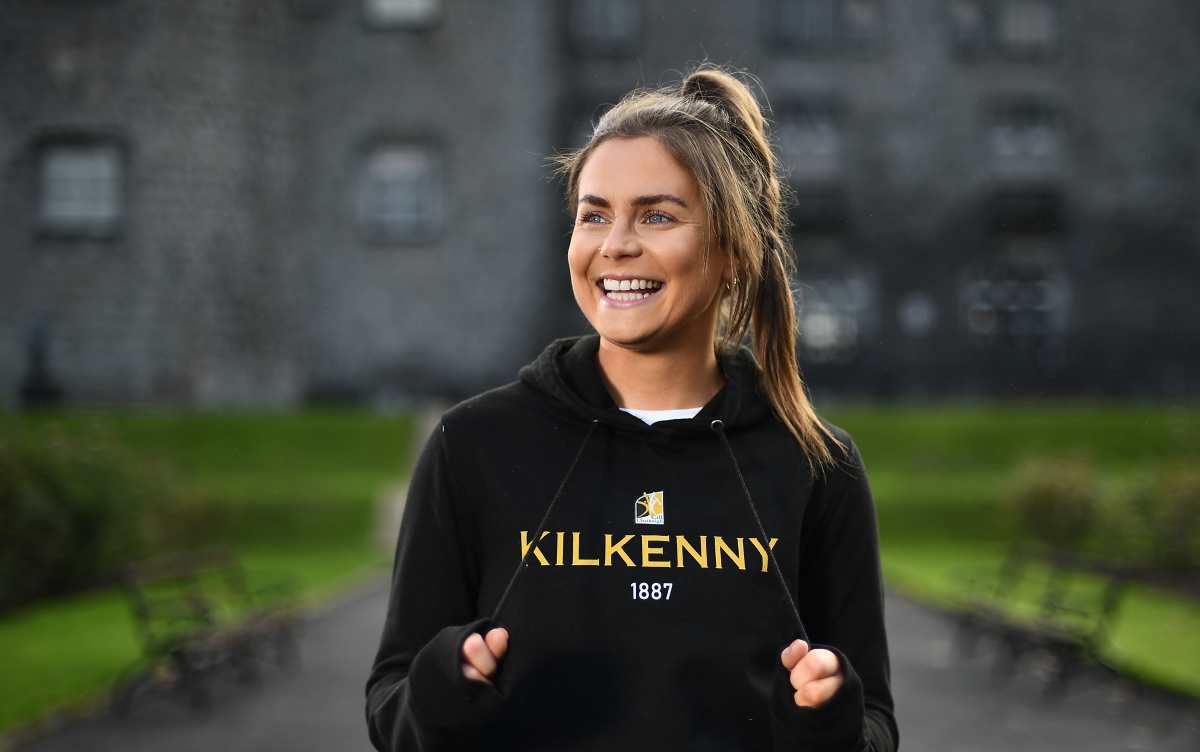 22 October 2020; Pictured is Kilkenny Camogie player Katie Power, who today was on hand to launch a landmark partnership between the GAA and Dublin based company, The Marketing Hub. The partnership will see The Marketing Hub become the GAA’s first licensed leisurewear supplier. The clothing collection will feature a wide range of items specifically created for GAA fans in 31 counties as well as New York and London. The various county ranges will be exclusively available online at www.ganzee.ie. Photo by David Fitzgerald/Sportsfile


popular
"If I break my wrist, it's on f***ing both of you." - Koepka and Berger act the spoiled child
Shane Lowry delivers big time for Europe as he takes down US stars
Simon Zebo gives Andy Farrell better answer than any interview could provide
Galway fans' frosty reception for Davy Fitz doesn't make any sense
Padraig Harrington's 12th hole reaction as McIlroy and Poulter roasted needs no words
Team USA stars so confident of victory, they start chugging beers at Ryder Cup
How the band 'Two Degrees' wrote the song that became Tyrone's All-Ireland winning anthem
You may also like
1 month ago
The 2021 All-Ireland hurling championship quiz
1 month ago
Horgan misses out on The Sunday Game's Team of the Year
1 month ago
GAA JOE All-Star hurling team
1 month ago
"We haven’t seen too many players do that over the years" - Downey and O'Mahony do it for Walsh
1 month ago
"U14, didn't make the team, don't know if he made the panel. U16 same again. He just focused on the goals..."
1 month ago
Father and son a credit to their county as Kingstons inspire a famous Cork win
Next Page