Both semi-finals are repeats of earlier group clashes but there is no escape hatch at this juncture, with defeat heralding a conclusion to the season at the penultimate hurdle.

Cork prevailed over Waterford at Walsh Park on June 18, but it was a competitive affair, with six points separating the teams at the final whistle. That came after Waterford had recovered from the first-round defeat to Dublin on home turf, by recording excellent triumphs over Wexford and Tipperary.

END_OF_DOCUMENT_TOKEN_TO_BE_REPLACED

The former was a particularly convincing effort, via a margin of 18 points, having lost to the Model County’s finest in the Division 2 League semi-final, a reverse that  was seen as a setback given the ambition to make a quick return to the top tier of that competition.

Following up by going up to Semple Stadium and claiming the scalp of a Tipperary team that had appeared in the last four All-Ireland semi-finals and would go on to beat Cork at Páirc Uí Rinn was impressive indeed. Waterford finished the job against Clare to cement their qualification to the last six.

While Waterford had a familiar management team headed by Derek Lyons, in his second season, a decade of Paudie Murray’s stewardship had come to an end in Cork, with selector Matthew Twomey stepping into the plate this term and All-Ireland hurling-winning player and manager, Davy Fitzgerald taking the coaching duties from Kevin Murray.

They reached the Division 1 League final but similarly to last year’s All-Ireland final, faded a little up the stretch against a Galway team that seemed to have another gear.

END_OF_DOCUMENT_TOKEN_TO_BE_REPLACED

The Rebels cruised through the group stages of the championship until having their colours lowered by Tipp by a point, but players of the calibre of Laura Treacy and skipper Amy Lee were among the absentees on that occasion, and they are expected to return to the fold against Waterford. 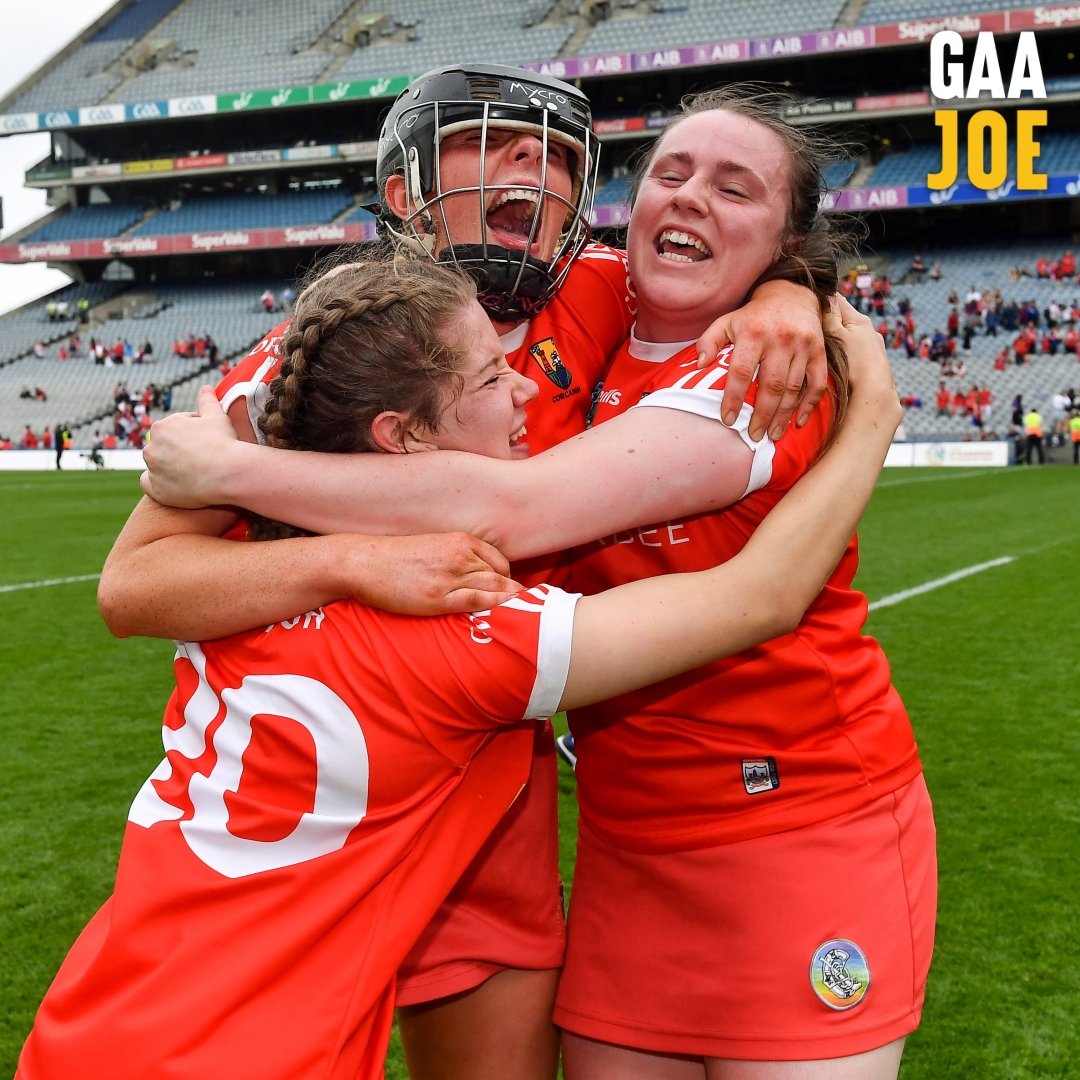 Orla Cronin’s injury difficulties have caused her to step away from the squad however and her craft and intelligence will be missed. The unavailability at the time of writing of Ashling Thompson through suspension is equally monumental.

Waterford wowed with the pace, cohesion and inventiveness of their attack in the first half of the quarter-final against Limerick, assuring an end of four successive defeats at this hurdle with a big win. Niamh Rockett scored two goals and Beth Carton the other, while Lorraine Bray pulled the strings out the field. Abby Flynn relished the big stage and Iona Heffernan was a solid presence at full-back.

END_OF_DOCUMENT_TOKEN_TO_BE_REPLACED

While a number of panellists have become more regular performers, such as Clíona Healy and Izzy O’Regan, there are plenty of established operators with All-Ireland medals rattling in their gear bags such as Katrina Mackey, Amy O’Connor, Treacy and the returning Hannah Looney, while Laura Hayes and Saoirse McCarthy’s athleticism and scoretaking from distance is noteworthy. Former Down start Sorcha McCartan has been a major addition too, though she missed much of the campaign through injury.

Cork will be favourites but have not played for three weeks, while Waterford have a quick turnaround from their most recent outing. Time will tell whether one route or the other is more beneficial though certainly, the Leesiders will have appreciated the breathing space to allow various knocks to heal. Either way, this is one to be highly anticipated.

Another rematch and if it even approaches the standard of fare offered to the huge attendance at Kenny Park on July 2, patrons and those watching the live coverage on RTÉ 2 are in for a treat.

These are old rivals of course, long ensconced in the annual battle for ultimate honours. It is exactly ten years since one of them wasn’t in the final. They have clashed three times with the O’Duffy Cup on the line, including in 2019, when Galway prevailed, and 2020, when it was Kilkenny’s turn.

Galway returned to the summit last year thanks to a strong finish against Cork and there is little Kilkenny won’t know about them. The opposite might not be the case though, with so many changes in the Kilkenny ranks, due to the retirements of Davina Tobin and Collette Dormer, and the absence through travelling or injury of Meighan Farrell and the Doyle sisters, Aoife and Kellyann.

Both of them are out due to cruciate ligament injuries - Kellyann has suffered three in her career to date - while Galway duo Orlaith McGrath and Rebecca Hennelly also suffered the same fate this year. It's also the third time that Hennelly has been struck by the dreaded blow.

“We were very unlucky to lose the Doyle sisters during the year," said Kilkenny manager Brian Dowling. That was the biggest disappointment. The other girls made the decisions themselves but Kellyann and Aoife were back training hard and probably in the form of their lives.

“For Kellyann to have a cruciate injury for the third time, it’s absolutely devastating. Anyone that knows Kellyann sees the hard work she puts in and I saw it myself first hand in 2020 to get back on the pitch, I think it was eight months from the operation, to play in the All-Ireland final. Just incredible.

“For it to happen to her sister Aoife as well, a freak accident against Limerick. I couldn’t believe our luck that day. Everything seemed to be going the wrong way. I have huge sympathy for Rebecca Hennelly and Orlaith McGrath who have done cruciates as well for Galway. You want to see the best players out there. But our girls stuck at it and whoever we have on the pitch, we’re confident that they can do a job.” 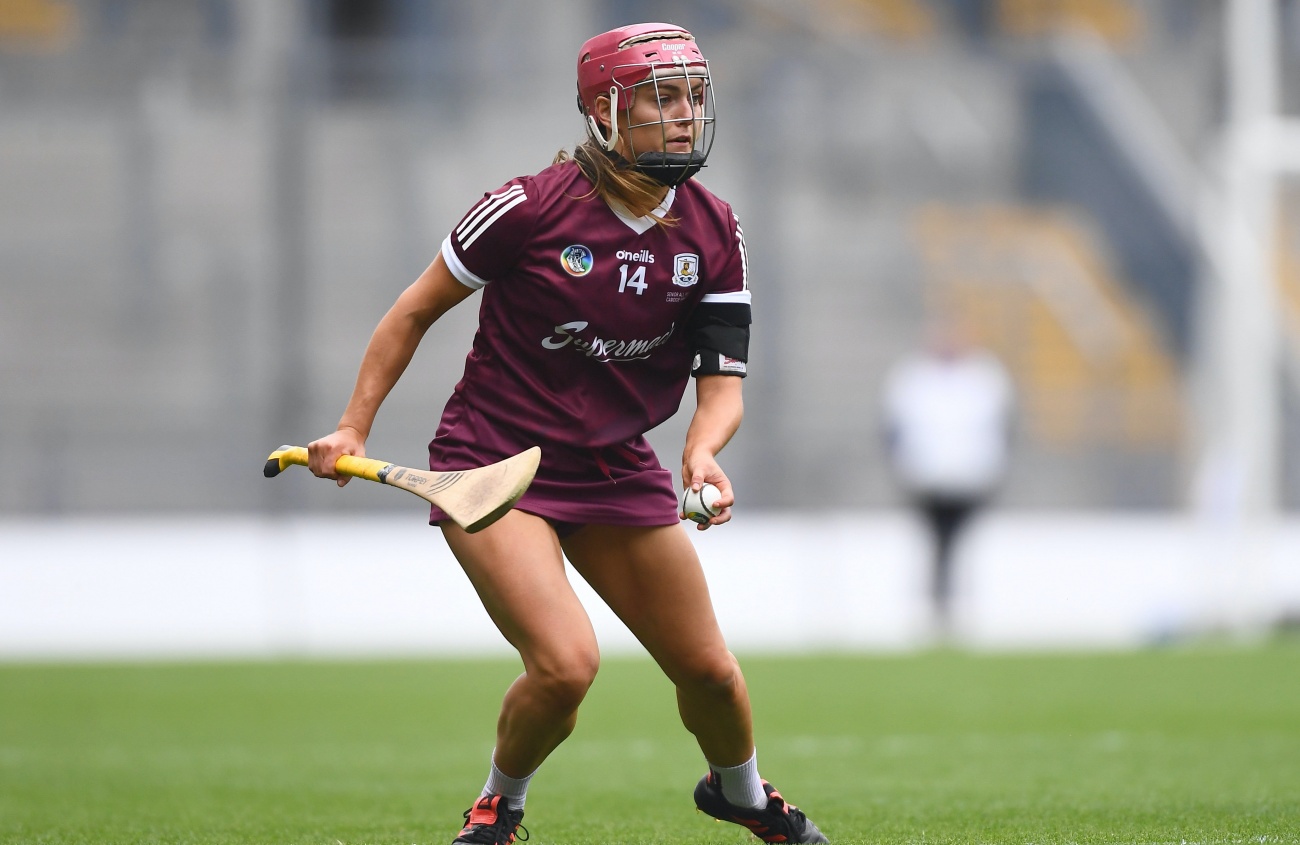 Workrate remains their watch word however, and after accounting for Down, Limerick, Antrim and Offaly, they travelled to Athenry with the purpose of having a true barometer of where they stood.

No better test than the most consistent side of the past four seasons, brilliantly managed by Cathal Murray. But Murray and his crew, who like Kilkenny, had a 100 per cent record from their four group ties, were relieved to escape with a draw thanks to a late point from Áine Keane, who along with Sabina Rabbitte has made a big impact breaking into the side this year.

Kilkenny showed that though they were different, the calibre of ability and attitude remained the same. Miriam Walsh has been magnificent all season, scoring goals for fun and a threat to any defence once she gets the sliotar in her paw. Denise Gaule remains a heavy scoregetter and influential playmaker. Katie Nolan is busy bee who invariably weighs in with a few scores while Claire Phelan and Grace Walsh are experienced defenders.

They recovered from a slow start against Dublin in the quarter-final to win by 14 points and among those to shine was Julianne Malone, a 2016 All-Ireland winner who last played for the Cats in 2018 before moving abroad.

But, of course, Galway are a tremendous outfit, blessed with a strong spine starting with goalie Sarah Healy, and through to skipper Sarah Dervan, while the likes of Aoife Donohue, Niamh Kilkenny and Siobhán McGrath operate often, though not always, up the middle. That flexibility is a real advantage, as is the depth of panel which allows them to make impactful changes.

Veteran defender Heather Cooney has battled back into the side in defence, after missing last year with a cruciate knee ligament injury but Rebecca Hennelly is sidelined having suffered her third such injury, while Orlaith McGrath is another to fall foul of the cruciate curse.

Nobody scored more than Galway in the group stages, where they totted up 12-79, and by only conceding 4-39 into the bargain – the second most miserly defence after Cork – they had the superior score difference that earned them the direct route to the last four at Kilkenny’s expense.

Just as with the first pairing, the question will be asked beforehand about which is the preferred way to the semi-finals but perhaps the answer in this instance is that both would have been happy with how they made it, with Murray being fairly clear on what he has and Brian Dowling perhaps looking for a big knockout game on live television for some of his less exposed players.

There are countless questions and the only certainty is that there will be huge entertainment in the provision of the answers.


popular
"I've never seen anything like it" - Pitiful Manchester United reach new low at Brentford
Barcelona allowed to register four new signings, but Jules Kounde misses out
"He can add something to our attacking line up" - Jamie Clarke signs for Northern Irish soccer club
Ranking the best county GAA songs of all-time (32-1)
Erling Haaland registers strange statistic on home debut as Mark Travers keeps the City score down
Angry Frenkie de Jong 'tells Barcelona teammates he could join Man United'
"It was unfair on the Galway backs” - Tomás Ó Sé admits that Kerry benefitted from unfair rule
You may also like
1 week ago
'I was pregnant for that final and, after getting the all-clear from the doctor, I played' - Brenda McAnespie
2 weeks ago
England reach Euros final after audacious goal from Alessia Russo
3 weeks ago
Kilkenny set up All-Ireland Camogie Final with Cork after seeing off Galway
3 weeks ago
"I've always owned up to every mistake that I've made" - Ashling Thompson
3 weeks ago
"They were all at the funeral and were there when Tommy needed them" - Kilkenny all in it together
1 month ago
Emma Duggan saves Meath with outrageous buzzer-beater in All-Ireland quarter final
Next Page