"I can die in peace, but as late as possible, all the same!"

The Stade Rochelais playing squad, coaching staff and support team were met at the local airport in the early hours of Sunday morning, before going off for some shut eye [a few] and more celebrations [most].

END_OF_DOCUMENT_TOKEN_TO_BE_REPLACED

They were up and at it again, on Sunday afternoon as they were welcomed to the city's port-front by tens of thousands of La Rochelle supporters, and locals mad to get involved in the craic.

"Twelve months ago we went to Racing and got beaten 49-0. There was fighting and it was carnage, but it will be carnage in the port of La Rochelle for the next few days after this."

If anything, he may have undersold the scenes. 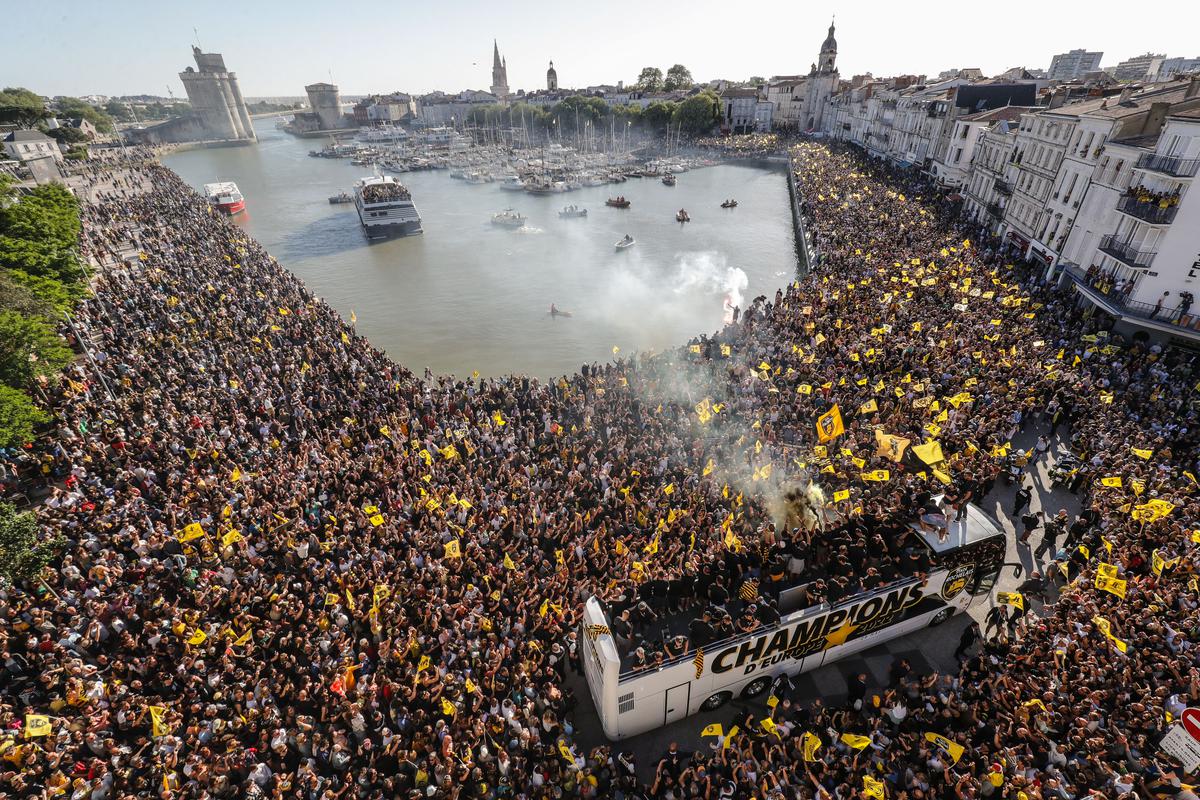 Jeez, La Rochelle will be bouncing for days! ⚫️🟡 🏆 pic.twitter.com/gE5Y4tjReI

A town of 70,000 inhabitants comes out in force

French outlets Sud Ouest and Rugbyrama sent reporters along to cover the jubilant scenes, and there was one exchange with two La Rochelle supporters, decked out in the club's yellow and black colours.

FAN 1: We are super happy, it's a historic moment. They made us dream this afternoon, it's only right that we show them our support on this historic day.

FAN 2: As Thierry Roland said, after seeing that, I can die in peace. But as late as possible, all the same!

For a club that was only promoted to the Top 14, after some years of bouncing around, in 2014, their rise to first contest the big trophies, then capture the main prize, is remarkable.

In the middle of it all were Ronan O'Gara and Donnacha Ryan, two Munster men that have brought European Cup addiction to a small but passionate town on the West Coast of France.