With Ireland finishing third in the Sevens World Cup and, in the 15s game, winning a Triple Crown, beating the All Blacks in New Zealand and finishing as World No.1, there was always a chance that a clutch of their players would be contesting the main accolades.

END_OF_DOCUMENT_TOKEN_TO_BE_REPLACED

As it all played out, Kennedy and van der Flier were two of the big winners, on the night, while the Leinster and Ireland flanker was joined by Tadhg Furlong, Tadhg Beirne and Johnny Sexton in the 'Dream Team'.

On the latest House of Rugby [LISTEN from 29:15 below], Jamie Heaslip, Greg O'Shea, Lindsay Peat and Jason Hennessy all gave their take on the Irish winners at the World Rugby awards. 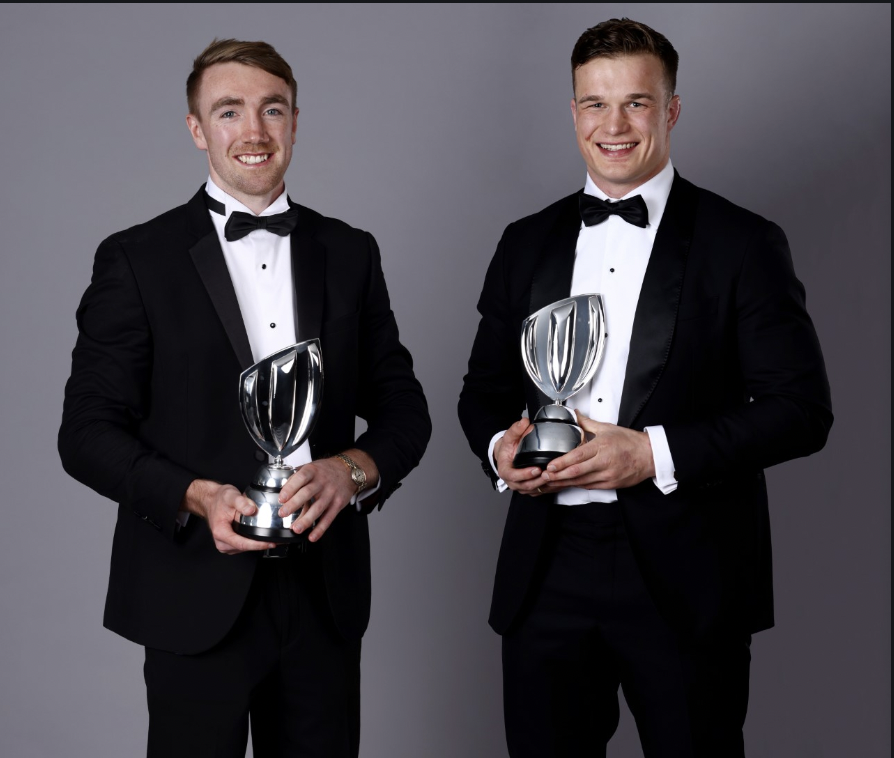 END_OF_DOCUMENT_TOKEN_TO_BE_REPLACED

"We have two Irish lads who are the best rugby players in the world," said Greg O'Shea. "That, to me, is just nuts."

Lindsay Peat touched on the fact that Josh van der Flier, back in early 2021, was battling Will Connors for a starting spot in the Irish back row, and having to content himself with a couple of stints on the replacements' bench.

"He'd always give you the time of day, and the shirt off his own back. Josh, on every level, you deserve it, man."

END_OF_DOCUMENT_TOKEN_TO_BE_REPLACED

Jamie Heaslip, who was nominated for the award in the past, noted how van der Flier was meticulous in his training, analysis and preparation, and how the massive accolade is a tangible reward for such dedication.

On Terry Kennedy, who captured the top Men's Sevens award, Greg O'Shea noted that the former Leinster academy prospect, who has starred on the HSBC World Series, was off to Australia soon for a work opportunity.

"I know, for a fact, that Terry would jump at the chance of even a training contract with one of the provinces," he stated.


popular
Talksport presenter puts Martin O'Neill to the pin of his collar over Declan Rice and Jack Grealish
Roy Keane scores winning goal past Micah Richards in ITV v BBC pundits match
World Cup Power Rankings: The top 10 players at the tournament ahead of the quarter-finals
Gary Neville sticks up for Ronaldo as contextless pictures and videos taken as gospel
Rory McIlroy explains 'falling out' with Shane Lowry that lasted a few years
Cristiano Ronaldo's sister blasts Portugal boss' decision to start forward on the bench
"There's no soccer, hurling, or rugby" - Kilcoo's secret to success
You may also like
6 days ago
Shay Given on how far Ireland could've gone at the 2002 World Cup with Roy Keane in the team
6 days ago
From Ireland to Argentina: Alexis Mac Allister's Irish roots explained
1 week ago
Former England international admits he wishes he had played for Ireland
2 weeks ago
Josh van der Flier claims World Rugby Player of the Year at Monaco ceremony
2 weeks ago
"Highlight of my Ireland career" - Behind the scenes as Jack Crowley and Ross Byrne covered for a legend
2 weeks ago
Bundee Aki reminded us all of his best qualities, on a night Ireland couldn't do without him
Next Page