No offence to Sam Whitelock and Pablo Matera, but they are in someone else's spots.

The selection of a World Rugby Dream Team of the Year was done by a group of rugby legends, but that still will not satisfy everyone. On behalf of two snubbed players, it has left us extremely dissatisfied.

World Rugby honoured its Test and Sevens stars at a glitzy awards ceremony in Monaco, on Sunday, with a good clatter of Irish players getting recognised for achievements over the past 12 months.

END_OF_DOCUMENT_TOKEN_TO_BE_REPLACED

Indeed, Tadhg Beirne, Johnny Sexton and Josh van der Flier were all on hand to collect their commemorative jerseys after being voted onto the 'Dream Team of the Year' from a panel of legends that included Richie McCaw, Thierry Dusatoir, Ugo Monye, Fiona Coghlan and Drew Mitchell. 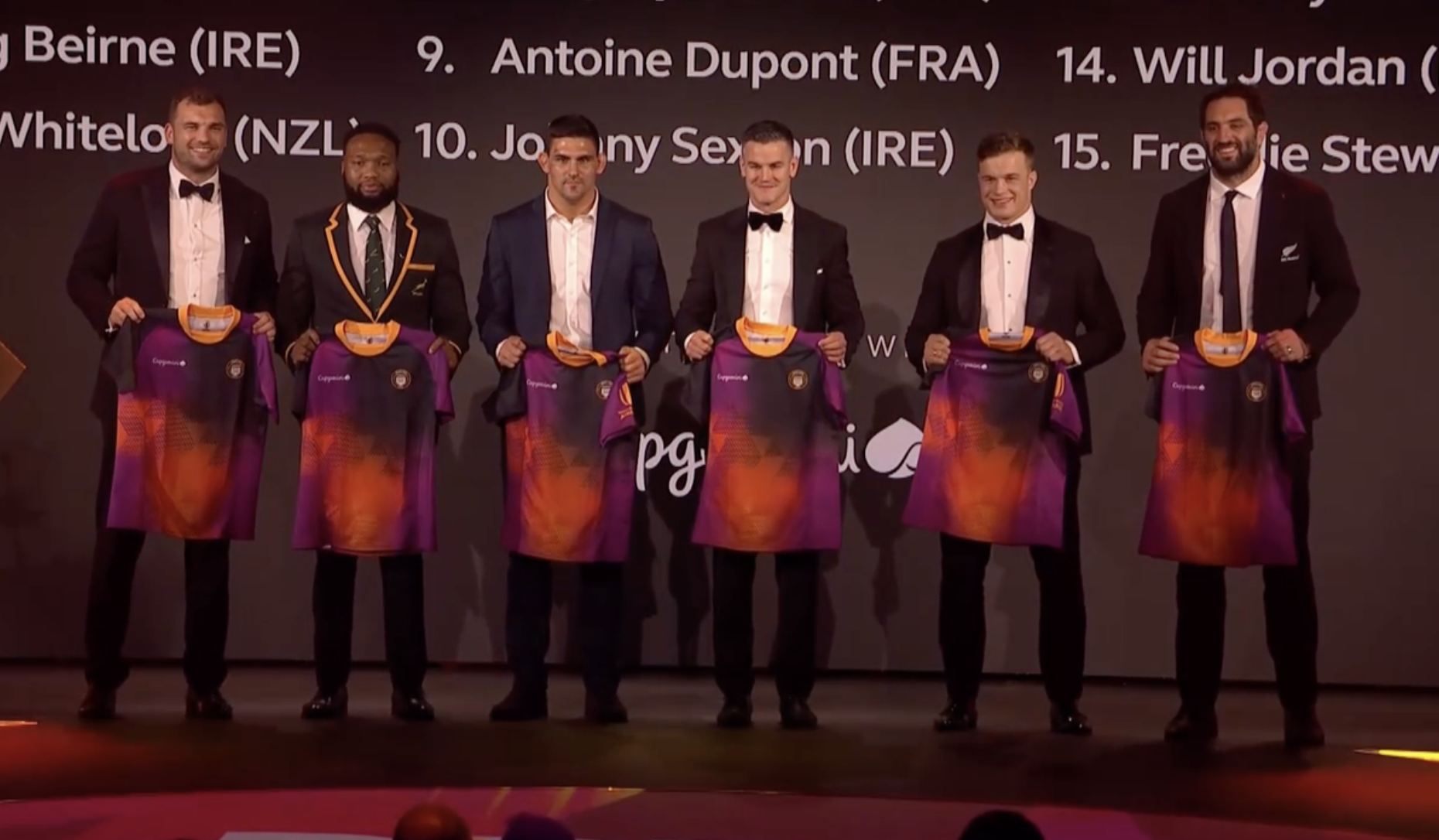 END_OF_DOCUMENT_TOKEN_TO_BE_REPLACED

The most baffling omissions from that Dream Team were Ardie Savea of New Zealand and Eben Etzebeth of South Africa. Emiliano Boffelli of Argentina could have been selected anywhere across the back three but was, instead, left out.

There had been calls, by many fans, pundits and players, for Savea and Etzebeth to be included on the World Rugby Player of the Year shortlist, so the pair both missing out on a 'Best XV' is all the more perplexing.

We had called for Gregory Alldritt to make that shortlist, along with Savea, but the Frenchman at least made the XV, it seems, at the expense of Savea. To us, a back row of Alldritt, van der Flier and Savea - in whatever order you want - would have been fitting.

Biggest crime of the year is @ardiesavea not being in the conversation in MVP best player. @WorldRugby sort your ki’o out before se ufa 🤧

Firstly, how is Eben Etzebeth not in that team ahead of Whitelock or Beirne?

Secondly how the fuck is Henshaw not In at 12? He's outplayed De Allande every time they've played against each other.

Let’s be honest it’s should have been Ardie Savea hands down..#WorldRugbyAwads

Etzebeth didn’t make the team of the year. What a joke

There was another Irish winner on the night, as Terry Kennedy won Men's Sevens Player of the Year.

You may also like
6 days ago
Shay Given on how far Ireland could've gone at the 2002 World Cup with Roy Keane in the team
1 week ago
From Ireland to Argentina: Alexis Mac Allister's Irish roots explained
1 week ago
Former England international admits he wishes he had played for Ireland
2 weeks ago
Josh van der Flier claims World Rugby Player of the Year at Monaco ceremony
2 weeks ago
"Highlight of my Ireland career" - Behind the scenes as Jack Crowley and Ross Byrne covered for a legend
2 weeks ago
Bundee Aki reminded us all of his best qualities, on a night Ireland couldn't do without him
Next Page