What an incredible 2022 it has been for the Wicklow native.

At 1am on Saturday night (Sunday morning), Andy Farrell, Johnny Sexton, Tadhg Beirne and Josh van der Flier headed off to the airport for an extremely red-eye flight to Monaco, for the World Rugby Awards.

After a two-year break, caused by the Covid-19 pandemic, the awards were back as an in-person event, and World Rugby pushed the boat/yacht out.

END_OF_DOCUMENT_TOKEN_TO_BE_REPLACED

It was a star-studded affair in the French principality, with rugby luminaries such as Bryan Habana, Drew Mitchell, Sam Whitelock, Rachel Burford and many more in the house for the awards ceremony.

The nominees for the World Rugby Player of the Year were: 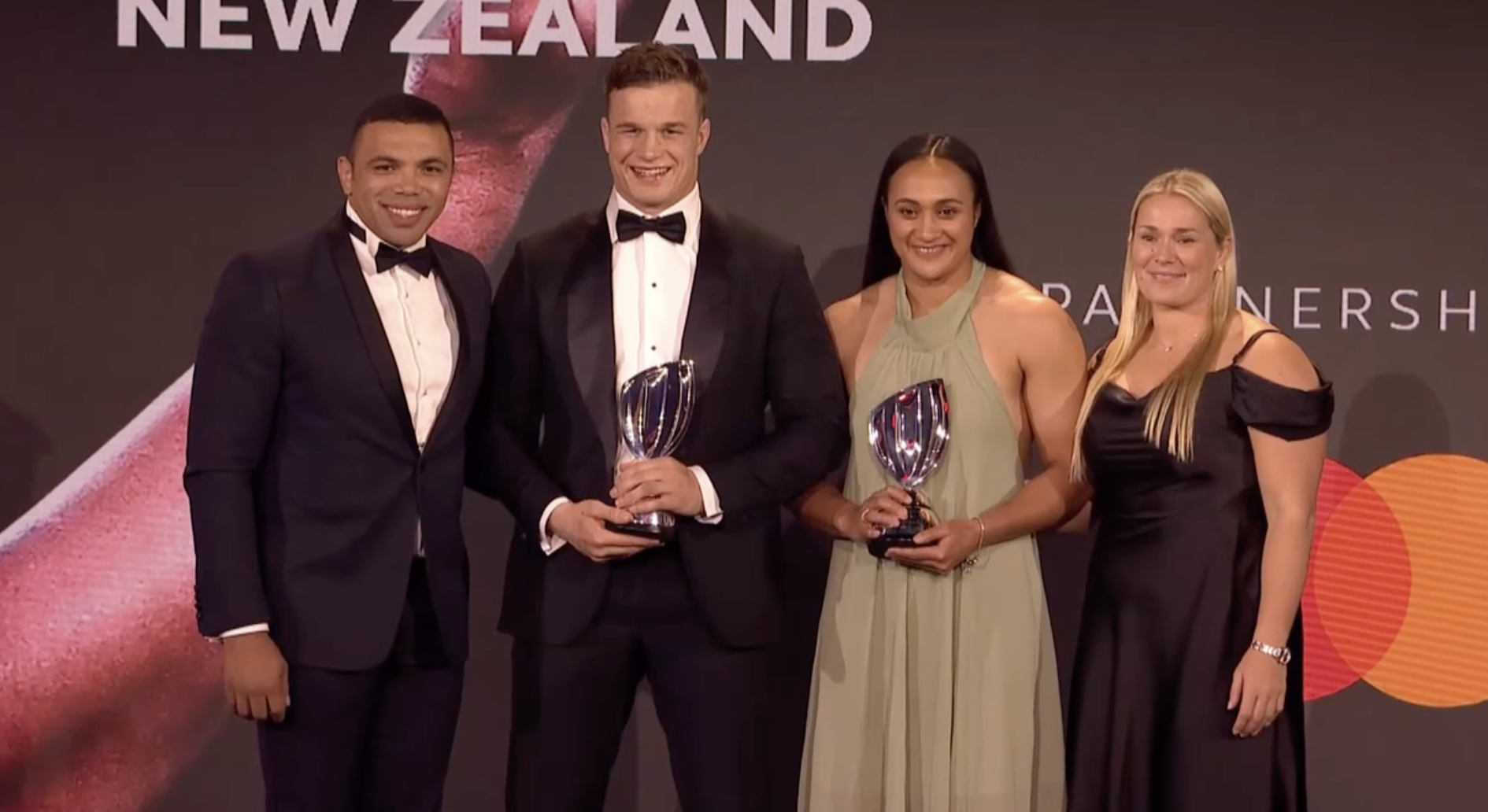 "I've been incredibly fortunate to have great teammates and coaches that have really pushed me on, as well as my wife and family," said van der Flier.

"It's been great. Any of the games we've won with the team. The win over New Zealand has to be right up there but my wife, Sophie, is sitting right over there and we got married in August, so I'd have to say that or she's kill me!"

Congratulations to New Zealand's @RubyTui and Italy's @Capuozzoange — your 15s Breakthrough Players of the Year in partnership with Tudor#WorldRugbyAwards pic.twitter.com/CZMTepWZgr

END_OF_DOCUMENT_TOKEN_TO_BE_REPLACED

There was another Irish winner on the night, as Terry Kennedy won Men's Sevens Player of the Year.


popular
Rory McIlroy explains 'falling out' with Shane Lowry that lasted a few years
World Cup Power Rankings: The top eight pundits of the tournament so far
Talksport presenter puts Martin O'Neill to the pin of his collar over Declan Rice and Jack Grealish
'I just became obsessed with football' - Cruciate curse actually a blessing for Sheehan
Roy Keane scores winning goal past Micah Richards in ITV v BBC pundits match
World Cup Power Rankings: The top 10 players at the tournament ahead of the quarter-finals
Ariel Helwani shares Paddy Pimblett WhatsApp messages as spat becomes public
You may also like
6 days ago
Shay Given on how far Ireland could've gone at the 2002 World Cup with Roy Keane in the team
1 week ago
From Ireland to Argentina: Alexis Mac Allister's Irish roots explained
1 week ago
Former England international admits he wishes he had played for Ireland
2 weeks ago
Two baffling omissions as four Ireland stars make World Rugby 'Dream Team' of the Year
2 weeks ago
"Highlight of my Ireland career" - Behind the scenes as Jack Crowley and Ross Byrne covered for a legend
2 weeks ago
Bundee Aki reminded us all of his best qualities, on a night Ireland couldn't do without him
Next Page