"Are you not watching Finding Nemo?"

We've all gotten quite used to the new normal inflicted upon us by Covid-19. We talk to our friends online-only, we work in our sitting rooms, there is no sport outside of the History Channel to be watching. Not a lot has gone, but everything has changed. In such unprecedented and strange times, we often depend on comparisons, metaphors and illustrations to describe how we're feeling or what we're experiencing. So, when Ian Keatley's two and a half year-old daughter clambers up onto his knee to wave at the assembled press on her Daddy's laptop screen, it feels fitting that it comes just as he's describing how she has changed his view on rugby, the world in general, and everything in between.

Perspective is a wonderful gift.

When Keatley's eight year stint at Munster came to an end at the beginning of last year, he moved on briefly to London Irish before settling into life in Treviso, back in the Pro 14. Like many, he found his world turned upside down as the Coronavirus began to take hold in Europe. When Italy, at one stage the epicentre of the Covid-19 Coronavirus outbreak, began to shut down essential services, himself and his wife began making plans to come back to these shores while things played out;

"They (my family) came over with me at the very start. There were a few cases in Italy and the Italian government took measures to start closing schools  and closing playgrounds and stuff like that.  We had spent a few days in Italy and my daughter wasn't going to school and we weren't allowed take her to playgrounds, so we just decided that maybe it was best. I said 'why don't you go home to Ireland for a few weeks and we'll see how this escalates'.  Then we played the Dragons, the day before we had found out that our next two matches against Ulster and Munster were going to be called off. So when we had the following week off, I asked could i go back to Ireland straight after the match. That was fine, I came back on the Saturday and that day the Lombardy region went in to lockdown. So I was lucky enough to have decided to come back to Ireland - just to have that security of being in a relatively safe place with family." 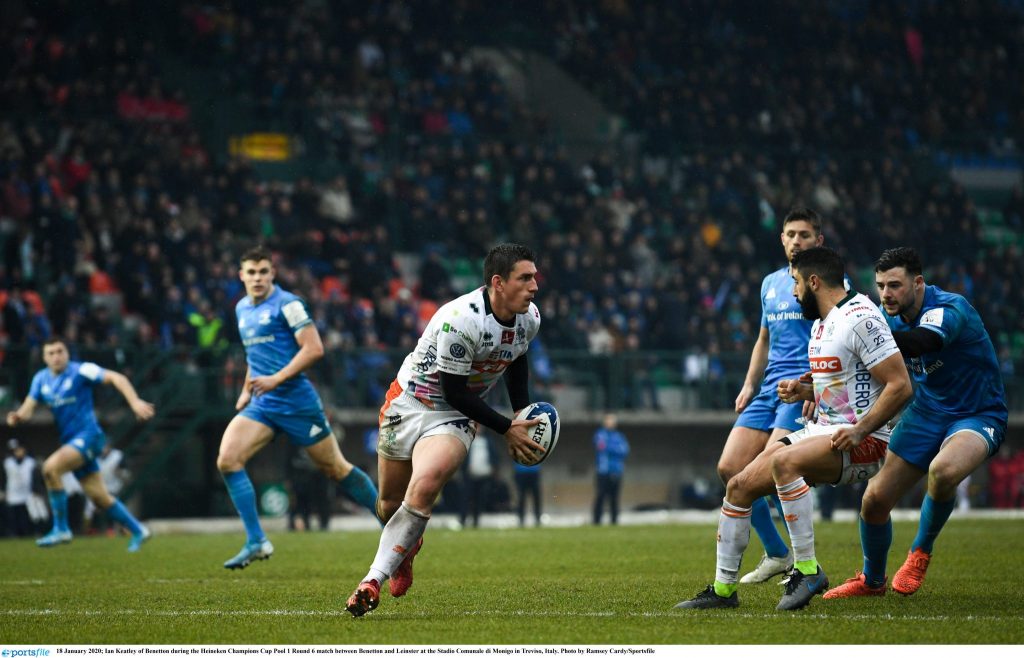 He mentions his daughter numerous times throughout the interview, and as if young Beth's ears are burning we can hear a couple of knocks on the door before she appears, BBC-News-viral-clip style, to say hello to the scattered but gathered press. "Are you not watching Finding Nemo?" asks Keatley, before an emphatic "NO" puts him in his place faster than any coach or opposite number could ever manage. You couldn't ask for a more perfect example of the point the flyhalf has been trying to make;

"I think the best sports psychologist I could ever have had was probably have a daughter! Because she just takes up all your time and you don't really mind about playing bad in a match or missing a kick when you come back and all she cares about is when she sees you out on the pitch and you can just hear her going 'Dada!'. She doesn't know and as long as she's happy that's all that really matters to me to be honest with you. Obviously it does matter if I have to play well to get a new contract to put food on the table for her, it's a vicious circle... well, not a vicious circle but it all goes back around. It's a nice circle!"

It's not an easy thing to leave any team after eight years, but leaving Munster is different. The fabled intensity around the province, the emotional buy-in required and the high expectations of both players and fans make it a unique club to be a part of. Stepping outside of that last summer could not have been easy for Keatley, but he appreciates the benefit of having done so;

"Obviously, leaving Munster was such a big decision. You have that fear, 'oh did I make the right decision?' Within two or three days, you just realise that outside of that bubble that you get yourself into. It was great to be inside that Munster bubble. Then you leave and you're like, 'Oh, God,' wondering about it but once you leave you realise that there's more to rugby than being in that bubble. Don't get me wrong, it was great when I was in it. I loved it. I loved everything about Munster. But then when you step out and you're wondering what's going to go on." 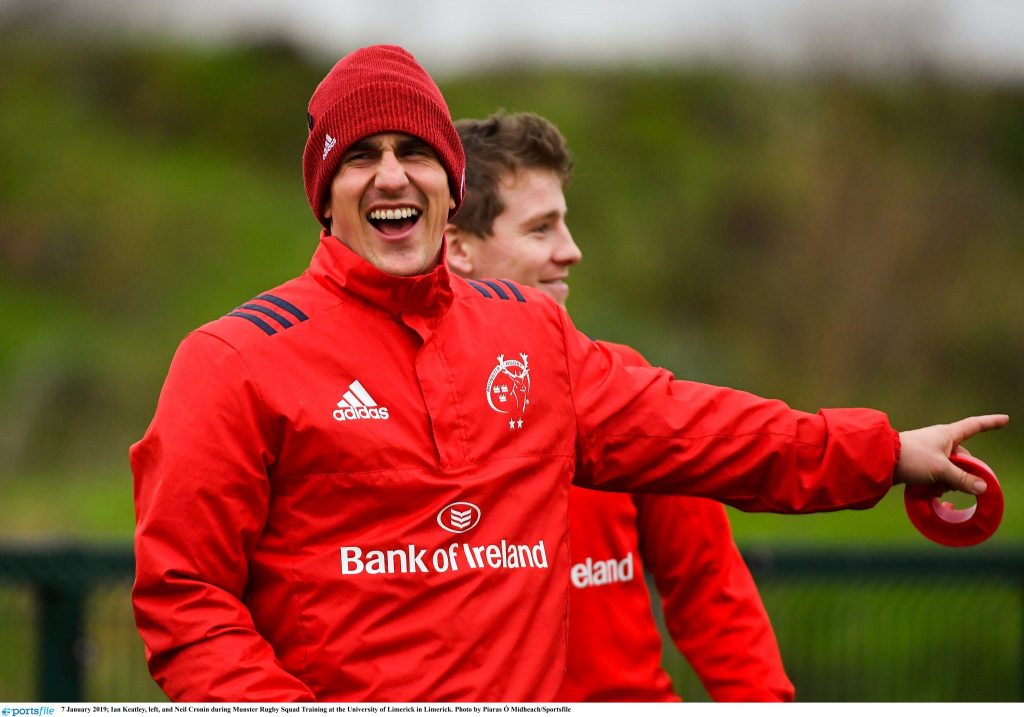 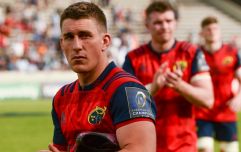 END_OF_DOCUMENT_TOKEN_TO_BE_REPLACED

He describes the initial short stint at London Irish as a good "stepping stone" to his eventual move to Treviso. Thirteen games for the Italian outfit, 87 points and a man of the match in their victory over Dragons just two weeks ago, which could prove to be their last game of the season, Keatley is very much enjoying life on and off the pitch in Italy;

"I've loved my time in Benetton. Benetton Treviso is such a great place in the world. We're 20 minutes away from Venice, we're an hour and a half away from Lake Garda, we're an hour away from the ski slopes, we're 20 minutes away from the beach. If you get in a car and drive for two hours, you're in Croatia or Slovenia, so, it's a different experience. If I drive two hours from Limerick, I'm in Dublin [laughs]. So it's a nice, different experience. "

Like the vast majority of people right now, life is on pause for Keatley and his family. But, he's seeing the positives in the disruption; an extended period at home with his wife, daughter and his parents;

"Obviously, I have my immediate family, my wife and kid. But spending time with my Mom and Dad. I haven't been home longer than a week in my parent's house since I moved to Connacht when I was 20/21. That's been nice, just hanging out with my Mom and Dad. We've got a really good relationship. We get on really well. Helping them now to clean out the house, doing the garden, clean the garage, clean the attic. Just spending quality time with them. My daughter is getting to spend time with her Granny and Grandad because when you live in Italy, it's not like they can just pop down to see us. It's great that we can spend time that way with my parents and be at home for a little bit."

Perspective is a wonderful gift. 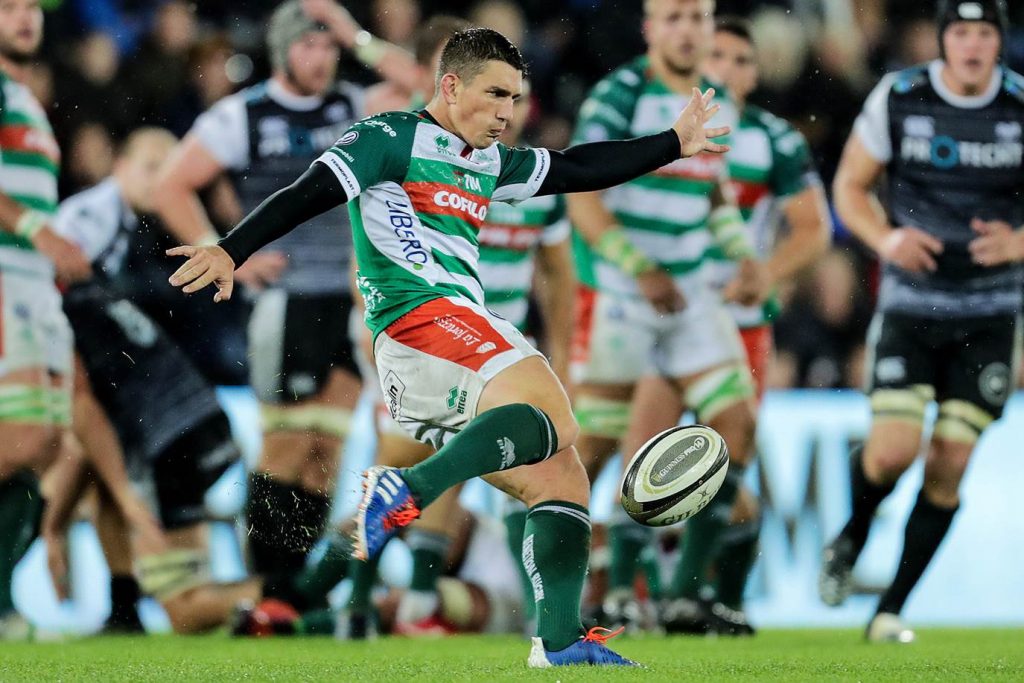 Pictured playing for Benetton in this year’s GUINNESS PRO14 is Ian Keatley who shared his experiences coping with the Covid-19 Pandemic. This season Ian became only the fourth player to break 200 appearances in the history of the GUINNESS PRO14. He is also only 12 points away from 1,500, which puts him 97 points behind Dan Biggar’s all-time record of 1,585.