"You could see it – he was enjoying his rugby again."

Whether it was in underage, 'A', Test rugby or in big Munster, Connacht or Treviso games, Ian Keatley will have a few treasured jersey swaps. However, it is a commemorative Munster jersey that he held onto that means the most.

Keatley spent three seasons at Connacht before moving to Munster in 2011. He started off as deputy to Ronan O'Gara but took over the reins in 2013 and ended up playing eight years at the province. He delivered some top performances, during that period, with Europe often reserved for some of the most memorable days.

On House of Rugby Ireland, Keatley told hosts Ian Madigan and Eimear Considine (listen from 53:30 below) about that emotional European victory over Glasgow Warriors, which came only six days after Munster coach Anthony Foley had passed away. 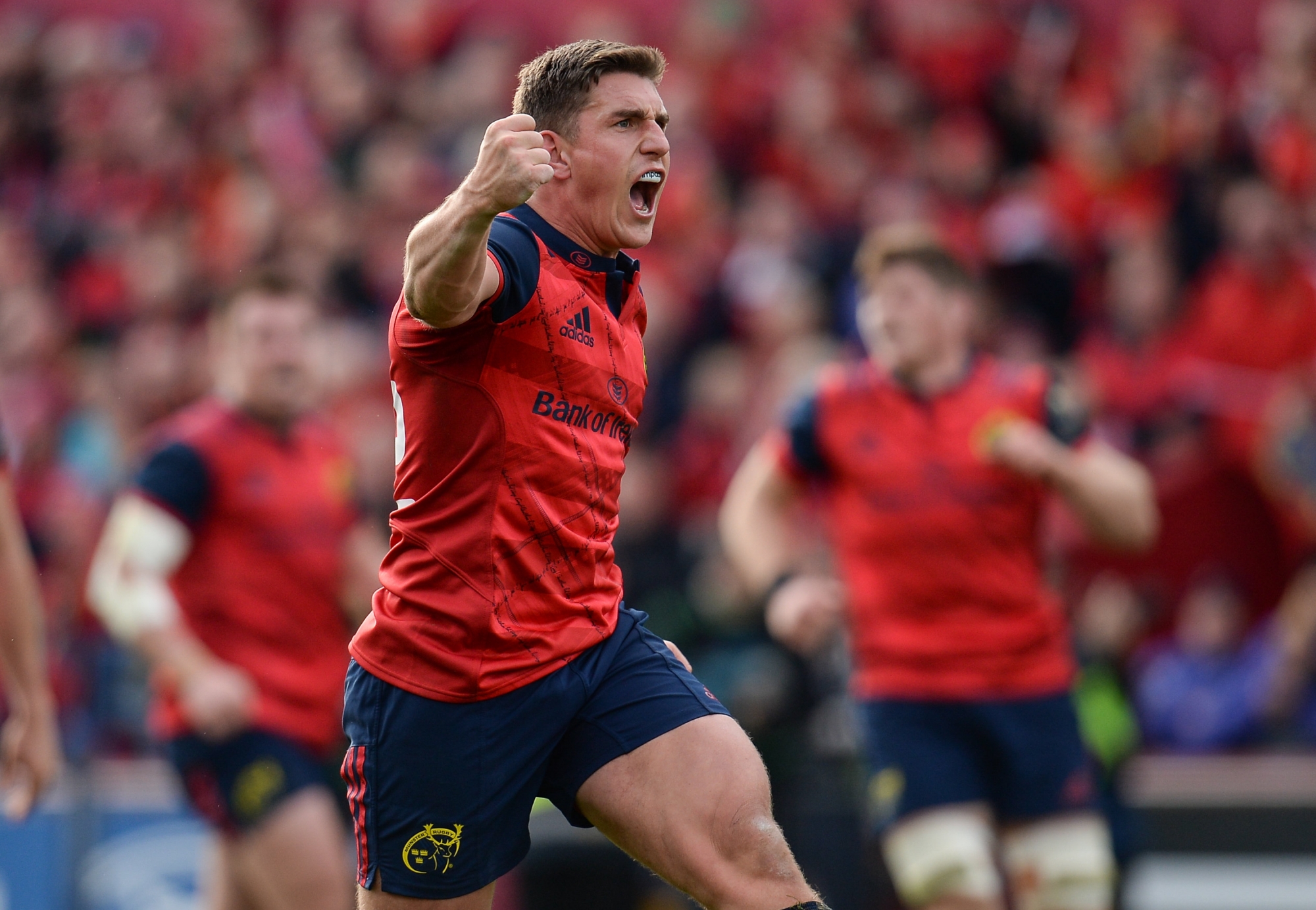 In October 2016, Anthony Foley died in his sleep the night before a European tie with Racing 92 in Paris. The game was postponed as the Munster squad, and anyone that held the club close, grieved.

Munster were given the option of postponing their next European game, six days later, against Glasgow but, after a squad vote, opted to fulfil the fixture and play in Foley's memory.

Keatley came on as a second half sub in the game as Munster, playing with 14 men, withstood a second half rally by the Scots to win 38-17. The outhalf recalls:

"We all got given ‘Axel’ jerseys. After Axel passed away, we played against Glasgow in the Champions Cup. And I can’t really explain the day or atmosphere. It was just an unbelievable occasion and, yeah, everyone knows about how emotional those times were for us, in Munster. 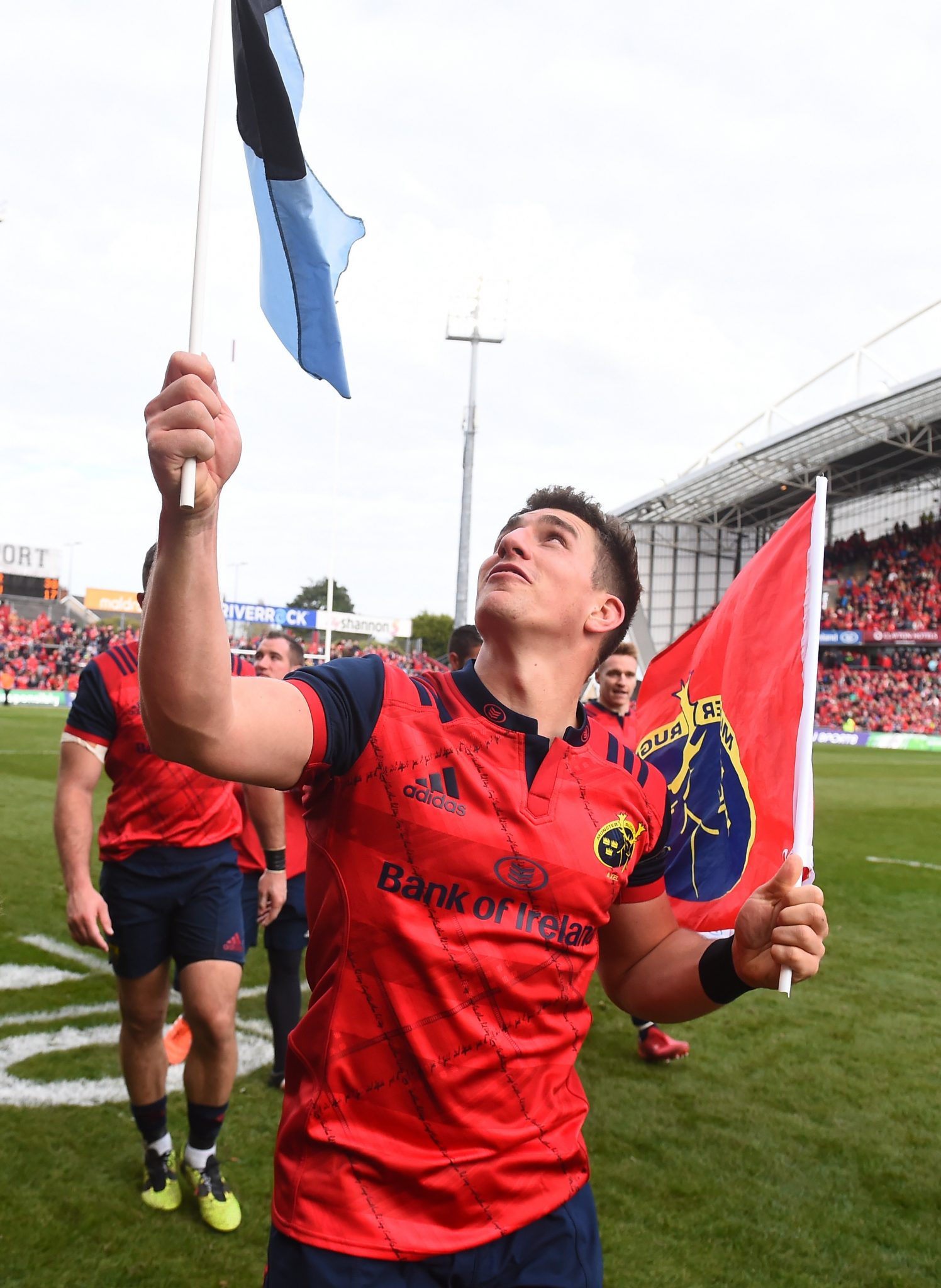 Keatley began playing in 2008, the year Foley hung up his playing boots. The Clare native got into coaching, soon after, and his path intersected with Keatley's a few times before he made the switch to Munster.

"I always remember watching the games at Lansdowne Road and watching Axel with his navy and red scrum-cap. He always stuck out. And then I think I had him at… my first Ireland ‘A’ match, he was the forwards coach and I got to know him.

"Everyone looks at Axel and you think of this big, strong, hardy man, but he was actually like a little kid on the inside, and you really saw that. I think he kind of lost that kid when he took over at Munster. It didn’t look like he was enjoying his rugby, and maybe because the results weren’t going well. But I think the pressures of the game got to him.

"Then, when Rassie (Erasmus) did take over, and Axel went back to more coaching and doing what he loved. Like, he was a coach. He doesn’t like telling people that they’re not playing or doesn’t like organising all that. He’s a coach. He likes coaching and he was very good at that. And when Rassie took over, he went back to that. You could see it in his smile. He was loving coaching again. And it’s a pity, then, that he passed away around that time. You could see it – he was enjoying his rugby again."

Although that season included a remarkable winning run, it ultimately ended in defeat in the Guinness PRO12 final at the Aviva Stadium. The squad broke up that summer and they would never be all together again.

For Keatley, though, and all involved on that incredible October 22nd day, they have memories - and that jersey memento - to cherish for a life-time.


popular
Bill Shankly’s grandson asks for statue to be removed from Anfield
'War-scene' in Tyrone dressing room before 2005 final sums up an iconic team
Solskjaer chats with protesting United fans who broke into club's training ground
The SportsJOE 12 o'clock quiz | Day 336
We knew Sean O'Brien wouldn't let us down with his Lions XV
Springboks legend Tendai Mtawawira tells us what he really thinks of Ellis Genge
Keith Earls backed for Lions XV by one of the best in the game
You may also like
1 week ago
"I'd like Ronan O'Gara at Munster in the next 12 months" - Niall Ronan
2 weeks ago
"Gavin Coombes was outstanding" - Munster's ray of hope as European light snuffed out
2 weeks ago
Munster's Champions Cup dreams blown away by late Toulouse burst
2 weeks ago
Worrying footage as Tadhg Beirne suffers "bad injury" to ribs
2 weeks ago
Pieter Steph du Toit comments on Munster move demonstrate biggest stumbling block
3 weeks ago
Leinster break Munster hearts, all over again
Next Page