Paul and Askren met last night at the Mercedes-Benz Stadium in Atlanta, Georgia, with the former picking up a surprise win via knockout.

During the first round of the fight, a swift one-two from the 24-year-old Paul knocked Askren to the mat. Although the latter made it back to his feet, he was deemed incapable of continuing by the referee. 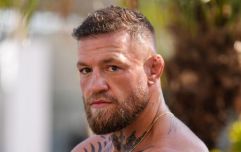 END_OF_DOCUMENT_TOKEN_TO_BE_REPLACED

He was understandably elated, as was his brother Logan Paul, who took the opportunity to call out Floyd Mayweather post-fight.

The show was arguably stolen before the two made it to the ring, however, thanks to the work of comedian Pete Davidson.

Davidson began his skit by taking a jab at the Triller Fight Club event in general.

"You can tell how professional this event is by them having me here," he said.

While parading around Jake Paul's dressing room, Davidson said "today's a really wild day for boxing because it just shows how low it has truly sunk".

The comedian added "it proves if you have enough followers, you can truly f***ing do whatever you want."

END_OF_DOCUMENT_TOKEN_TO_BE_REPLACED

Davidson claimed not to know who Ben Askren was, and rounded off his assessment by stating "they both suck, but at least somebody's gonna get hurt".

The 27-year-old New York native has appeared on numerous MTV shows, in addition to a regular stand-up slot on Jimmy Kimmel Live!

Davidson gained worldwide fame after he began dating pop star Ariana Grande in early 2018; their engagement was called off later that year.