Nolan still rolling with the punches after all these years

There’s plenty of good days, plenty of bad days. For 25 years now, Paul Nolan has been rolling with the punches in an unpredictable game.

Horses have broken his heart, jockeys have made mistakes, owners have too. But he hasn’t been knocked out yet and the boyish enthusiasm that brought him here in the first place is still alive and kicking.

It takes you back to 2007, when Paul Nolan was at the top table and this writer was a young, giddy and starry-eyed horse-racing follower who spent his days asking jockeys for autographs and trainers for tips. Some would be busy, others would give you a horse but Paul Nolan was the man. 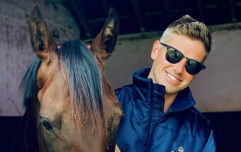 END_OF_DOCUMENT_TOKEN_TO_BE_REPLACED

In that distinctive Enniscorthy accent, he chatted with us like we were seasoned national hunt goers and a half hour later, when his 16/1 tip won the bumper by a short head, the smiles were beaming and a love for the game was born.

Alpha Ridge was the hero of the day and Paul Nolan laughs at the memory.

“It’s good to be remembered for something good anyway because it’s normally something bad!” 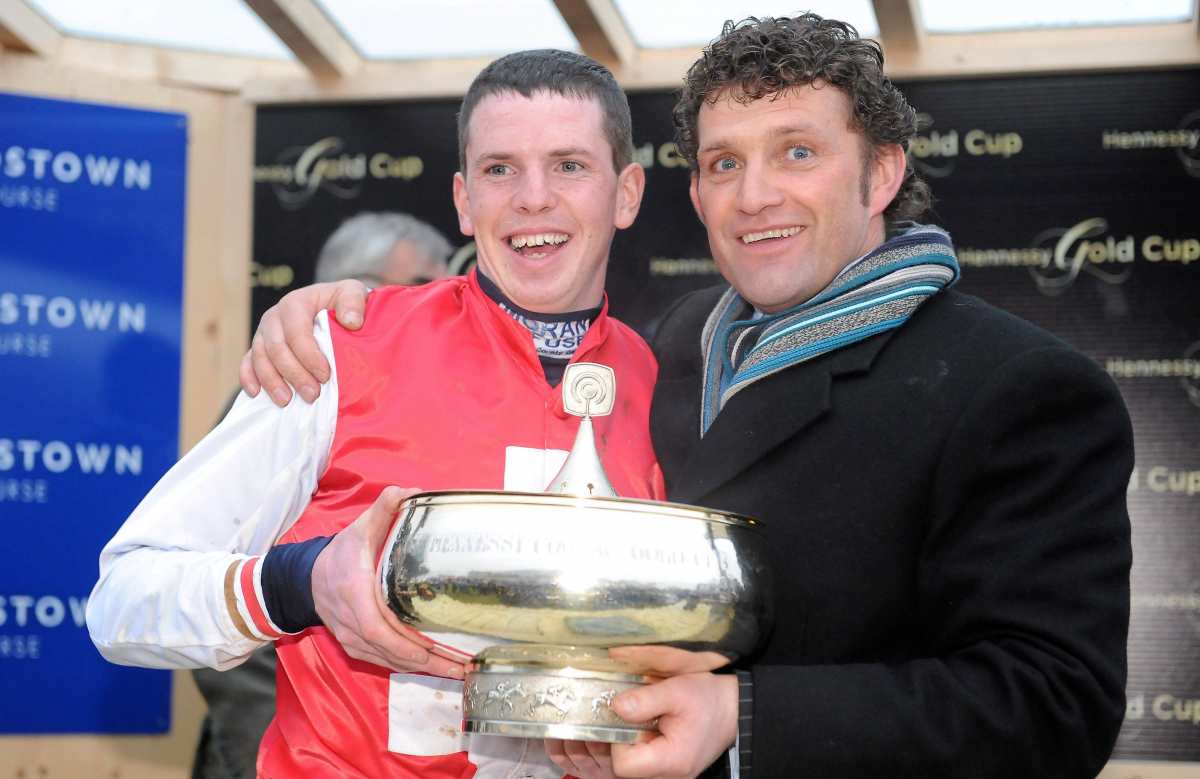 Nolan is the salt of the earth.

Money was plentiful back then, owning racehorses was in fashion and the man himself was the next big thing. Three Galway hurdles, two Cheltenham festival wins and a Leopardstown Gold Cup kept the horses coming his way but in racing, you’re only one bad run, one bad break away from a downward spiral.

“He was a decent horse as well was Alpha Ridge. Won a few races for us and was going to be sold for a lot of money but he dropped dead of a heart attack. The whole thing was sad, but that’s this game we’re in. It’s a real game of ups and downs.” 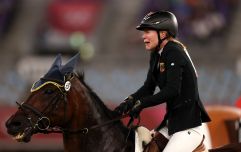 END_OF_DOCUMENT_TOKEN_TO_BE_REPLACED

Plenty of good days. Plenty of bad ones. For Nolan, pandemics, Brexit, restrictions and all things considered, these aren’t the worst of days.

In 2020, the Wexford man rose again to have 13 winners as well as a red letter day in Leopardstown. When his stable star Latest Exhibition won a Grade One at the prestigious Dublin Racing Festival, it marked a revival of sorts, a well-deserved day in the sun after some long winters. The roars that rang around Foxrock that day told a story of their own as racegoers revelled in Nolan’s comeback win. There were bleak times, such as 2017 when the yard had only five winners, but he's always had a fire lining the belly.

“That was a brilliant day last year but you can never really get carried away with it like. You’re kind of just waiting for the next one to run shite and that brings you back down to earth fairly quickly."

Nolan has never seen a bush he wanted to beat around.

“Of all the things, we were able to keep going (during the pandemic.) We kept on all the staff and we were able to battle on through it. Listen it’s been great because it’s kept so many of us busy and sane. You’d love to have more horses but it is what it is. 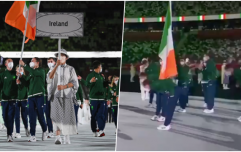 END_OF_DOCUMENT_TOKEN_TO_BE_REPLACED

“It’s like being at a match with no crowd these days. It leaves an awful void at the races as regards the roar and the atmosphere.  You can’t beat the bit of banter and the bit of craic, but it’s a necessity at the moment. It’s been controlled very well by all the organisers, I don’t think anyone can have any gripe about racing going ahead because it has been managed, and it’s all been Covid free so far so fair play to everyone for that.

"It’s easy to handle the good days, it’s just trying to manage the bad days a little bit better. You get that little bit leather skinned to it because there are more bad days than good. You’re always going to suffer disappointments; you’ll be let down by man and beast throughout your life.” 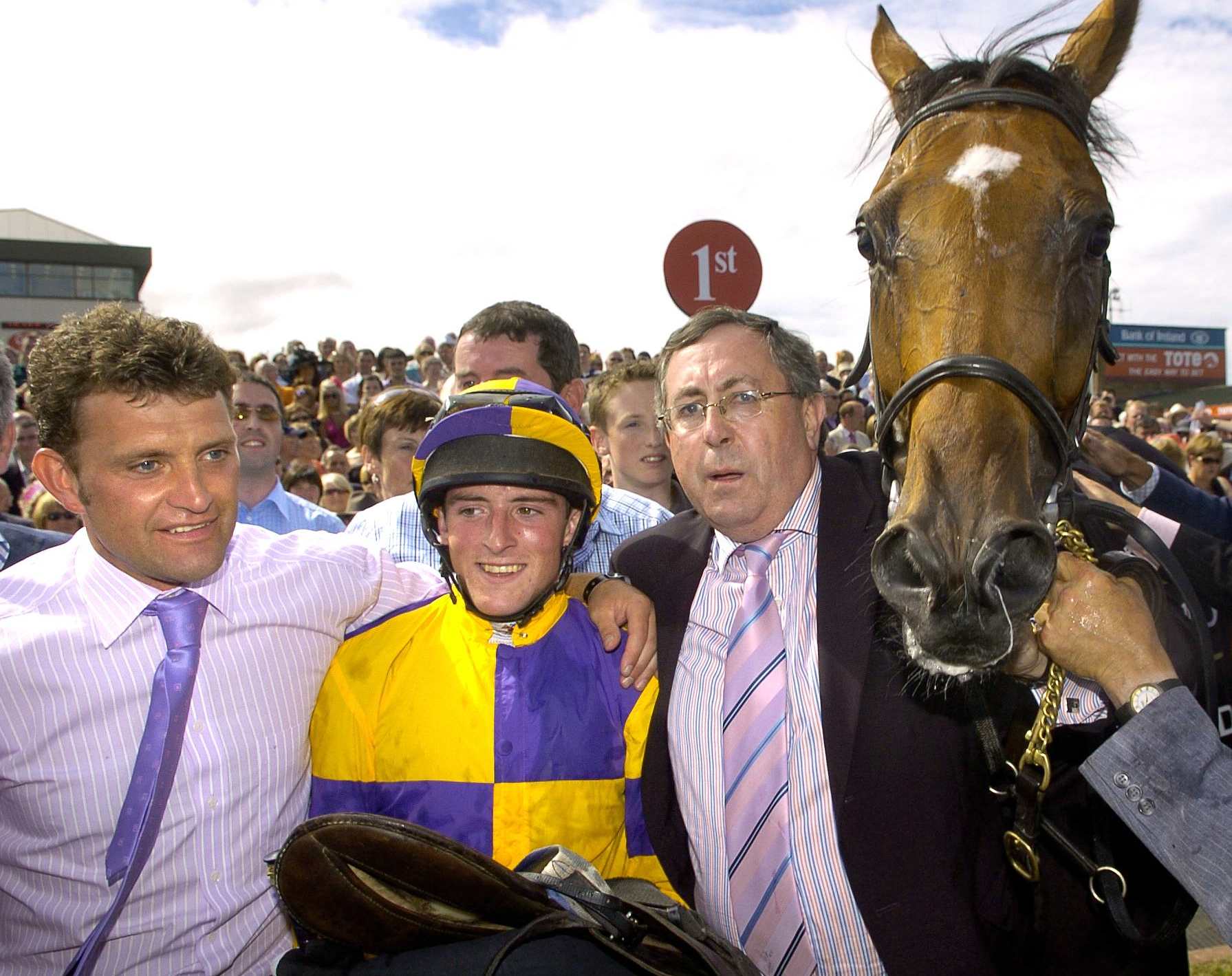 But Nolan is made of gritty stuff. With a bit of luck, he could have been a part of Liam Griffin’s All-Ireland winning Wexford team in 1996. A knee injury at the wrong time put paid to his ambitions in the purple and gold but the connections made and the spirit built in his days as a GAA player stands him in good stead today.

“I did the knee at an awful bad time. Injured, bolluxed at 27 when Liam Griffin was coming in. I pulled the ligaments off one whole side of my knee and I was going to have to get the whole thing wired and Tadhg O’Sullivan said I had no chance of playing again.

“It was a question of just having a limp and being lucky enough to go that way. After me doing that, I couldn’t even stand in the goal in an indoor soccer match. Listen, I wasn’t much good, but maybe if I calmed down and listened a bit, I might have done a little bit better…”

“It’s funny though. There’s a few of the Wexford hurlers who have a couple of different syndicates with me now, Kevin Foley and a few of the ex Wexford footballers too. Nicky English has a few horses with me… it’s amazing. There’s that link there between GAA and horse-racing all the time. We had right auld craic there when Wexford played Tipp and nearly beat them in the semi-final. We’d always stay together and head back to the same pubs after the games and the chat would be all hurling. There’s nothing I’d rather do as go to a good hurling match.

“I have fantastic owners who were exemplary in every way. In fairness, it’s not as easy for them to put money into this sport when they can’t go to the course and see their horses but they have been a brilliant support for me.”

For now, it’s back to the day job in Toberona stables in Enniscorthy where he has between 40 and 50 horses riding out.

“I start early myself. Get up early, start at half five, quarter to six. The lads come down, my brother James and my son Barry who’s out of college at the moment and they start feeding at around 7.00. The lads come in around 8.00, we’d be kept going riding out until 1.00.”

All in the hope of winning big once again.

“I’ve been very happy with him,” he says of his stable star Latest Exhibition. 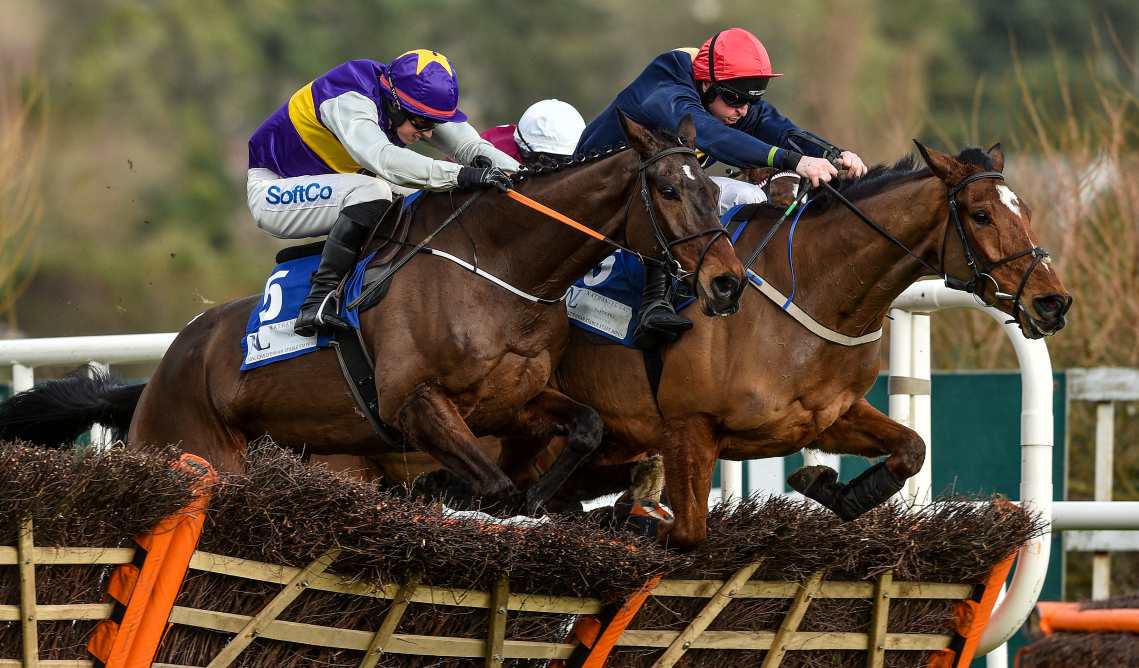 “He’s won and been second twice this year. We were disappointed in Punchestown, but we’d probably ran him a bit quick and it didn’t work out. We got him back to being in right order for Christmas but Monkfish was just too good on the day. We went very close. Monkfish is a very good horse, he’s after costing us two grade ones at this stage, we’re looking at his backside a good bit! But listen, the Dublin Racing Festival is such a brilliant thing and it’s so prestigious."

"I know the Gold Cup and Champion Hurdles are so prestigious, but prize money and track wise – it’s no comparison to the Leopardstown festival. It’s a ten times better track than Cheltenham and it’s a fairer track than Cheltenham. It’s the cream of Irish National hunt racing that go to Leopardstown that weekend and to have them taking each other on, that’s what everyone wants. It’s the best thing that’s happened National Hunt racing since I started training. The unfortunate part is I haven’t had enough horses to run in it, but you just keep on hoping.

It's the hope that keeps you going, and Paul Nolan hasn't been found wanting yet.

Leopardstown RC wants sports fans to watch the racing action on RTE, to download their digital racecard, and to take part in the regular competitions which will be run across their Facebook, Instagram, and Twitter pages (@LeopardstownRC) over the two days. Fans are encouraged to follow @HRIRacing and to share images/videos of themselves using the #BeInvolved enjoying the racing from home on February 6th & 7th


popular
The FootballJOE Pub Quiz: Week 11
O'Hora and Keegan hammer into each other, both of them only revelling in it
Manchester United players 'lose faith' in Solskjaer after Liverpool pasting
Man United's tactical issues summed up in six shocking screenshots
Jesse Lingard seeks to clear up what United fan shouted when he was warming up
McBrearty has dramatic equaliser ruled out as Naomh Conaill win Donegal grudge game
Liverpool's half-time words in Old Trafford dressing room will please fans greatly
You may also like
7 months ago
"No one comes into racing for money – it is a hard way to make a living" - Elliott releases heartfelt statement
7 months ago
"It is very easy to put a nail in a fella’s coffin and kick a fella when he is down" - Ted Walsh
7 months ago
Elliott loses Envoi Allen and Cheveley Park string as Mullins and De Bromhead get the nod
7 months ago
Ruby Walsh "angry and embarrassed" as Elliott apologises for "moment of madness"
7 months ago
Michael O'Leary stands by Gordon Elliott despite "grievous" lapse in judgement
7 months ago
"I feel it is important to provide people with some context surrounding this photo."
Next Page