If you had placed your faith in us with our second day picks for the Galway Races, you would be waking up happy this morning.

Three winners, as well as five outside picks that came in at each-way; including Engles Rock at 16/1.

Indeed, the big winner was Riven Light at 11/1 in the showpiece event. The Willie Mullins trained horse collected the €120,000 jackpot prize, much to our delight.

Anyway, sure look, we won't rest on our laurels. Day 3 is upon us at Ballybrit, time for our rundown of the runners and riders hoping to hit the headlines today.

The ground is now Yielding (NH) and Soft (Flat) following 9mm of rain since 8am. Forecast is for a further 1-3mm of rain prior to racing and generally dry thereafter. 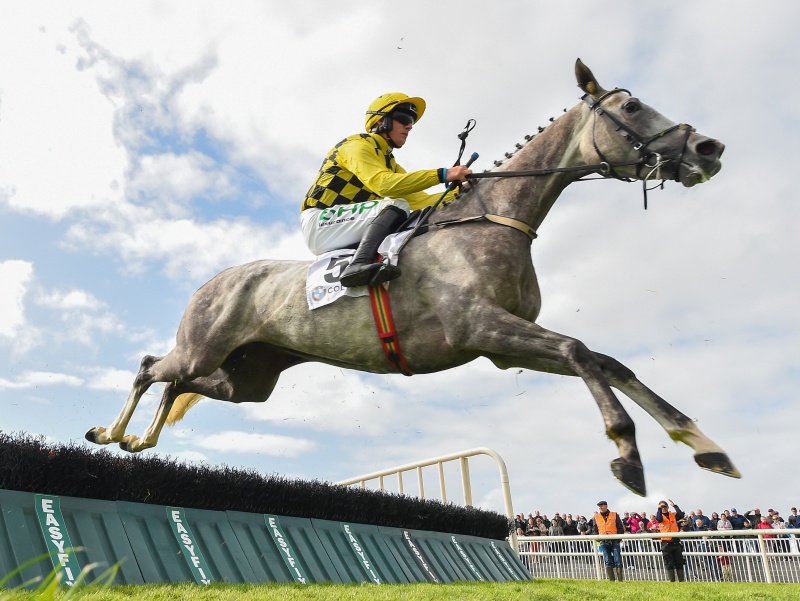 Debuchet is the favourite at 5/4. However, Getareason is the runner everyone is talking about. Priced at 13/2 you would be a fool to pass up on this Willie Mullins/Ruby Walsh double act. Ironically, the 2017 winner of this race was also a Mullins/Walsh double act when 5/4 favourite Minella Beau romped to victory.

END_OF_DOCUMENT_TOKEN_TO_BE_REPLACED

The J.R. Finn trained horse, Turbo is also a good each-way shout at 8/1, having placed in its last three races.

The second race of the day is run over the same distance as its predecessor and is another packed out race of 20 riders. Aydoun, ridden by M.J Bolger is the 4/1 favourite going into the race, but we aren't convinced.

For this race we are throwing our lot behind three outsiders;

Owned by J.P. McManus and trained by Henry de Bromhead, 12/1 shot Plouios is definitely worth an each way bet. Another McManus owned horse, namely Santiago De Cuba, trained by Joseph O'Brien and ridden by Barry Geraghty makes this runner difficult to walk away from at a price of 12/1.

Border Control, also trained by O'Brien, looks like it could have a say in this race. The horse has finished in the top five in its previous five races. Priced at 16/1, you never know. 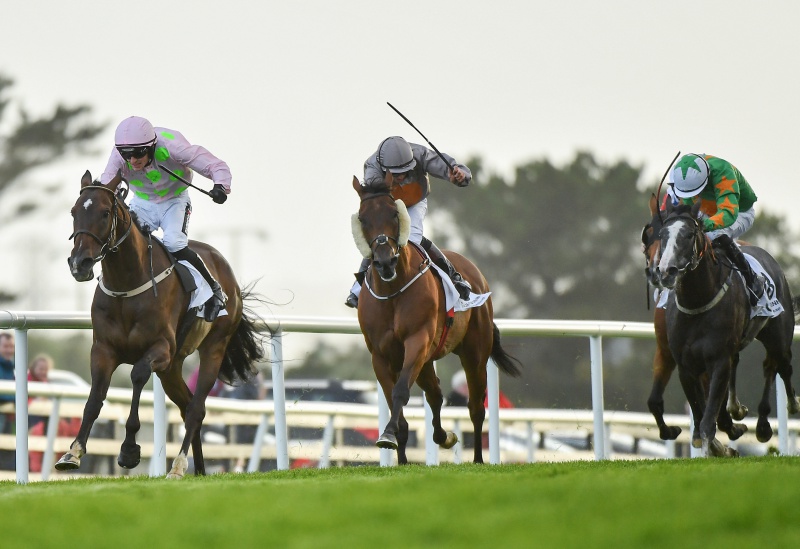 END_OF_DOCUMENT_TOKEN_TO_BE_REPLACED

There is 35 grand at stake in this 2m 11oyds and many of the runners have claimed victory over the same distance in the past which makes it extremely  difficult to call.

Timetoget is the favourite at 13/2, and we are going to put our lot in behind this horse here, a first, second and third in its last three races, push it ahead of the chasing pack for us.

Teachers Pet at 7/1 is the second favourite, but has had a few falls at recent races, which may make you lose trust in her. However, Barry Geraghty is set to take control of the horse for the first time today. Could this swing things in her favour?

Another difficult call for this one. Both National Wealth and Diamond Hill, we expect, will fight it out for first place.

Priced at 5/2 and 4/1 respectively, both have placed in their last three races which means there is nothing between the two of them. Diamond Hill is yet another Mullins family affair with Willie as trainer, and son Patrick the jockey. The same double act won this event last year, so you may opt for a repeat to occur.

On this occassion though we are gonna stump for National Wealth, trained by Joseph Patrick O'Brien. 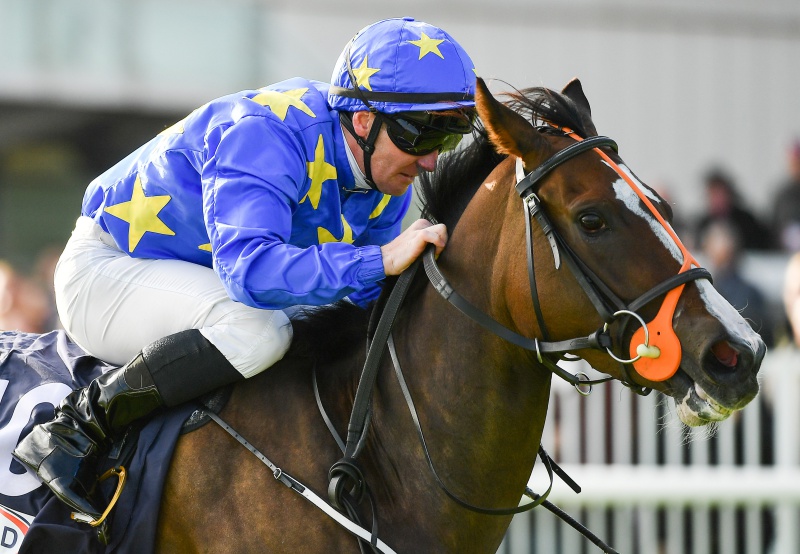 Day three's showpiece race see's 22 riders battle it out for a jackpot of EUR250,000, now that is not to be sniffed at!

Henry de Bromhead is chasing a third win in four years today, and he has gone all guns blazing in order to make it happen fielding a team of five in the Galway Plate.

Calino D'airy at 10/1 probably makes most sense if you are backing him to do it. Although Sub Lieutenant (16/1) and Valseur Lido (25/1) are worth an each-way punt.

The race favouite is Tully East, the Alan Fleming trained rider comes in at 13/2. However, our favourite for this race is Slowmotion. Trained by Joseph O'Brien, owned by J.P. McManus and ridden by Barry Geraghty, it has had a couple of decent races recently and may come good today. You will get Slowmotion at 8/1 today.

Ruby Walsh will be in the race on board French horse Saturnas and is priced at 14/1, just in case you were wondering.

There is 1m 123yds to run in the penultimate race of the day. The 9/2 favourite My Silver Nails looks like your best bet here given its staggeringly good form recently. The Michael Mulvany trained horse has finished in the top three in its last five races.

Then again, 5/1 second favourite El Greco has won its last two. Yet again its too tough to call.

If you fancy an outsider bet in this one, we are going for Hypnotic Force at 14/1. The G.M. Lyons trained horse won its last race and will be hoping to carry that momentum into today. 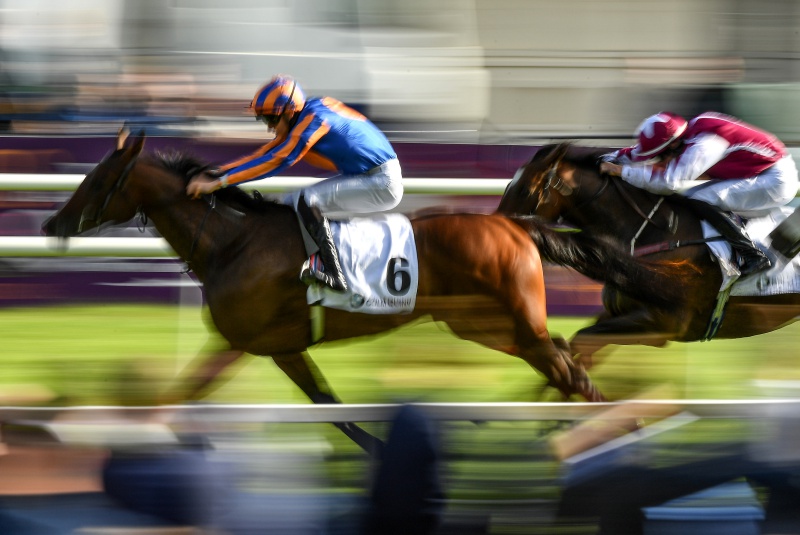 The final race of day three is a 2m 110yds race with 20 riders looking to end the day on a high. The Willie Mullins trained Bronagh's Belle is the 3/1 favourite.

At 14/1 Great Trango looks like a solid each-way bet given its form over the last number of races, as well as having won over the same distance before. Waterville Dancer is priced at 8/1 and is our final pick of the day. A couple of solid finishes recently over a similar distance tells us that it should not be ruled out of the running.

Day three of the Galway Races gets underway at ten past five this evening. Our advice would be to keep your hands in your pockets and run as far away as you can. Seven extremely difficult races to choose from, but we have stuck our necks on the line in the hopes of a  few winners.


popular
Brendan Ó Dufaigh gives a powerful interview on an emotional night in Ulster
Jamaica teammates are as frosty after Thompson-Herah's history-making 100m win
Full player ratings as South Africa leave Lions battered, bruised and beaten
Cheslin Kolbe somehow avoids red card after leaving Conor Murray in awful heap
Paul O'Donovan busts the cliches and leaves the mystery behind him in one more emphatic interview
Warren Gatland gives his take on that dangerous challenge on Conor Murray
McIlroy and Lowry right in the mix for Olympic gold in Tokyo
You may also like
4 months ago
"One in every three runners at the Cheltenham Festival is an ex-Irish Pointer" - Richard Pugh
4 months ago
"I feel it is important to provide people with some context surrounding this photo."
8 months ago
Road to glory begins here for gems of the National Hunt game
8 months ago
"I can't wait to see Jason in the Morgiana, it's a dream come true" - owner Peter Michael
9 months ago
10 horses to follow for the 2020/21 national hunt season
1 year ago
Fines and suspensions in Tipperary after stewards enquiry
Next Page