Shane Lowry: Leaving the O'Neill's ball for the golf club and living up to the name

It's a shit question to hit anyone with in the middle of a chat. What would you be if you weren't...

It doesn't lend itself to a conversation and it's not even something he hasn't heard before but Shane Lowry has a simple answer for a silly enquiry.

- What would you be if you weren't a golfer, Shane.

- I'd probably be broke, to be honest. 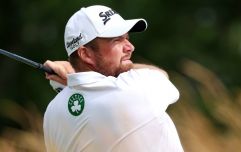 END_OF_DOCUMENT_TOKEN_TO_BE_REPLACED

Since his transition year, it's been golf. It's not like it was golf or bust for the amateur who won the Irish Open 10 years ago next month but he certainly had all his driving range balls in the one basket and that's why he doesn't have an alternative at hand by way of career choices. He was a good footballer, he played hurling with Clara and and he kicked ball on the soccer pitches of Offaly too but, as soon as Shane Lowry hit 15, he developed an iron-shaped crutch.

Now, the 32-year-old is preparing for his fourth Masters tournament after earning the invite for what has been an impressive start to the year - one that all began with the winning of the Abu Dhabi Championship, his best ever round and arguably the shot of his life.

And it ended the title drought which was coming up on three and a half years since his WGC-Bridgestone Invitational victory over Bubba Watson and, for Lowry, that was important. Not just to put himself back in Masters contention or to collect a cheque for €1,024,195, but to get over what was a difficult and long spell.

"I had gone through a few bad times on the golf course. I was still doing okay every year but I wasn’t doing as well as I would’ve liked so it was definitely a relief. More so relief than excitement about winning in January so I’m hoping I can just build on that now.

"You know, it’s a funny game. You never know what’s around the corner." 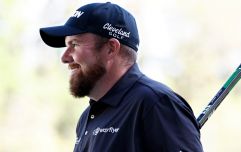 END_OF_DOCUMENT_TOKEN_TO_BE_REPLACED

Whilst Augusta signals the start of the golfing season for the fair-weather players and fans, and as club heads are dusted down and Irish courses filled again with the end of winter and the Masters horizon, it brings a strange pressure to the tournament which Lowry equates with the Wimbledon effect - a fever pitch in the calendar that spreads the bug in that sport.

He feels the weight of it too but knows full well that it could be a lot worse.

"Listen, there’s going to be a lot more golfers there next week with way more pressure on them than me."

The biggest pressure he feels though is beyond what happens in Georgia this weekend, it's to be on the plane headed for Wisconsin and the 2020 Ryder Cup. But his friendship with European captain Pádraig Harrington isn't something he's banking on.

"It’s almost like when you’re playing football as a young lad and your da’s the manager, it’s harder to get on the team.

"In the next 18 months, that's definitely the priority but I don’t think I’ll get a pick, I think I’ll have to make the team on pure merit.

"With Paddy being the captain, I’d love to be on that plane going over to play the Americans and I feel like I’ve put myself in a position to make the team but obviously now I just need to go and play the golf to do it." 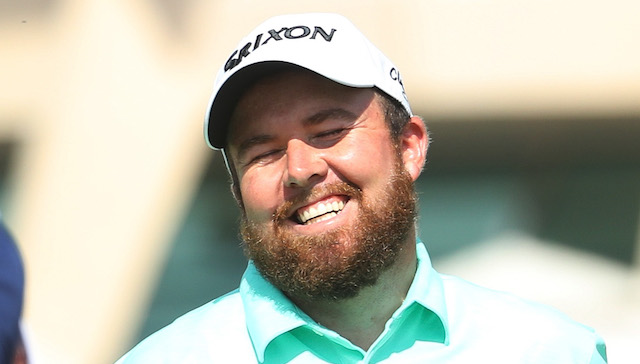 He jokes about how him and his brother never lived up to the Offaly football expectations automatically bestowed on them because of the great Lowry name.

Shane's father Brendan was number 15 on the 1982 All-Ireland-winning Faithful team which shocked the country and famously stopped Kerry's drive for five-in-a-row. Alongside him were his two brothers Mick and Seán but despite a rifle right foot and an eye for the posts, Shane Lowry never got the Offaly call-up at any stage, probably because he was growing more and more obsessed with the smaller, cratered ball.

"I played football and I was handy enough. A bit lazy.

"I played corner forward and, when I got the ball in my hands, I knew where the goals were."

"I spent a lot of time with my dad growing up when he was playing football for Ferbane and he was playing soccer for Clara Town. I used to go to all the games with him and I used to hang out with him a lot and now it’s the other way around, he’s hanging out with come the tournaments and watching me.

"I had a very simple childhood, football and hurling and then soccer.

"They were my sports, I used to play them all the time and then I started playing pitch and putt in Clara and that’s where I first felt a club."

Drive and talent underpin any elite athlete, whatever the game, but where an entire team can be bailed out by the good grace and God's gift of one man on a football or hurling pitch, the putting green is a different realm entirely. It's on you, no-one else.

"When you turn pro, you’re really on your own," Lowry explains.

"At times, when things aren’t going well, it can be the loneliest place in the world.

"When you’re not playing well as a footballer, you can get away with it. You can hide the odd time but, when it comes down to golf, there’s no hiding place."

Whatever Lowry does and however big he becomes and whatever happens to him in those ups and downs, he's still an Irish man at the core of it all.

He might not live in Clara anymore - although he's down as often as he can come club championship season - and he might be 10 years a pro in one of the most trying businesses on earth, but he takes pride in this island more than anything and the people who inhabit it. To that end, he looks out for anyone new on the tour.

One of those Irish men doesn't hold a golf club but Conor Moore is a sensational breakthrough name on the circuit whose unbeatable impressions and genuinely class comedy sketches have garnered him a job with NBC Sports and the Golf Channel and made him one of the most popular and feared names amongst the players, all knowing that they're probably next on his list.

"I was only sitting down having lunch in the players’ lounge last week and next thing on TV, up he comes. Him and Tiger in an ad. I’m like, ‘Jesus, that’s unbelievable’.

"All the players know who he is and they know the impressions and what he does. I mean, sometimes people can be uncomfortable with that kind of stuff, people doing impressions of them, but I think he’s doing fine and he’s a nice guy so he gets on well with everyone, I think."

Lowry hasn't met Conor yet just through circumstance and bad timing but it's something he regrets because he makes a point of linking up with his compatriots, especially the fresher faces new to it all.

"I try to make sure when somebody Irish comes out on tour that I can meet up with them.

"I’ve never met him before but because he’s Irish and I’m Irish and because we’re from the same neck of the woods – he’s from Mullingar, I’m from Clara – you like to look out for each other.

“It’s funny, we actually have a bit of a connection. My dad managed Westmeath in the late 90s and Conor’s uncle Ned was a selector with him. He’s a big GAA man and so am I and my dad’s coming out for the Masters too so I’ll invite him over to the house and maybe have a barbecue, if he’s not too busy."

If he's not too busy.

Shane Lowry has three pro titles and three top 10 Major finishes and now he's preparing for his fourth Masters title in five years in a time of serious optimism in his tenth year as a professional. But he'll still check with Conor Moore to make sure he's not too busy.

That's why he doesn't forget his Clara GAA roots, why Offaly's struggles still hit him physically in the gut and why he's one of the most popular sportsmen in Ireland.

Through it all, he's still just the young lad running around with his da but now he just so happens to be doing that around the biggest competitions in the world.

Through it all, he's still just one of a set of brothers trying to do the Lowry name justice.

"Neither of us played with Offaly so we didn’t really live up to the name in that way... but we lived up to it in other ways."

Lived up to it and then some.


popular
"The economy was one of the big reasons" - Cadogan's move from an electrician to personal training
Eamon McGee just couldn't help himself with Armagh-melee tweet
Kylian Mbappe reportedly wants PSG to sell Neymar
QUIZ: Can you name these 50 Premier League players from the 2010s?
Strongest Ireland team to face New Zealand in Test opener, after squad set-back
Robert Finnerty's strut up to the penalty spot was the stuff of legend
"If he can channel it in the right way, he'll go right to the top of the game" - the brilliance of Rian O'Neill
You may also like
1 month ago
Shane Lowry makes commendable majors record but one hole tripped him up
1 month ago
No need for Sky Sports to apologise as Shane Lowry stays in PGA mix
2 months ago
Shane Lowry sunk by par-3 blues as he lets PGA Tour title slip away
2 months ago
Shane Lowry gets rough TV deal as he charges into RBC Heritage contention
2 months ago
Rory McIlroy gives us all reason to believe again with stunning Masters run
2 months ago
Shane Lowry's Masters challenge ends in a rush on horror Par 3
Next Page