Rory McIlroy reveals what disappointed him most about his Masters performance

He just couldn't get it going on the Sunday.

For Rory McIlroy, it was another mixed week at The Masters. The Northern Irishman, having played some beautiful golf around Augusta to put himself in a great position after three rounds, faltered on the final day as Patrick Reed clinched the Green Jacket.

Paired in the final group with Reed, McIlroy's 74 reflected a thoroughly frustrating day for the four-time major winner as he once again came up short in his quest for the career Grand Slam.

END_OF_DOCUMENT_TOKEN_TO_BE_REPLACED

Having had two weeks to reflect on his performance, though, the 28-year-old is remaining upbeat as the golf season moves into its traditional busy summer schedule, with three more majors to contest in the next four months.

"It's been nearly a couple of weeks now," McIlroy told CNN, "and I've reflected on it and I view it as a very positive week. It's something to build on for the rest of the season. It didn't happen for me there but I feel with how my game is, and if I play the way I have been playing, it could happen for me another time this year."

It's easy to forget sometimes that McIlroy has time on his side and, while he hasn't been able to conquer Augusta yet, he remains confident that one day he will slip into the Green Jacket and join golf's most exclusive club: those who have won all four majors at least once.

"I play that golf course well enough, I've five top 10s in a row. I've given myself the chance, it didn't quite work out but the more I keep putting myself in those positions, sooner or later it is going to happen for me." 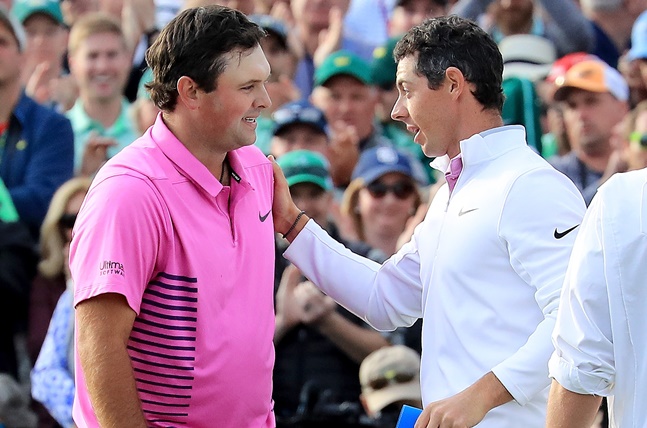 McIlroy revealed that he wasn't disappointed in not being able to win, but was frustrated that he was unable to feature going down the stretch, having shot his way out of contention as Reed held off spirited charges from Jordan Spieth and Rickie Fowler.

"It didn't quite happen for me but my game is in good enough shape. I believe I can go to the next three majors with a lot of confidence in my game knowing that hopefully I'll have another three chances to get another major this year."


popular
"Johnno went, 'We’re not moving! You're trying to mess us about!'" - Ben Kay recalls red carpet controversy
"Some of the generals wanted me executed" - Irish rugby legend on flag caper that went wrong
Tommy Fury spotted having the time of his life at student night out
Garry Ringrose challenges "pretty ridiculous" changing conditions for women's players
Peter Keane's future as Kerry manager in doubt after strange statement
GAA make retrospective decisions on John Small and James McCarthy incidents
No Simon Zebo or John Cooney as Ireland gather 50 players for one-day camp
You may also like
2 months ago
Rory McIlroy recovers from a hard place to keep US Open dream alive
4 months ago
Rory McIlroy on why he nearly pulled out of Quail Hollow, on Wednesday
5 months ago
Rory McIlroy hits father with wayward shot, on way to opening 76
5 months ago
How a trip to Tiger Woods' trophy room taught Rory McIlroy what's what
6 months ago
"I need a spark, I need something and I just don't seem to have it" - Rory McIlroy
11 months ago
"My job at Sky is not to be a cheerleader for Rory McIlroy" - Paul McGinley
Next Page