Rory McIlroy rarely shies away from a question, but he has taken some more proactive steps in recent years.

The Co. Down native, and current world number one, was the voice of reason when golf officials opted to cancel the Players Championship, at Sawgrass, and a number of other upcoming events, including the 2020 Masters.

END_OF_DOCUMENT_TOKEN_TO_BE_REPLACED

As medical experts and governments across the world offer new guidelines to deal with the Covid-19 (Coronavirus) pandemic, the US PGA tried to limit the number of fans at The Players' until sense prevailed. The United States is now in a 'State of Emergency' and all major sporting leagues opted to suspend action.

While other leading golfers have opted to play it safe and say they are doing whatever they are told, McIlroy has not been afraid to step up and represent his fellow pros. 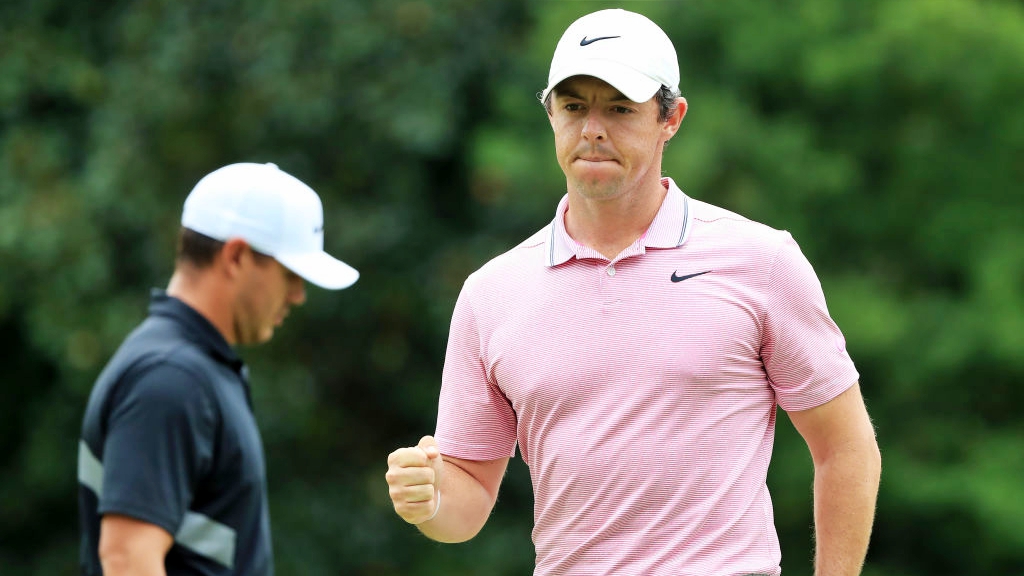 On Thursday, the day before the call was made to cancel the event [golf's 'Fifth Major'], the well-informed McIlroy told reporters:

"You look at the trends and you look at everything that's happening across the rest of the world, it's in its infancy here in the United States. It's going to get worse before it gets better.

"I think it's a hard one because you look at volunteers out here and a lot of volunteers are in their 60s and 70s and retired, and you don't want someone that's got the virus that passes it on to them and then they're susceptible. For me, my mother's got respiratory issues and I certainly don't want to get something and pass it on to her and all of a sudden there's some sort of complication."

By bringing up the elderly volunteers that make so many of these big golf events in America run so smoothly, McIlroy was showing a lot of empathy and humanity. For a game as image-conscious as golf, those comments would have hit home. An enforced and very necessary holiday for golf's elite players.

END_OF_DOCUMENT_TOKEN_TO_BE_REPLACED

Asked when he would feel comfortable returning to a tour event, McIlroy said, "Whenever the powers that be say it's safe to do so. All you can do is, again, follow the guidelines... from the people that really know about this thing, and that's when I'd be comfortable is when they say it's okay to do so."

The 30-year-old's latest stint as golf's voice of reason came just days after he stepped up to personally dismiss plans for a Premier Golf League.

“I didn’t really like where the money was coming from either," McIlroy told The Golf Channel, "and I wanted to be the first one to speak out against it, and I’m glad that I have."

Golf's number one and the man leading the charge with it comes to common sense and understanding.

One hopes he gets a chance to add to his Majors tally whenever golf gets back into its regular swing of things.


popular
Rob Kearney taught a classic GAA lesson when he tried to have the craic in second game back
Shane Lowry had no problem setting reporters straight at Ryder Cup briefing
The scenes in Newbridge as the biggest hit and hope ever knocks Moorefield out
How one text message a teammate sent Kieran McGeary proves that Tyrone's success was a team effort
Kieran McGeary on his relationship with Mickey Harte and his role in Tyrone's success this year
"Mayo have been back and back and back all the time. That's some resilience, to do that." - McGeary bats for Mayo
When Liam Brady lit into Brian Clough for his dismissive Mick McCarthy comments
You may also like
4 months ago
Rory McIlroy on why he nearly pulled out of Quail Hollow, on Wednesday
5 months ago
Rory McIlroy hits father with wayward shot, on way to opening 76
5 months ago
How a trip to Tiger Woods' trophy room taught Rory McIlroy what's what
6 months ago
"I need a spark, I need something and I just don't seem to have it" - Rory McIlroy
11 months ago
"My job at Sky is not to be a cheerleader for Rory McIlroy" - Paul McGinley
1 year ago
"He's found a way to do it. Whether that's good or bad for the game, I don't know"
Next Page