Westmeath rule the roost on the very first Tailteann Cup Team of the Year with six of their players honoured.

The champions are closely followed by beaten finalists Cavan, who have four players on the team while semi-finalists Sligo are next best with three award-winners. Offaly and Leitrim men complete the team with Anton Sullivan and Keith Beirne their sole representatives.

The tough calls have to be made and Cavan trio Raymond Galligan, Padraig Faulkner and Paddy Lynch can count themselves unlucky.

END_OF_DOCUMENT_TOKEN_TO_BE_REPLACED

Galligan didn't put a foot wrong all year, kicking 0-9 from placed balls and drilling kick-outs with military precision but to be fair, Sligo's Aidan Devaney was just as impressive. He saved a penalty against London as well as two more in the shoot-out against Leitrim and it was these moments, you'd have to imagine, that tipped the scales in his favour.

Faulkner, as we've come to expect, was a rock in defence for Mickey Graham's team, he also chipped in with a goal against Fermanagh and there can't have been too much between himself, Evan Lyons and Jack Smith for those corner back spots.

Paddy Lynch, meanwhile, was one of their leading lights in attack all year, hitting 0-11 in their campaign including three in the final. It's a toss-up really, between himself and Keith Beirne.

Westmeath's Ray Connellan also had an impressive year, but midfield was very competitive and it's hard to make arguments against either Sam McCartan or Sean Carrabine, the latter of whom had a tremendous year for Sligo.

The awards will be presented this Friday evening in the Croke Park Hogan Suite in a black-tie ceremony streamed live on GAA.ie from 7.00.

Tailteann Cup Team of the Year 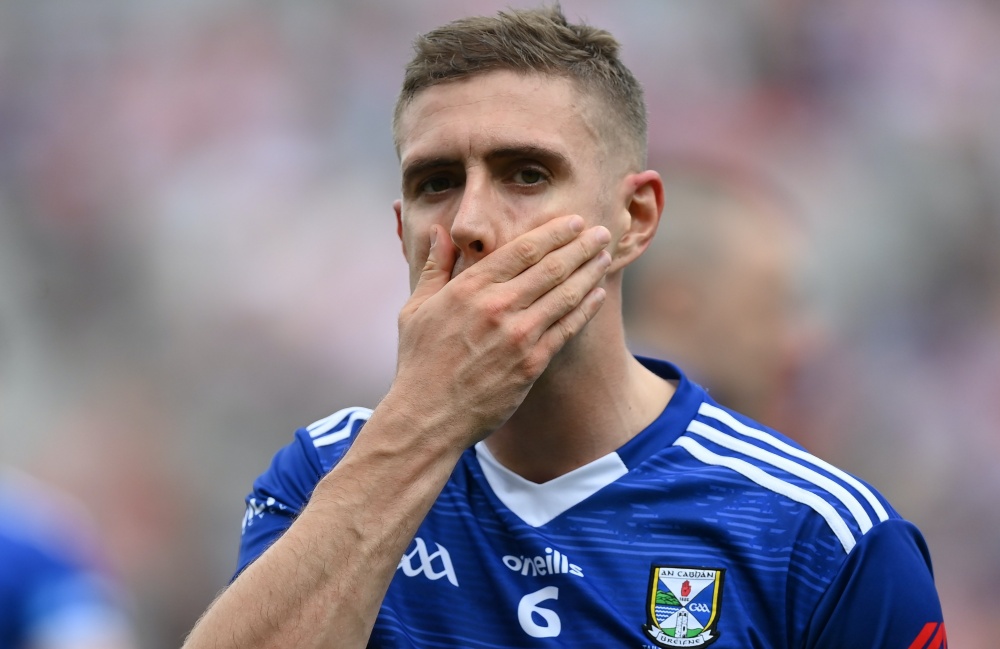 9 July 2022; A dejected Killian Clarke of Cavan after the Tailteann Cup Final match between Cavan and Westmeath at Croke Park in Dublin. Photo by Stephen McCarthy/Sportsfile


popular
Sean Dyche set to be named Everton manager after Marcelo Bielsa talks break down
Roy Keane flatly rejects longstanding perception of ex-Man United midfielder Paul Ince
Allianz National Football League Round 1: All the action and talking points
Roy Keane leaves ITV pundits in stitches after Pep Guardiola's pre-match interview
Conor McGregor hit by car ‘at full speed’ while cycling
Quiz: Identify these 15 football clubs that are not named after a place
"I don't like to fill my time that way" - O'Hora going his own way in an era of obsessives and covering all bases
You may also like
3 months ago
"We've been waiting for this day to come" - Mitchell gets over hurling disappointment with match-winning goal in football final
3 months ago
GAA JOE Team of the weekend
4 months ago
Doyle bridges the gap for Westmeath as Limerick eye another big All-Star total
6 months ago
'They're not forgotten' - Kieran Martin hailed for Westmeath heroics after death of clubmate
7 months ago
New York coming to Tullamore in exciting Tailteann Cup quarter final draw
10 months ago
"You know how challenging it is, mentally and physically" - Dillon back after four serious injuries
Next Page