Dublin manager Dessie Farrell was obviously disheartened at watching his side suffer their first championship defeat since 2014.

After replacing Jim Gavin in 2020, Farrell successfully led The Blues to their sixth All-Ireland title in a row last year.

However, after losing to Mayo in extra time yesterday evening, the Dubs long and dominant run, has come to an end.

Farrell gives an honest review as to what went wrong yesterday.

"You would like to be coming to this stage of competition with more momentum, the team performance better than it was.

“We showed really good glimpses sometimes in matches. First half was really good at times, second half not so.

“It’s hard to identify, it revolves around the lack of consistency. 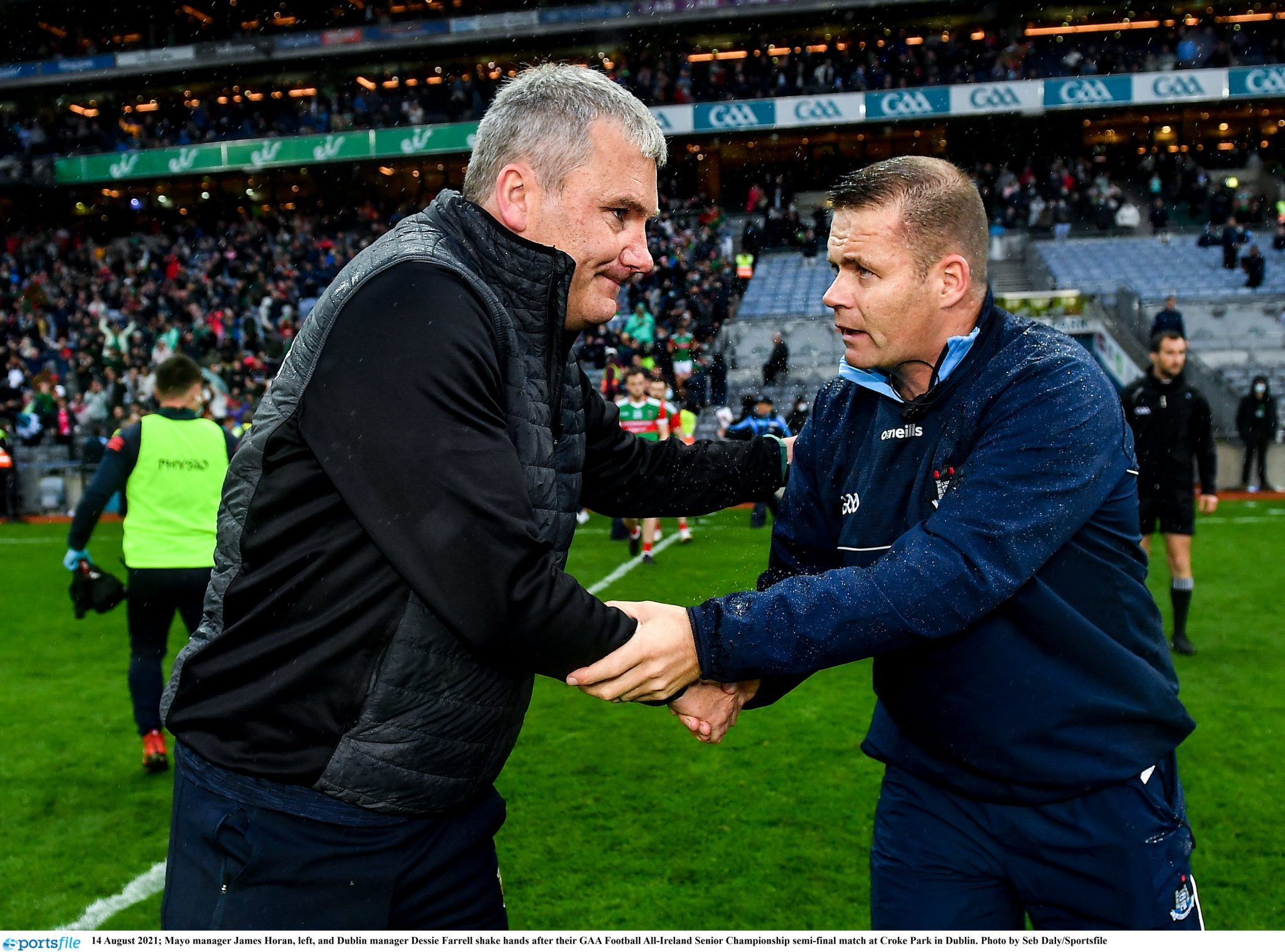 “What that group achieved has been tremendous. They managed to keep going back to the well, and it is not easy when you know the hours, the commitment behind it.

“A lot of people see them coming in on a Saturday or Sunday and don’t know how it takes over your life. For them to do it over the last five or six years has been incredible.

“I don’t know. We were rattled in the second half. After half-time we knew Mayo were going to come with a lot. We found it difficult to get out past their high press.

“We thought we could get a score or two and weather the storm, but we could never get that additional score. We found it very hard to disrupt their momentum and left a lot to do in extra-time.

END_OF_DOCUMENT_TOKEN_TO_BE_REPLACED

“I think we played so badly in the second half, we could make amends and address the situation. The black cards, a bit of fatigue in the system, and it was very hard for us to get the ball back.

“Black cards at any time makes it hard to get possession, but especially in extra-time. The card for Colm Basquel probably spelled the end.”


popular
World Cup 2022 Day 12: All the major action and talking points
France demand FIFA change result of World Cup defeat over 'rule break'
Cristiano Ronaldo 'agrees £173m-a-year deal' with Saudi club
Damien Duff makes 'brutally honest' England World Cup prediction after Wales win
"Nowadays, even if I don't hit a ball, I don't care as long as we win" - Gleeson learning from the past
Castleknock's Warnock the hero as Maynooth win first ever Ryan Cup final
Thibaut Courtois warns teammates after leaks emerge from Belgium camp
You may also like
3 weeks ago
Munster, Connacht and Ulster GAA clashes stack your TV guide this weekend
3 weeks ago
Jamie Clarke takes sabbatical from soccer to commit to Crossmaglen
4 weeks ago
Paul Finlay reveals secret to high performance in your late 30s
1 month ago
The one moment that shows why David Clifford is the best player around
1 month ago
Quiz: Can you name these intercounty GAA teams from their nickname?
1 month ago
The five most unlucky players to miss out on an All-Star
Next Page