"That was an unacceptable performance. The problem is, it’s too f*cking late now"

A tough one to take for the Dublin hurlers.

Bookmakers were quoting their odds against Tipperary, people were already talking about the All-Ireland quarter final. Everything was rosy in the camp after that famous win over Galway, this was supposed to be their breakthrough year.

The problem of course was that a couple of Dublin hurlers appeared to read into the script. They were slow to get going in this preliminary quarter final in O'Moore Park. Second to the breaks and outfought when they got there, it's hard to change things when the opposition have a run on you.

Laois on the other hand, were having none of that script. Men like Jack Kelly, Ryan Mullaney and Willie Dunphy were first to the breaks. Those in sky blue jerseys were left in the vapours. 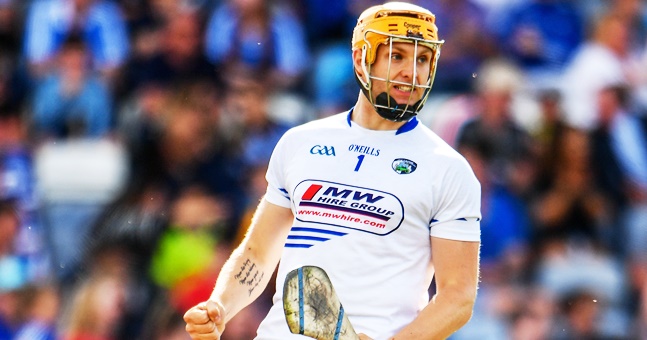 Enda Rowland knew they were going over from the minute they left his hurl. His 51st and 52nd poin...

Various moments throughout the game summed it up such as Sean Moran being rounded by Willie Dunphy. That wouldn't usually happen. Conal Keaney's wides, Paddy Smyth's throw and Paddy Purcell's point with nobody chasing him. This Dublin team pride themselves on work-rate and on intensity and it just didn't appear to be at their normal levels this time around.

Afterwards, manager Mattie Kenny reflected on what was a very disappointing day for his group.

“We started slowly and allowed them get a grip of the game early in the first half. When they got a foothold in the game, we found it difficult to get it back off them," he began. 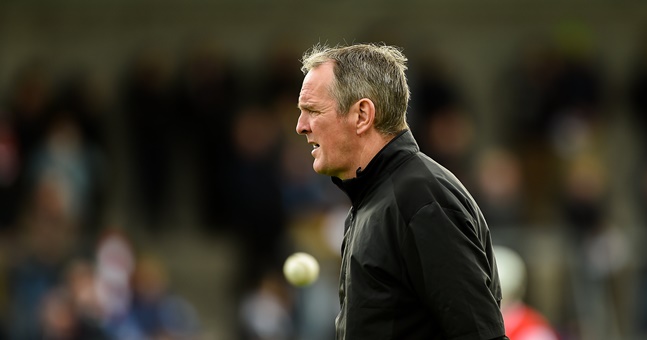 END_OF_DOCUMENT_TOKEN_TO_BE_REPLACED

“There’s an element of responsibility between the players and the management today. That was an unacceptable performance from our group. And we know that. The problem is, it’s too f*cking late now," he added.

The preparation went well, but sometimes Kenny hints, the outside voices can seep into the subliminal. When you hear something so much, sometimes you just have to listen.

“But sport is funny. You have to make sure that outside influences don’t seep into the guys’ minds. A lot of people were writing about 'Dublin playing Tipp’. That was being disrespectful to Laois, because Laois played really well in the Joe McDonagh and played really well again today.

“The best team won on the day. You’d be very disappointed with the Dublin performance. “Unfortunately the focus and the level of professionalism that we’d expect from ourselves wasn’t there today.”

No blame game, the Tynagh-Abbey-Duniry club man is meeting it head on.

“It’s a disappointing way to finish the season for us. Laois put up great fight there. They had great hunger. Dublin weren’t at the required level today. And we’ve nobody to blame for that only ourselves.”


popular
"Conor Murray was hung out to dry"
Kilkenny youngster pulls off the no-look hand-pass once more
"Ireland don't ever do anything different and that's the worry" - Mike Tindall
"If Murray is playing that first half for England, he's probably Man of the Match"
Tyson Fury reveals what happened when he sparred Anthony Joshua
Four features of Mason Greenwood's goal vs Watford that shows he is going to the very top
Jacob Stockdale and Johnny Sexton not spared by English press
You may also like
1 week ago
"At the end of it, you're just saying, 'thank God I didn't block that ball down'"
1 week ago
The GAA Hour | Football | Jonny Cooper interview and David Gough clarifies
1 week ago
"You're still trying to get your one-rep max higher, and your fitness higher"
4 weeks ago
Tipperary make statement of intent with battling draw against Dublin
1 month ago
"I was thinking, 'Oh my God, how am I supposed to play beside them?'"
1 month ago
Two giants rise above the fray
Next Page