He can be absolutely cold-blooded in the pursuit of success. But he's also the same man laying out cones for underage training sessions.

Eamon Fennell was a guest of The GAA Hour for a live show in Newbridge, ahead of the Leinster Senior Football Championship final. He told an interesting tale about Dublin boss Jim Gavin but that is only scratching the surface.

As the St Vincent's forward spoke about the dying of the light on his inter-county career, I went online and had it confirmed to me that he was only in his early 30s. There is some logic to it - as long as Jim Gavin is at Dublin and the production line keeps popping out the likes of Con O'Callaghan and Cormac Costello, Fennell will be a 'former Dublin footballer'.

One of the first calls Gavin made after taking over as Dublin boss, in late 2012, was to Fennell. He recalled:

"My thing with Jim is I was the first person he dropped when he got the job. It was a phone call saying 'Thanks for your time with Dublin' and that was it.

"2012 was probably one of my better years in that I started every game for Dublin. I had one of my best seasons, I thought anyway, and then I was hit with that. I suppose I was at a point, personally, where I didn't know where I wanted to go in my career. I was DJing, promoting, I had my own company, doing radio, so I was a bit all over the place and Jim doesn't like that.

"If I was in a back, 9 to 5, he probably would have been more happy. But I was a bit scattered in my personal life and I had a really bad club championship that year. I think that rectified Jim's call to drop me."

Fennell kept training hard and let the Dublin management team know he was sticking closely to their training schedules but no recall was forthcoming. He focused on his club career and helped Vincent's to an All-Ireland win in 2014 but tore his hamstring badly in that final.

Dublin went from strength to strength, trophy to trophy and Fennell was forced to watch on as a former player, and fan. 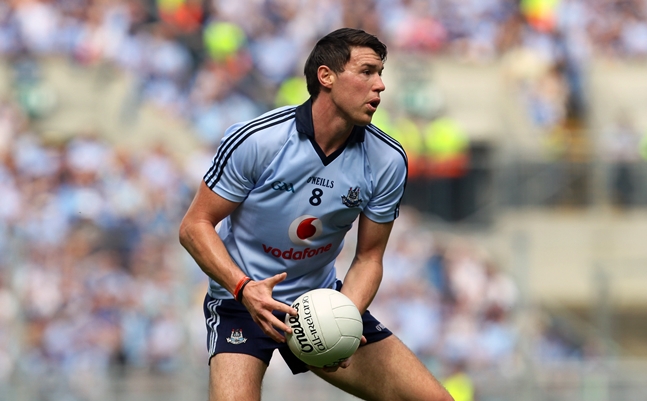 END_OF_DOCUMENT_TOKEN_TO_BE_REPLACED

That ruthless, focused Gavin is the one that many of us readily associate with him. At the heart of it all though, there is a man that will do anything for Dublin and who gives up a lot of his time for the game.

Former Galway footballer Pádraic Joyce recalled a talk he recently attended where Gavin spoke extremely well before heading back to his own club that evening. Joyce told The GAA Hour:

"Look at Jack McCaffrey heading off for a year. If that happened in any other county - the Footballer of the Year heading away - there would be uproar. But he was let go and the wasn't rushed back into the squad this year when he came back either. He was eased into the league games and he is absolutely flying at the moment...

"It's solely down to Jim Gavin. You can't praise the guy enough. I did a thing there for Clane GAA lately and Jim was guest of honour, and he spoke really, really well.

"I'll disagree with those that say he's boring. Most managers can't go out and say they are headcases on the radio, or any of that sort of stuff. They have to have some sort of moderation. He's a really intelligent fella.

"He left that function, that day, at 6:30 and he was heading up to train the Under-10s at Clondalkin [Round Towers]. That's the sort of man he is - a real GAA man."

Gavin has a clear love for the game and an absolute desire to see Dublin thrive at the highest form of the game.

We don't see that side of Gavin too much on our TV screens or hear it on radio stations, or podcasts, but many people in the game are well aware of his passion and commitment.

popular
The SportsJOE 12 o'clock quiz | Day 113
"Never back against the Irish" - How the BBC covered our USA 94 win over Italy
Jack Charlton's role in getting Roy Keane to Manchester United has been revealed
Roy Keane on the experience of being managed by Jack Charlton at USA 94
Can you name every English football league club that begins with 'S'?
QUIZ: Can you name the first professional teams of these footballers?
Max Holloway's class gesture after controversial UFC 251 loss transcends the sport
You may also like
1 month ago
Seven-time All-Star Goldrick using time off to strengthen and improve
3 months ago
No fear of McCarthy losing a lifetime of fitness
3 months ago
"Sometimes sport can overwhelm you, it was time for him to take a deep breath"
3 months ago
Dublin hurler Mick Carton back on the mend after winning another battle
3 months ago
"I'd spent hours and hours honing my left foot with my dad when we were young"
3 months ago
April club month a goner as virus threat causes longer delays
Next Page