One is a former Tyrone star while the other played in this year's u20 team.

Two forwards, who went head to head today in the Tyrone senior club championship, lit up the place in a compelling game that also gave the county team some hope for next season.

Clonoe beat Donaghmore 1-09 to 0-10 in a thrilling quarter-final that had just about everything football could throw at you.

Former inter-county star Connor McAliskey led the line for Clonoe, and had been on firing form coming into this match, kicking seven points in his last outing, to then get on the scoresheet early in this game. 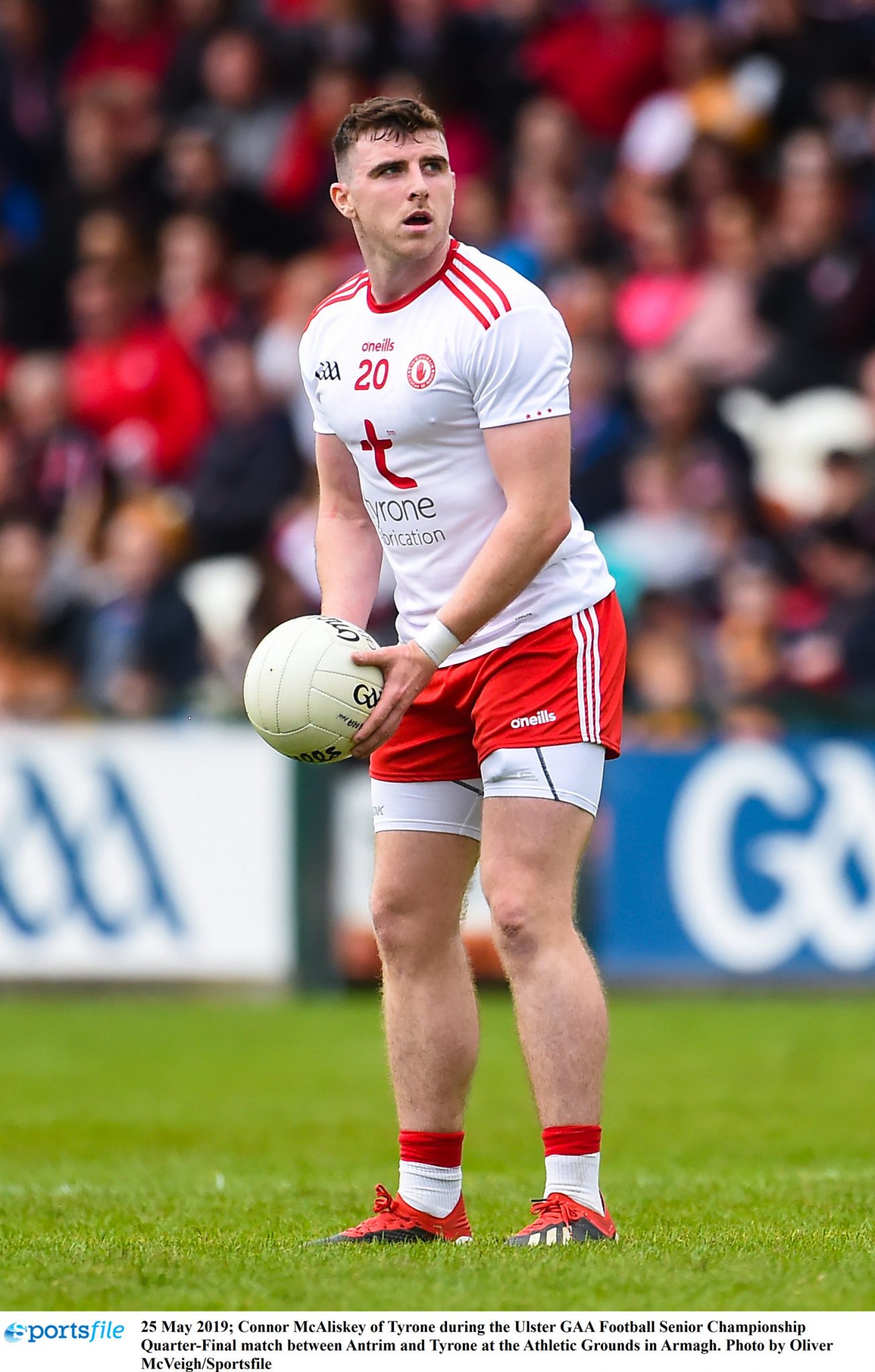 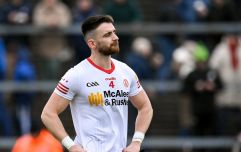 END_OF_DOCUMENT_TOKEN_TO_BE_REPLACED

However, he was well contained for the rest of the half and a black card 30 minutes in curtailed his impact on this part of the match.

With his side already a man down following Jerome McClure's straight red card, McAliskey returned to the fray in defiant form and took the game by the scruff of the neck.

Despite the numerical disadvantage and the fact they were trailing, the flying forward pulled the strings from the second he returned to the pitch. 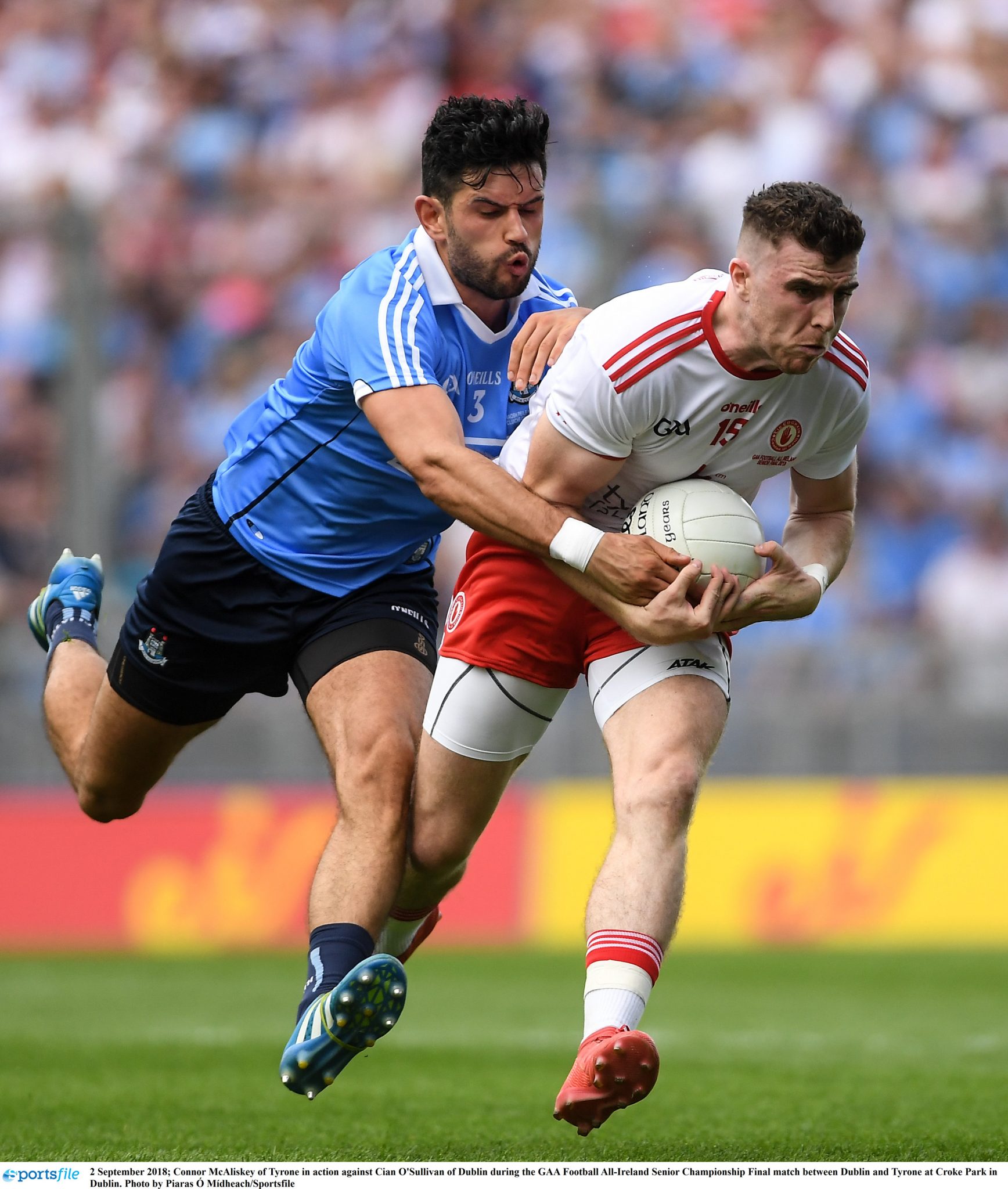 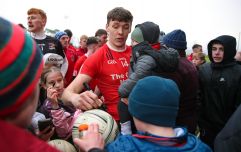 END_OF_DOCUMENT_TOKEN_TO_BE_REPLACED

After kicking some vital frees and another point from play, it was his link -up play that was most impressive, utilising some lovely kick passes that resulted in crucial scores.

When substitute Danny McClure got the only goal of the game, Clonoe went in front and managed to hold on in time to secure an incredible victory against the odds.

The first man back when they didn't have possession was McAliskey, as he worked his socks off to ensure that his club would make the semi-final stages. 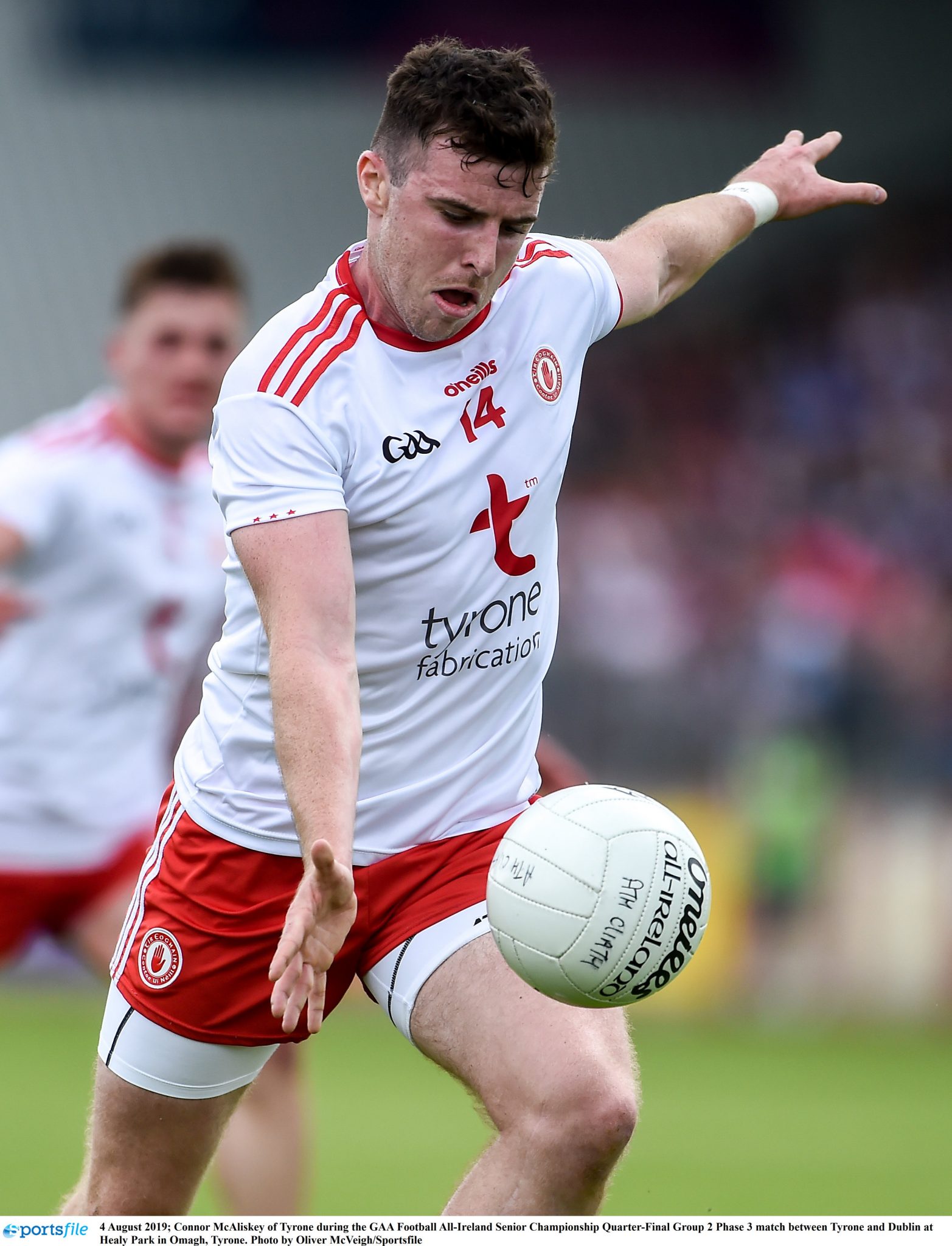 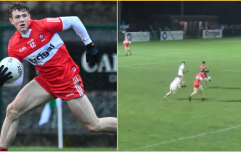 END_OF_DOCUMENT_TOKEN_TO_BE_REPLACED

Even on the days when the game doesn't really open up for you and you're not kicking scores for fun, the ex-Tyrone man proved that a forward's impact on a match shouldn't only be limited to points.

The former county star left the Tyrone panel before the league finished last year, due to a lack of game time under the new managers Brian Dooher and Feargal Logan.

However, with his very particular skillset, and the fact that Tyrone have lost many other forwards since then, including Ronan O'Neill, Mark Bradley, Lee Brennan and now potentially Conor McKenna, the Clonoe man might find his way back into the team yet. 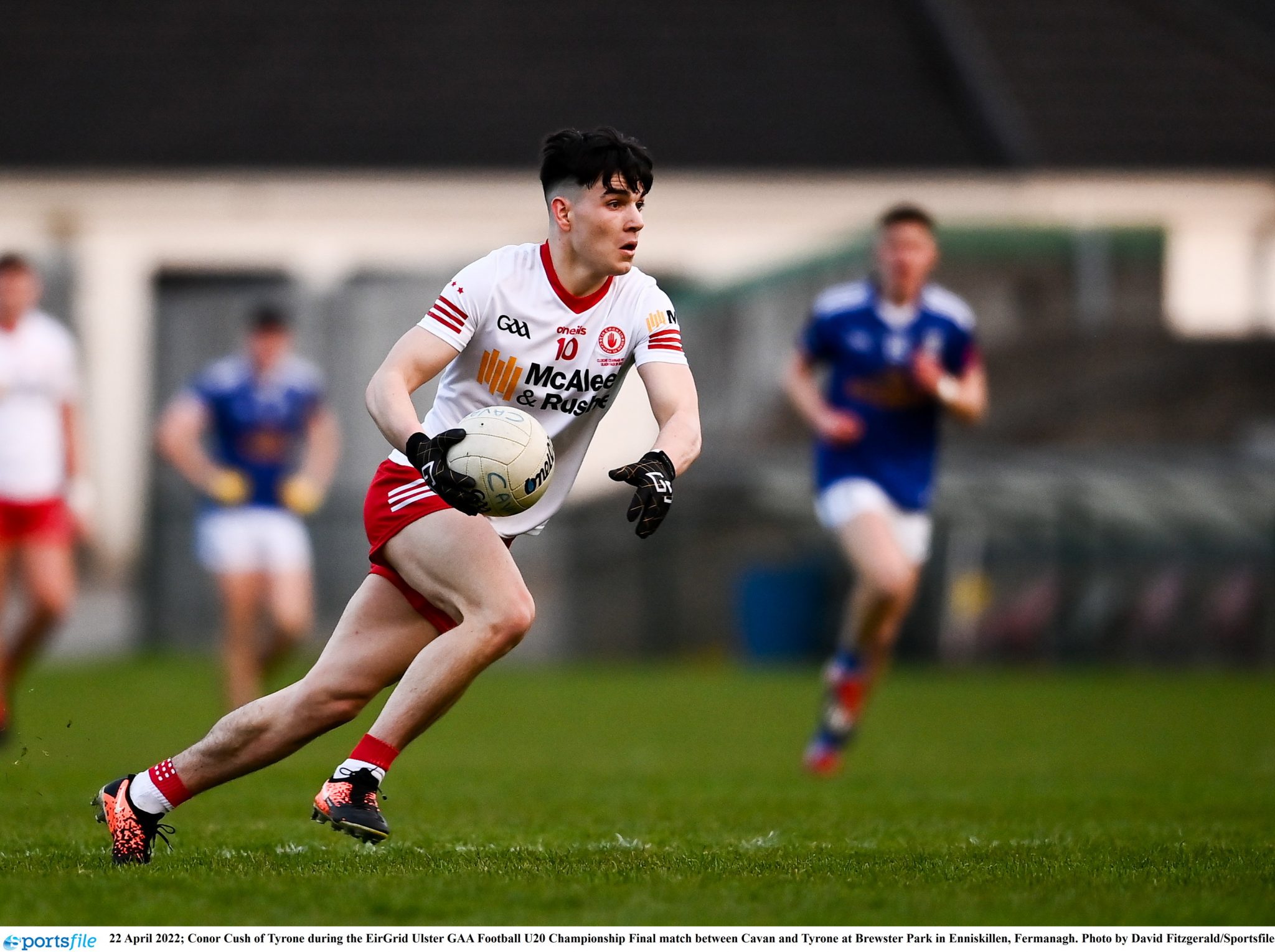 Another promising performance from a Tyrone perspective was that of Conor Cush, the Donaghmore corner forward was in devastating form today.

Son of former Tyrone star Adrian Cush, and a key member of the u20 team that secured this year's All-Ireland title, the young sharp shooter was leading the line today with great maturity.

Not only did he kick five wonderful points, but his speed, power and ability to win the ball out in front made him a real handful for Clonoe to deal with. 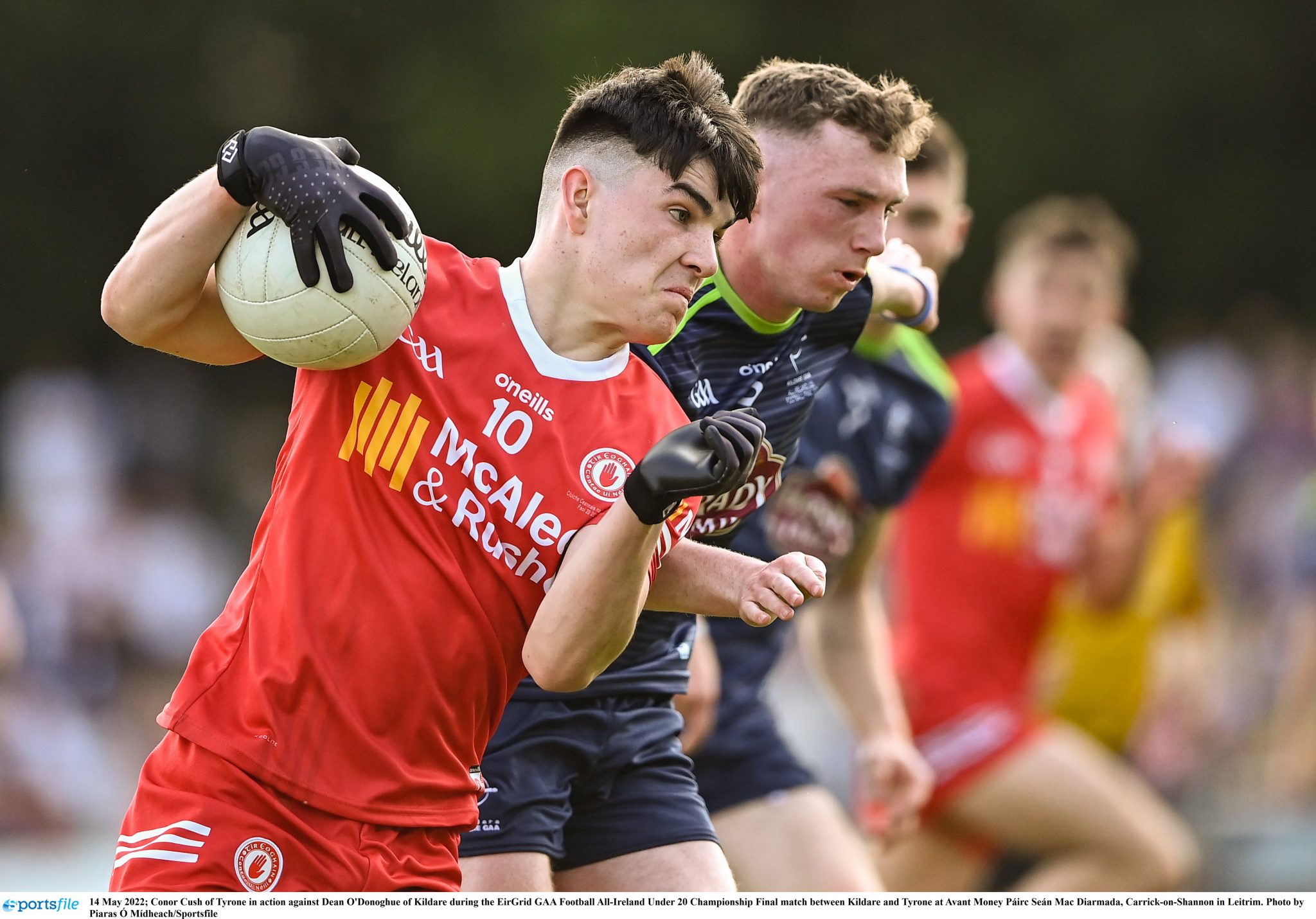 Man-marked by Jerome McClure, the silky scorer was winning the battle comfortably early on, and such was the frustration of his marker, an incident of over zealous-behaviour resulted in the defender receiving a straight red card.

Late on in the game, Cush made a fantastic fetch, rising up above everyone, and attacked the space which opened up in front of him until the referee, rather prematurely, pulled it back for a free in his favour.

Both McAliskey and Cush are in different stages of their careers, but with Tyrone looking to bolster a squad that had so many leaks and gaps last season, these are two lads who could be in contention.


popular
Ireland vs Wales: All the big talking points, moments and player ratings
Peter O'Mahony reaction to Liam Williams scuffle shows he may finally be mellowing
Patrick Horgan addresses infamous Kieran Kingston interview after Cork beat Limerick
Matt Williams tears into media for "rubbish" written about Ross Byrne
"You know why" - Jurgen Klopp refuses to speak to Athletic journalist at press conference
Conor McGregor offers solution to Croke Park fiasco that should suit all parties
Allianz National League Round 2: All the action and talking points
You may also like
2 weeks ago
Tyrone's problems remain as Derry ease past them in McKenna Cup final
2 months ago
Ulster football's critics forced to eat their words after insane game on TG4
2 months ago
Former Errigal Ciaran manager reveals what a young Peter Harte was like
3 months ago
Canavan brothers finish first and second in scoring charts as Errigal Ciaran win Tyrone championship
3 months ago
Errigal Ciaran's journey to Tyrone championship final is a story of fathers and sons
3 months ago
The late Damian Casey has been honoured with Hurler of the Year award
Next Page