No better feeling in the world.

There are few events in your life that can replicate the feeling of winning a senior county title with your club.

You will endure every emotion known to man on the actual day itself, but when that whistle goes and you realise that you have indeed gotten over the line, the delirium sets in.

END_OF_DOCUMENT_TOKEN_TO_BE_REPLACED

Photographers know that they have an opportunity to truly capture something raw, powerful and yet, still unique.

Every championship title win is a snowflake, completely different to the others, but every one of them create moments of magic, and over the weekend we've selected the five best photos snapped by SportsFile.

5. County final day: Some trophy lifts are better with a little help 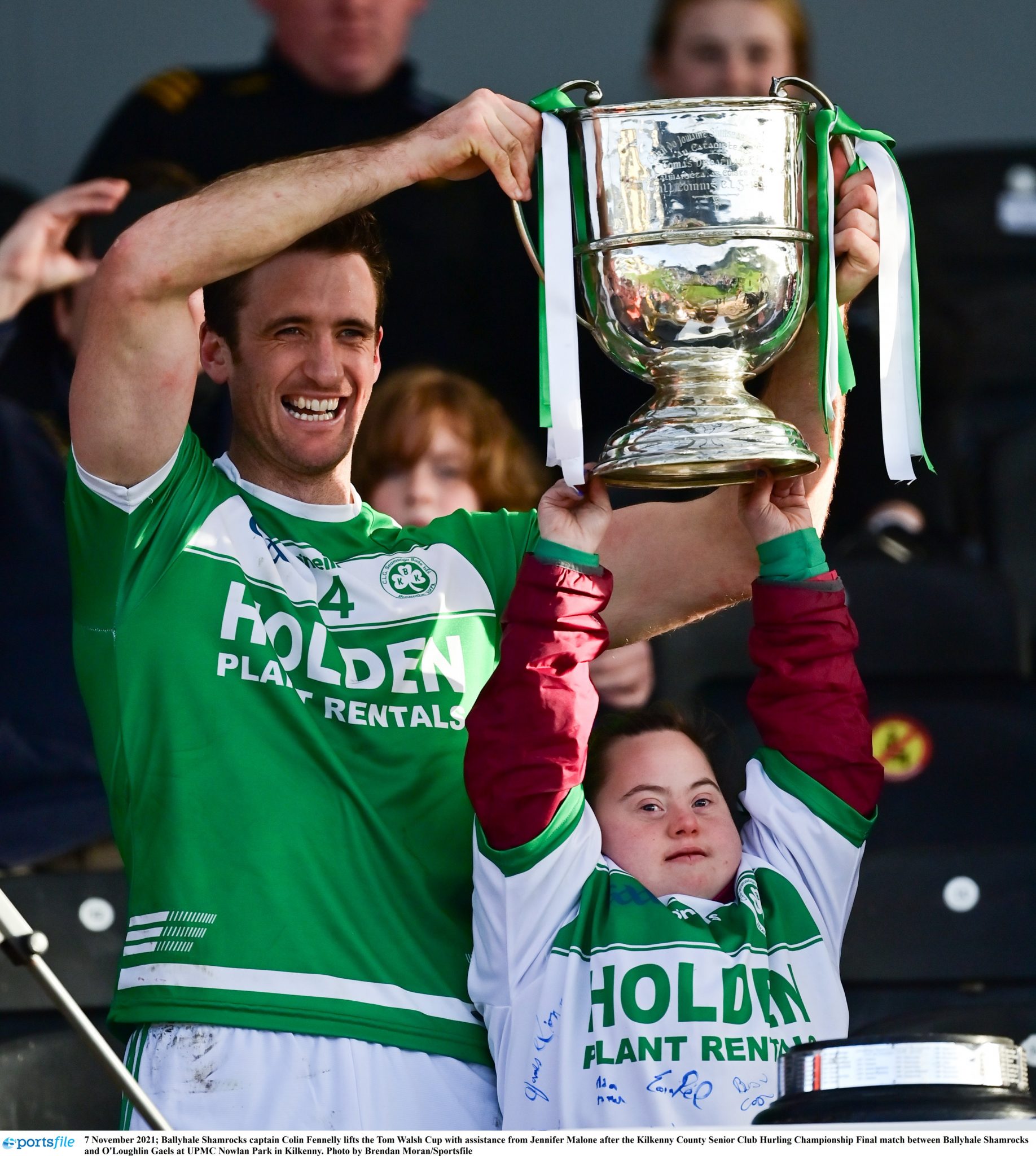 END_OF_DOCUMENT_TOKEN_TO_BE_REPLACED

Young Malone is clearly made for this job, with an excellent trophy-lift, and proudly wearing her club jersey with the players' signatures branded on it - a true Shamrocks fan. 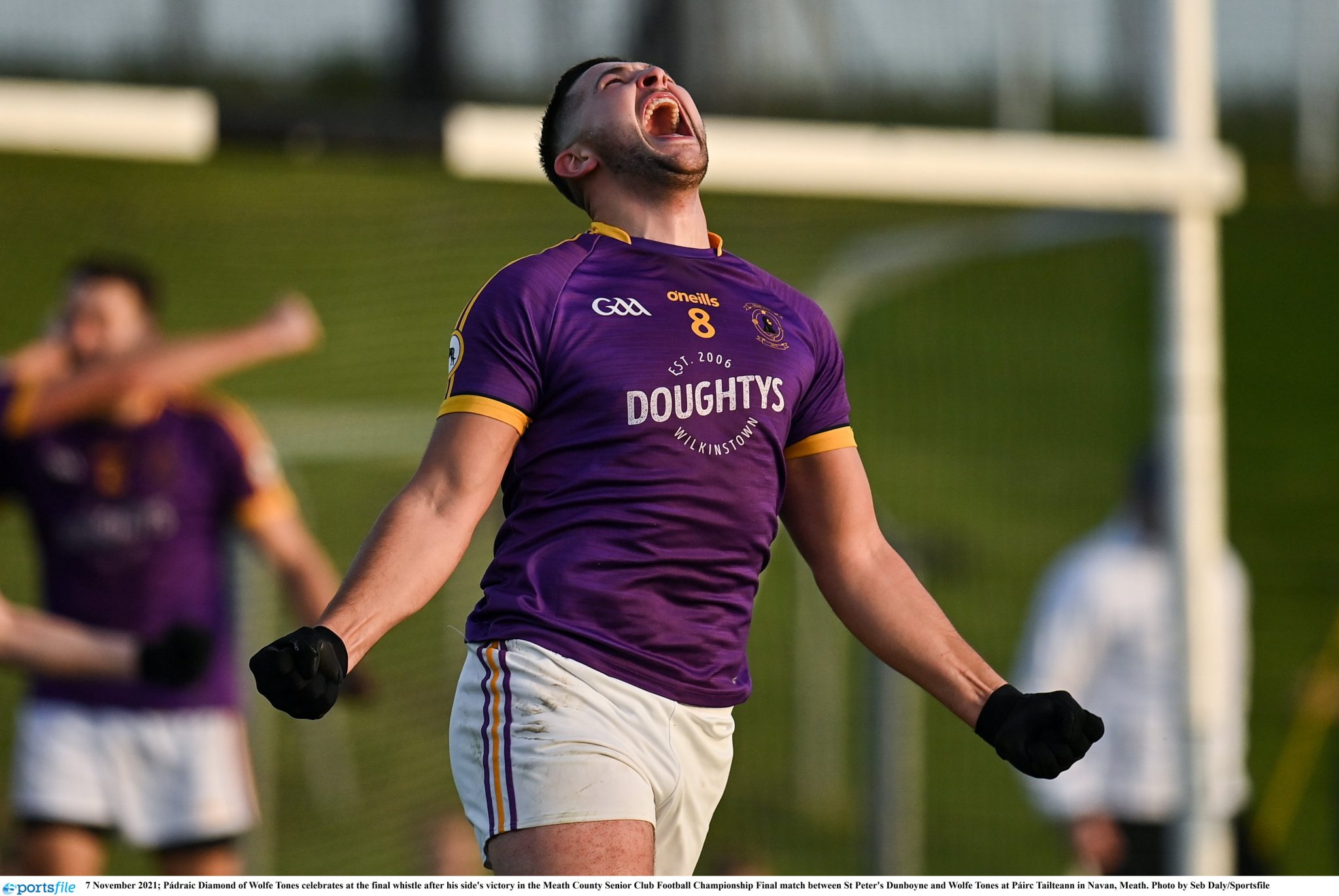 END_OF_DOCUMENT_TOKEN_TO_BE_REPLACED

Pádraic Diamond releases every ounce of relief, ecstasy and passion that he has in his arsenal, as the whistle blows in the Meath senior county football final, declaring the Wolf Tones as champions over their opponents St Peter's Dunboyne.

This has the sort of energy that can only be matched by a five-year-old belting out "Let It Go" from Frozen while riding the wave of a serious sugar rush. 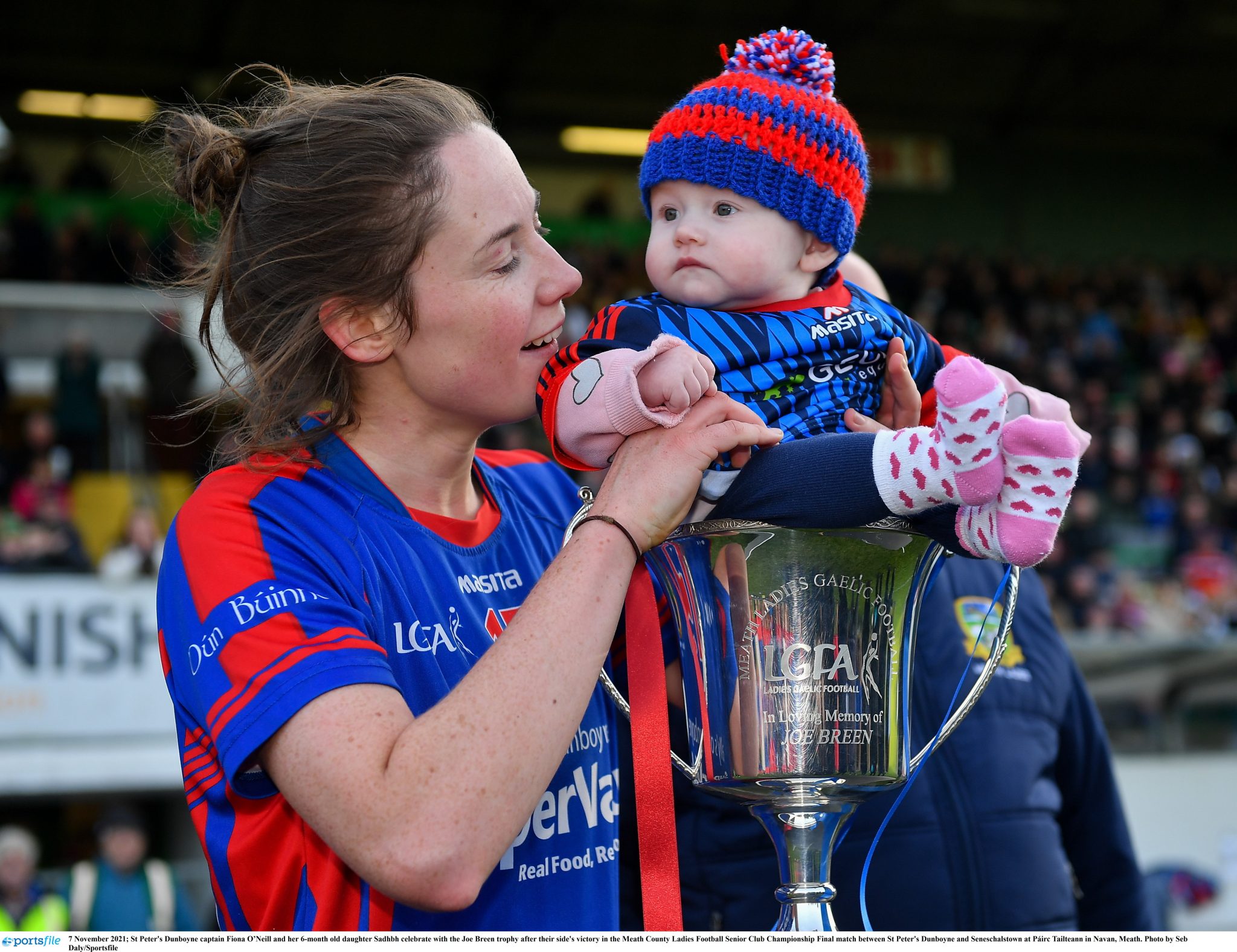 Snug as a bug. 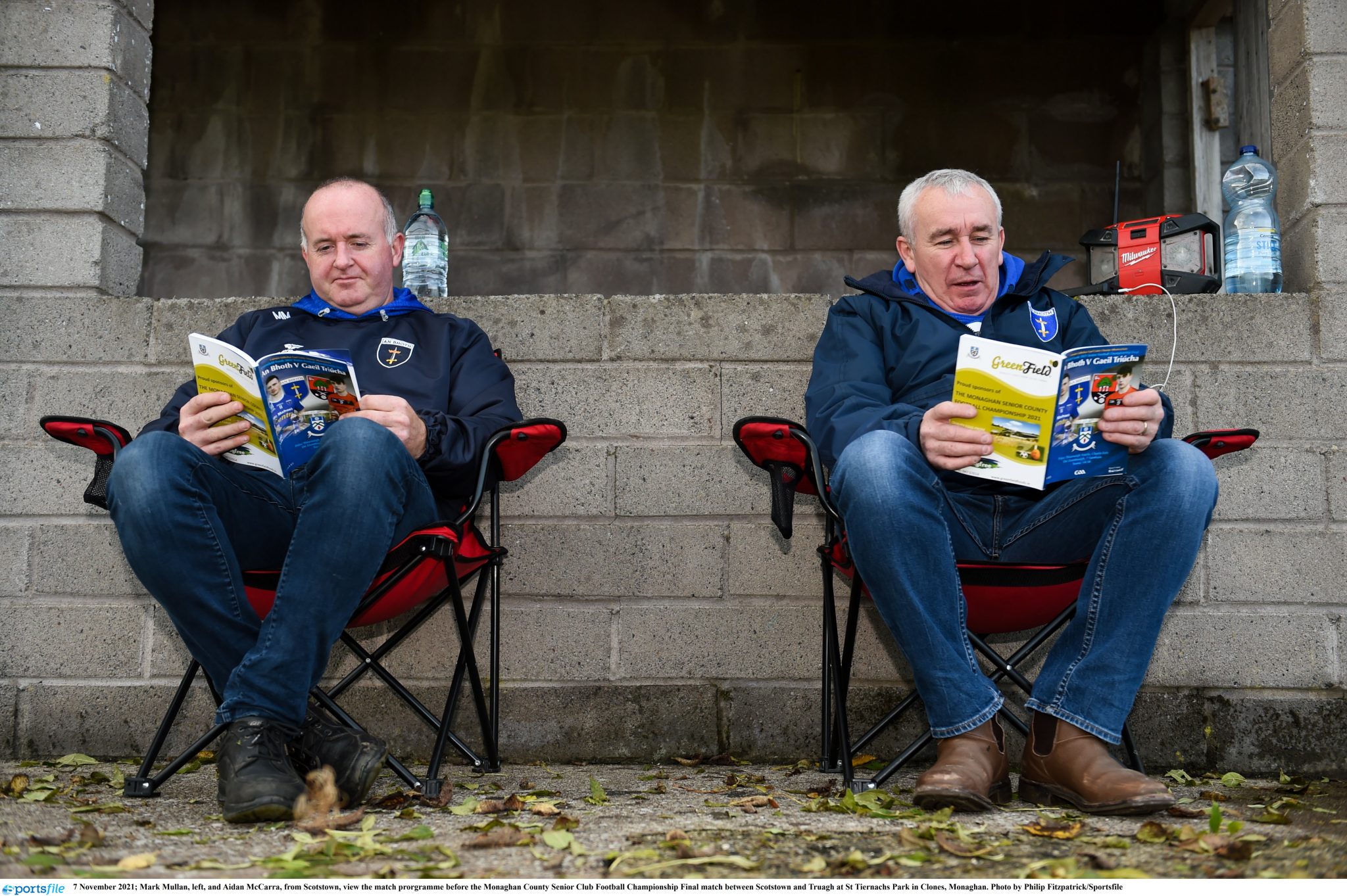 If I were to draw you two typical fellas who love the GAA, I could not do better than this.

Mark Mullan (left) and Aidan McCarra from Scotstown, view the match programme before the Monaghan county senior championship final between Scotstown and Truagh.

1. County final day: A picture can say a thousand words 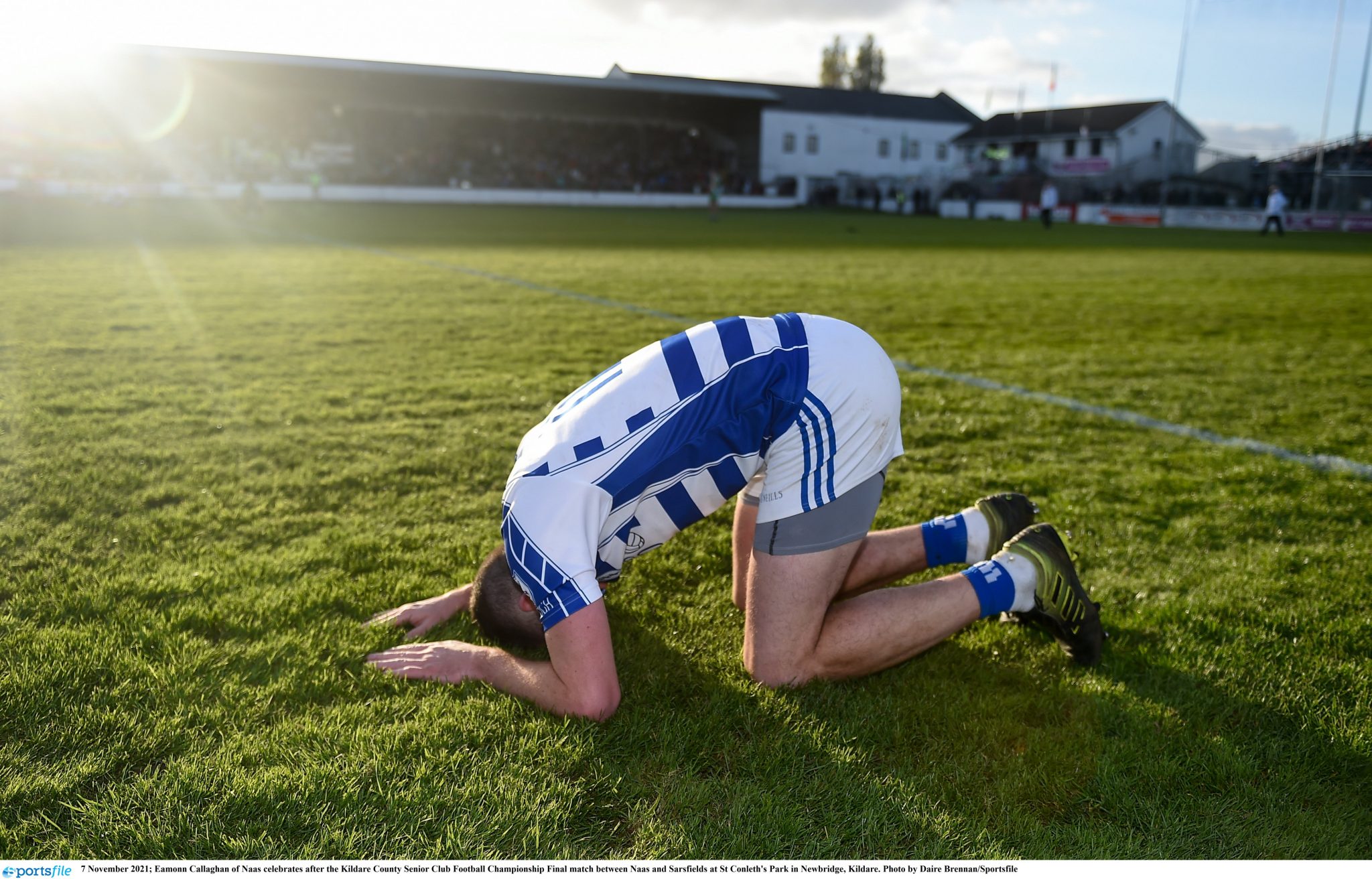 Club legend Eamonn Callaghan can't contain his emotions as Naas win their first senior championship in 31 years. The 38-year-old has been a stalwart of the club, and I'm sure there were times he maybe thought that they would never do it.

It's all the more impressive when you consider the fact that they haven't had a manager since the quarter-final.


popular
World Cup 2022 Day 10: All the major action and talking points
Iran demand action by FIFA after USA team change flag on social media
Canelo Alvarez duped by fake Lionel Messi Instagram post
"I have equal love for football and hurling" - Sheehy set for two Leinster finals in two hours
World Cup 2022 Day Nine: All the major action and talking points
"I appreciate Moycullen now more than ever" - Cooke's American lifestyle from a Moycullen base
For Ballyea, this journey all started out in a purple Toyota Corolla
You may also like
2 weeks ago
Munster, Connacht and Ulster GAA clashes stack your TV guide this weekend
3 weeks ago
Jamie Clarke takes sabbatical from soccer to commit to Crossmaglen
3 weeks ago
Paul Finlay reveals secret to high performance in your late 30s
4 weeks ago
The one moment that shows why David Clifford is the best player around
4 weeks ago
Quiz: Can you name these intercounty GAA teams from their nickname?
1 month ago
The five most unlucky players to miss out on an All-Star
Next Page