It's not too often you'll hear of a club winning a county title without having a manager on the line but Naas have managed just that. After surviving a late Sarsfields rally, the long-starved people of Naas could celebrate a first county championship in 31 years after their year of years drew to a wonderful conclusion in St Conleth's Park.

END_OF_DOCUMENT_TOKEN_TO_BE_REPLACED

The whole thing was up in the air a month ago when, just before their semi-final against Maynooth, Paul Kelly left his post and left this team without a manager. It was hardly ideal then but in tough times emerge tough people and up stepped senior players Eamonn Callaghan and Eoin Doyle to take on a role as joint managers of the team. As the boys played, club stalwart Cormac Kirwan took on a more hands-on role in making substitutions and other calls on match-day.

The pair multi-tasked to great effect in their semi-final, when they accounted for Maynooth easily and it was more of the same in Newbridge on Sunday. They may have been a long time without a senior title but a recent underage revival, one that has seen them win three minor titles in the last five years, has revived a sleeping giant and on Sunday it brought them to the promised land.

These gifted young players have no fear and they have drove the whole thing on, none-more-so than the highly rated Alex Beirne and Darragh Kirwan, both youngsters playing huge parts again today with 0-5 between them.

At the other end of his career, captain fantastic Eamonn Callaghan also played a pivotal role, scoring 0-2 in a typically composed performance. During the week, his neighbour and the club's P.R.O Liam McManus told us it would be a 'dream come through' for Callaghan to win his first county senior title.

"It would be a very emotional day on Sunday if we were to do it after 30 years away. It would be emotional for everyone, but none-more-so than Eamonn, after all he's given to our club," added McManus.

By 5.00, when the win was secured, with the celebrations in full-flow, with half of Naas out on the pitch, the captain must have been felt like he was in dreamland.

Seems like half of Naas is out on the pitch. Champions for first time in 31 years. pic.twitter.com/XiJ0GCSLAz 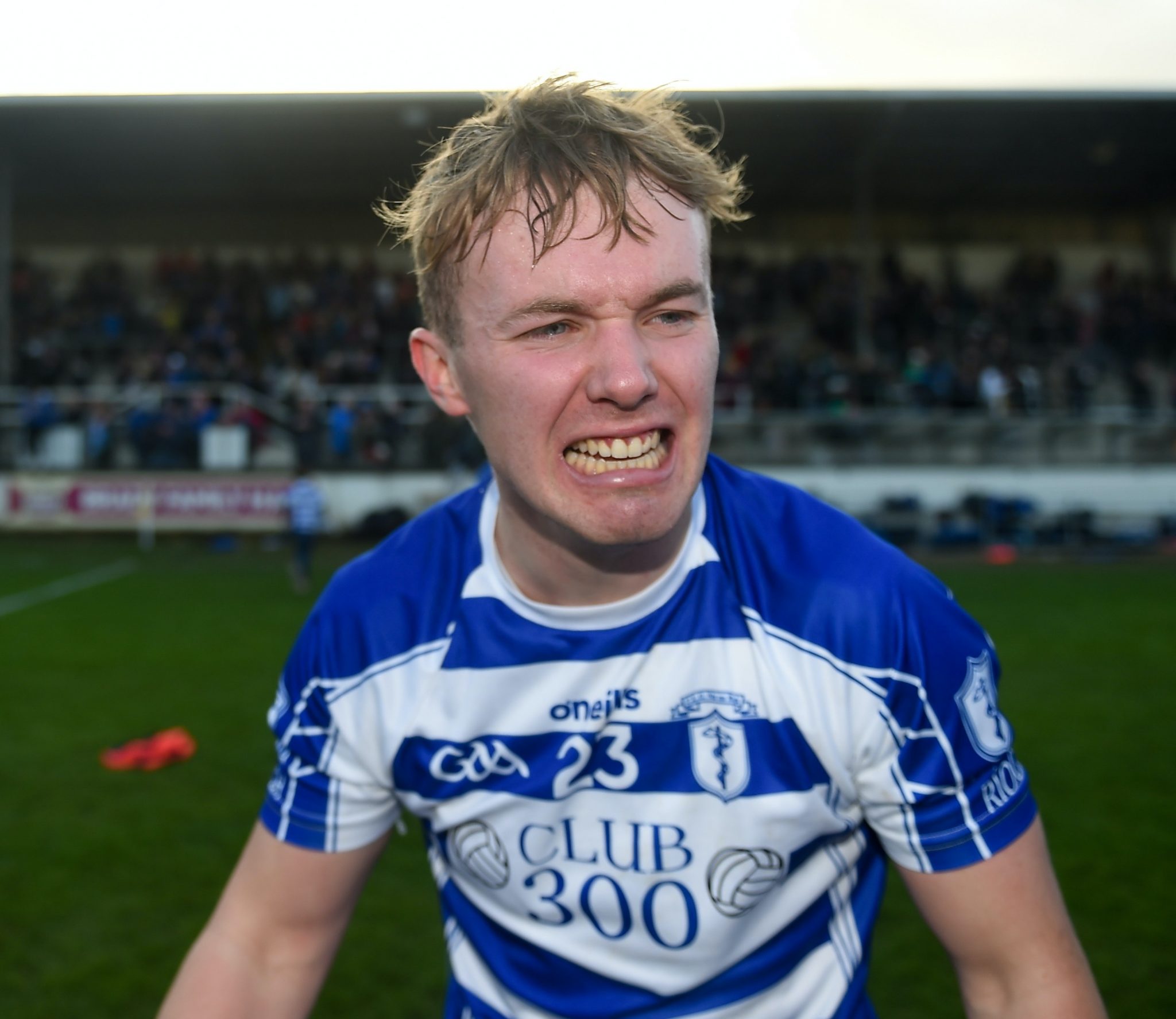 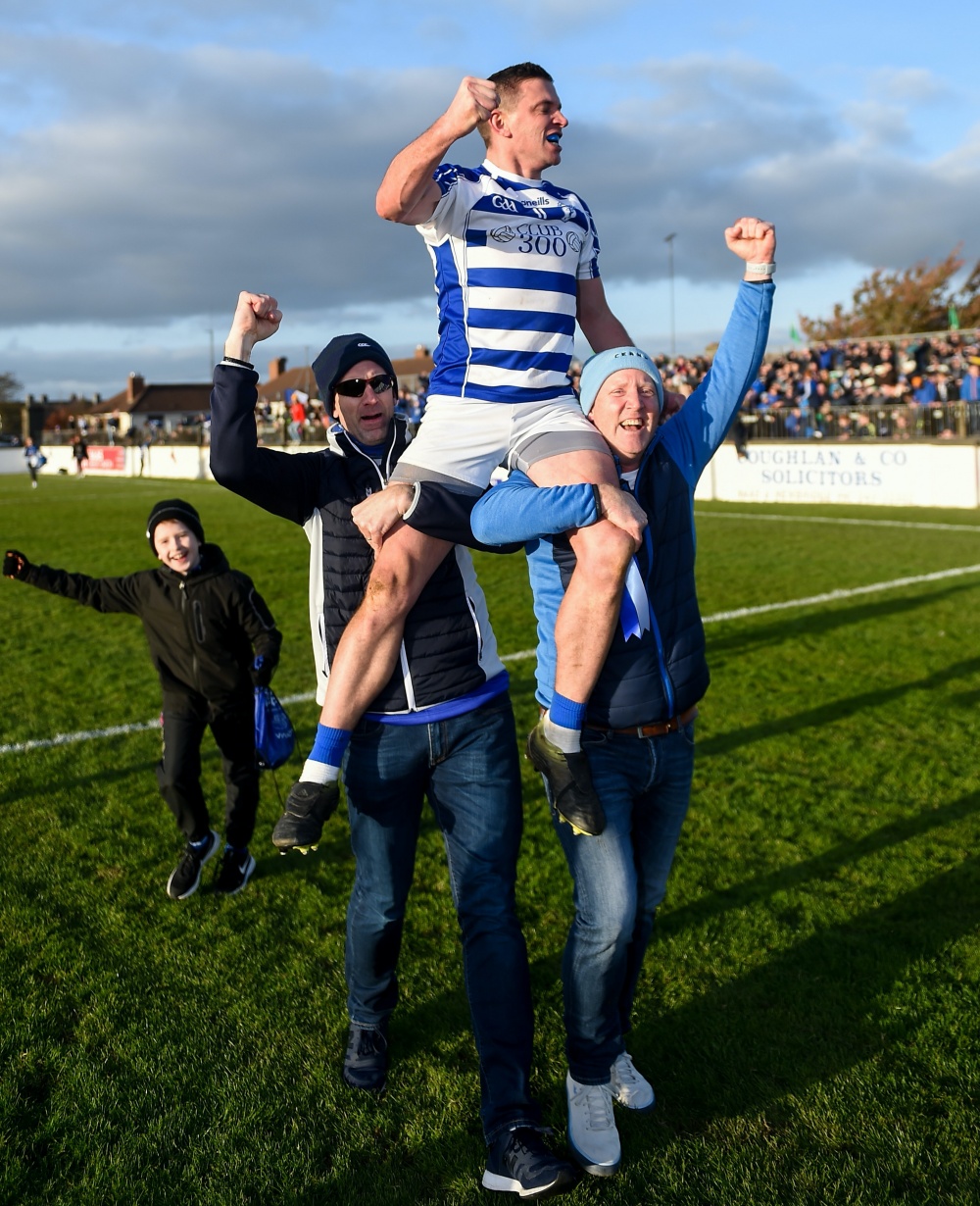 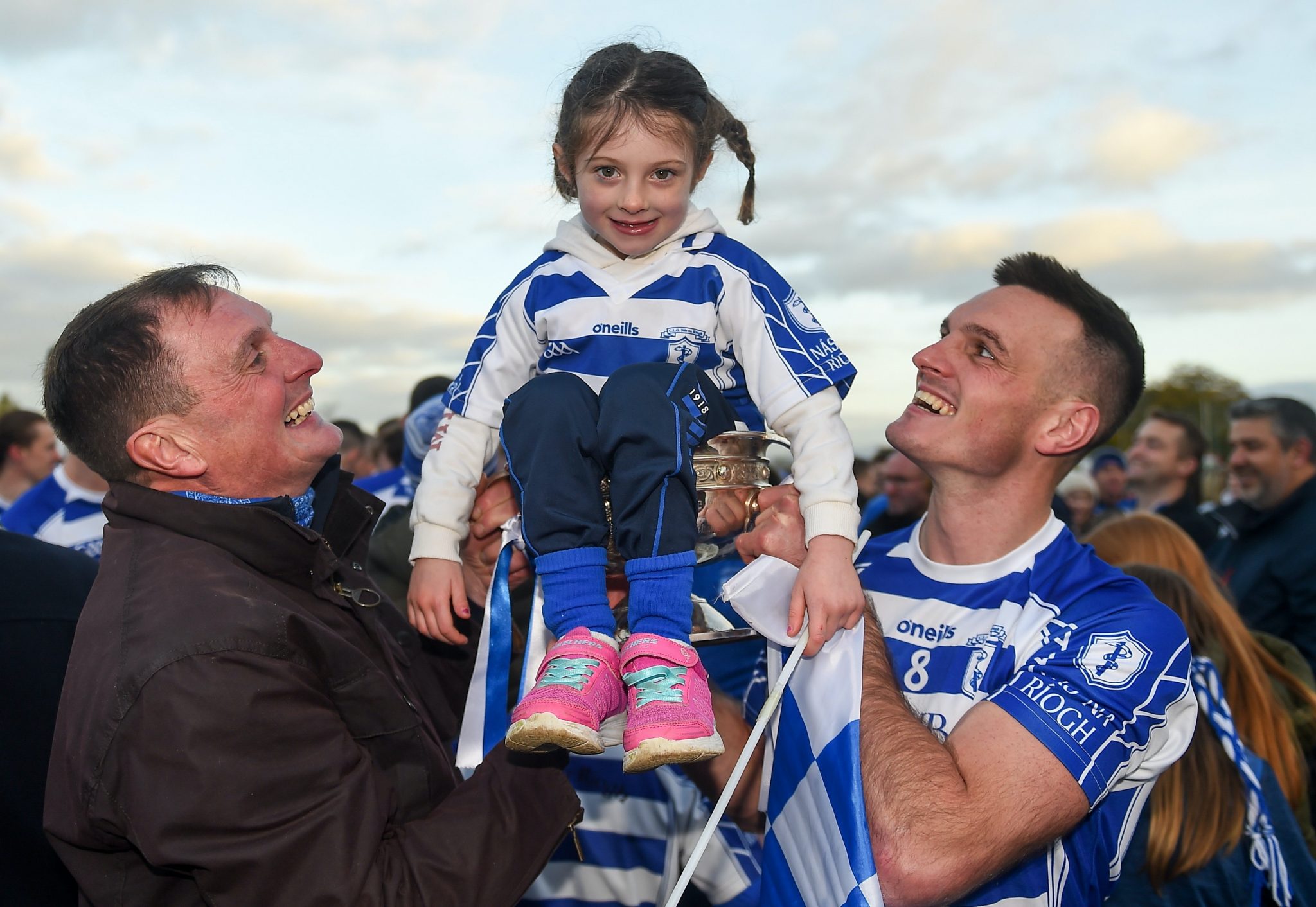 Isla Doyle gets lifted in the cup after the game, by her grandad Niall O'Connor, who was centre back on the last Naas team to win the championship in 1990, and her dad Eoin Doyle, who was also joint-manager of the team after the Kildare County Senior Club Football Championship Final


popular
Sean Dyche set to be named Everton manager after Marcelo Bielsa talks break down
Roy Keane flatly rejects longstanding perception of ex-Man United midfielder Paul Ince
Allianz National Football League Round 1: All the action and talking points
Roy Keane leaves ITV pundits in stitches after Pep Guardiola's pre-match interview
Conor McGregor hit by car ‘at full speed’ while cycling
Quiz: Identify these 15 football clubs that are not named after a place
"I don't like to fill my time that way" - O'Hora going his own way in an era of obsessives and covering all bases
You may also like
2 months ago
All provincial first round fixtures confirmed as race for All-Ireland club hots up
7 months ago
Jordan Flynn completes classic Mayo comeback with 35 yard lob with the last kick
10 months ago
The natural exuberance of schools footballers puts inter-county in the shade
10 months ago
GAA players refuse to give interviews after expenses row
11 months ago
Dessie Farrell on why Dublin keep losing games
11 months ago
Daniel Flynn is a rolls royce - he's the most exciting player to watch in Gaelic football
Next Page