Killian, Adrian, Tadhg and Gavin were only young lads at the time so they wouldn't really have understood.

Tadhg Morley was the first of them. In with the Kerry development squads. The people of Templenoe began to hear good things. It hit them like a ray of light.

For years let's not forget, it was grim stuff down here along the Atlantic Coast. 15-year-olds lined out alongside 49-year-olds as club stalwart Timmy Clifford recalls. Pat Spillane, for God sake, with his eight All-Ireland medals and nine All-Stars was playing at the lowest level of Kerry club football. At 45 and with a banjaxed knee. Just to keep Templenoe GAA club going. 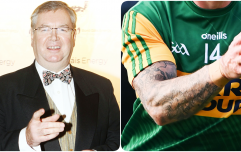 "It's giving the Kerry team a bad image. They don't look like footballers, they look like gurriers." - Liveline has peaked

END_OF_DOCUMENT_TOKEN_TO_BE_REPLACED

Just so they wouldn't fold. This was the club who refused to die.

And wasn't it worth living for. Now they're living large.

The four lads, the would be Kerry seniors arrived as offspring from the previous golden generation. Brothers Mike, Tom and Pat put them on the map back then, but they weren't the only good Templenoe players in the 70s and through the 80s into 90s. You had men like Mike Crowley (father of Gavin,) Timmy Clifford and co. too.

The genes were good no matter where you looked. 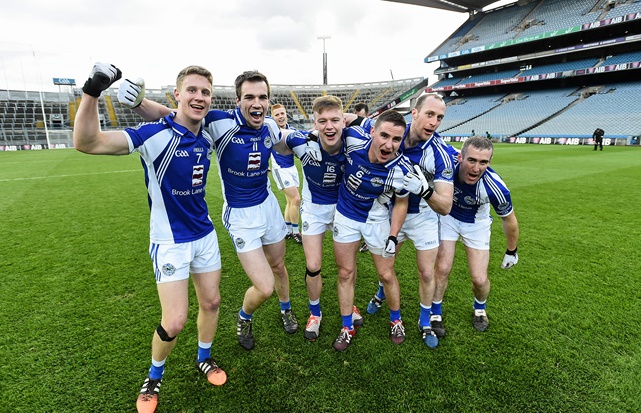 So Tadhg went into the development squads and he was followed by Adrian, Gavin, his twin Brian and last but not least Killian. The lads at home were just as important though.

A panel effort, Timmy Clifford is keen to stress it, helped them to the All-Ireland junior club title in 2016. 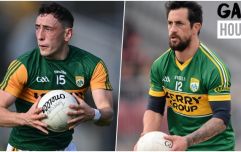 END_OF_DOCUMENT_TOKEN_TO_BE_REPLACED

"Huge credit has to go to the rest of the team as well for getting them, for pushing them that bit more. Do you know? And getting them to that stage. Where, do you know, When you’re playing in county finals and when you get to Division One, you’re in the limelight all the time," he tells us.

Templenoe were centre stage. Soon after that glorious Croke Park win, there was some more history to be made. Morley became the first Kerry senior from Templenoe since Tom Spillane.

The first of many. Adrian, Tom's son followed. And so did Gavin Crowley. It was all happening so quickly, but Killian couldn't be forgotten about.

He was the golden boy of the golden generation. Mike Crowley coached him much of the way up in Templenoe and he can attest to the excitement that surrounded this young forward. 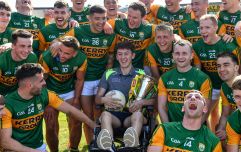 END_OF_DOCUMENT_TOKEN_TO_BE_REPLACED

He hit 0-5 from play in the 2014 All-Ireland final to help Kerry beat Donegal. The real deal.

"He was an exceptionally good minor, I think he got Munster minor player of the year and All-Ireland player of the year. Likewise at under-21...The automatic assumption would be that he’d go straight into the seniors..."

Pat Spillane, uncle of Killian was a very proud man on The Sunday Game.

Whether you like or don't like the Kerryman, his love for the GAA, Kerry and Templenoe is infectious.

What it's all about 👏 pic.twitter.com/0fXkfuGdfw

Killian took his time, but it was worth the wait.

"But look things happen, people have lives to live, maybe Killian decided for himself, look I'm going to relax for a year, build myself up. He's a big strong young lad now, but it does take time to get that power into the senior level..."

He's got the power now, as his late cameo showed the last day. Now, he's a weapon that will frighten the life out of Dublin in the replay.

“Sometimes it’s not a bad thing to give yourself a year or two to get into it, get used to it. Obviously the last day now when he scored that goal, it might have been a surprise to some, but we’ve seen him do that time and time again here…"


popular
"It's giving the Kerry team a bad image. They don't look like footballers, they look like gurriers." - Liveline has peaked
Bundee Aki overheard in the stands after Faf de Klerk hit on Conor Murray
Eoin Murphy's calls from the goals show Cork they're in for a completely different ball-game
"That's one of the best races I've ever had" - Coscoran kicks like a demon to seize the day
Gatland on his decision to start Bundee Aki, and drop Tadhg Beirne
The SportsJOE 12 o'clock quiz | Day 377
Aidan O'Shea better get to a telly soon after his All-Ireland semi-final admission