"I know for a fact I won't have to put hand in pocket for a pint in the next year, because the people of Tullaroan will buy them..."

You could travel the length and breadth of the country, you could go to games every Saturday and Sunday in the next year, but you will struggle to find a game more entertaining than the All-Ireland intermediate club final between Tullaroan of Kilkenny and Fr. O'Neill's of Cork.

It ebbed and flowed in Croke Park on Saturday night, it dipped and swung right until the final minute of injury time. But that was when Shane Walsh, the man for the big moment and the man of the match stepped up to decide it. John Walton won a hard ball and Walsh was roaring.

'An fear ceart' they said on TG4. Walsh shimmied left and stuck it high and handsome off his right, the 22-year-old's fifth from play on the night to go with five out of five frees.

It gave Tullaroan a 3-19 to 5-12 victory. They'll be partying for weeks in Kilkenny.

Turns out that man Walsh was only getting started.

Having 'canvassed' his way to the captaincy at the start of the year according to brother Padraig, the youngest of the Walsh brothers had a lot to live up to, but he proved himself both on the pitch and on the steps of the stand.

First, in Nowlan Park, this time, in Croke Park. 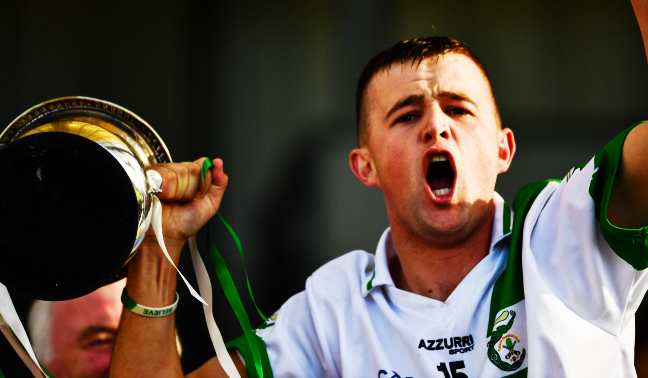 "He was going around canvassing, telling boys to vote for him at the AGM"

Four years. For Tullaroan, it felt like a decade. Traditionally you see, they're Kilkenny's most...

13 minutes passed in a flash as Walsh reeled off thank yous and wisecracks to leave Croke Park buzzing.

"I'd like to thank Croke Park, the pitch is like an astroturf out there. We've been training in a dog-bog in Tullaroan for the last few weeks, it's certainly not like that out there.

"Next, I'd like to thank AIB, for all the money we're getting," he laughed.

"I know for a fact I won't have to put hand in pocket for a pint in the next year, because the people of Tullaroan will buy it," he continued.

"I'd like to thank Glanbia for the dozens and dozens of litres of milk after every session..."

"To my own boss Michael Lyng motors,for giving me the next 2 weeks off, If ever there's a place to buy a car, after the 2 weeks,I'll be there..."

Next, he turned around to GAA director general Tom Ryan and the GAA higher-ups, asking them to ensure that teams can name more than 30 players on the programme for next year's final. Tullaroan had 39 players on their panel but could only name 30.

A nice touch to end a brilliant speech.

Listen to the speech in all its glory on the below link from TG4 from 1 hour 34 minutes.


popular
"I did enjoy Roy Keane absolutely sh*tting his pants when someone tougher than him challenged him"
The SportsJOE 12 o'clock quiz | Day 193
Johann van Graan addresses talk of Munster return for Simon Zebo
Josh van der Flier recalls first Leinster training session with Brian O'Driscoll
You'd be doing extremely well to get 100% in this US sports badge quiz
The SportsJOE 12 o'clock quiz | Day 192
QUIZ: Guess the Premier League footballer from their Wikipedia page
You may also like
2 weeks ago
Centre back Murphy loving life with the club as championship hots up in Kilkenny
2 weeks ago
"My own mother would go to three games on Saturday, three games on Sunday"
2 weeks ago
"There was only one puck after that, straight down on top of JJ, JJ caught it and that was it"
1 month ago
A team of hurling legends who didn't make their county minor teams
1 month ago
Kilkenny minor championship begins tonight, one team unsure if they'll be allowed to play
2 months ago
"I stay behind most evenings and I do that extra bit" - TJ's obsession
Next Page